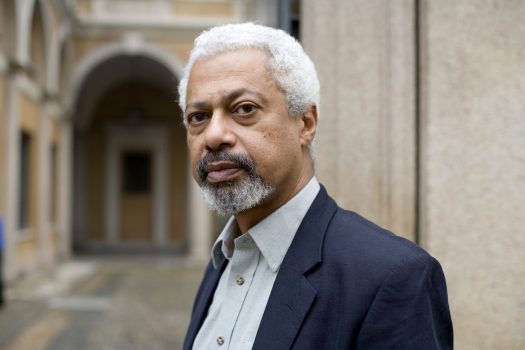 Abdulrazak Gurnah’s Nobel Prize Win and the Politics of Storytelling

It only seems that whatever work is done, the academy holds its right to certain reservations…

Abdulrazak Gurnah’s Nobel Prize win has brought unprecedented joy to black Africans. Gurnah was last week awarded the 2021 Nobel Prize in literature for “his uncompromising and compassionate penetration of the effects of colonialism and the fate of the refugee in the gulf between cultures and continents.” The laudable testimonial from the Nobel Prize committee dresses the work and achievements of Abdulrazak Gurnah in an apparel almost impossible to ignore.

Although many African readers have not read a lot from Gurnah, what he has done with his ten novels, numerous essays and short stories is impressive and widely celebrated today.

Interestingly, Gurnah’s win exposed the fact that he is not very popular in Africa, the US, and among avid readers and researchers of African literature. To this end, Gurnah has been termed an “obscure” writer whose legacy has only now been underscored by his winning of the prestigious Nobel prize.

Gurnah’s contribution to African literature is important, but many times when the Nobel prize in literature is awarded, the question arises as to who the writer’s body of work has affected the most. Who are the people that have read their books and been influenced by their thoughts? In Gurnah’s case, there are as well a number of writers whose works are better known to have illuminated the effects of colonialism between Europe and America. There is Nurrudin Farrah, as well as Ngũgĩ wa Thiong’o, one of Africa’s most important writers alive.

Over the years, African critics have become used to ignoring the Nobel committee’s bypassing of Thiong’o for the prize. More sadly for many, in 2016, the prize was awarded to Bob Dylan, an American singer, songwriter and author. The Thiong’o-(Nobel winner), in this case, -Gurnah binary has again been raised now that, five years later, the prize has come to a relatively less-known or influential African writer. This brings to the fore the politics behind the prize, and while Africa still rejoices on the award being given to one of its own, there are certain grey areas difficult to overlook in the engineering of the decision.

It wouldn’t have been surprising had Ngũgĩ received the prize years earlier for perhaps “His relentless and uncompromising exposition of the effects of colonialism and championing the decolonization of the mindset of African peoples” since there is a very interesting similarity in the trajectory of the works of both writers. Thiong’o’s works have shown the effect of colonialism in Africa, and Gurnah’s works have shown its effect outside Africa. The works of Ngũgĩ, that of Gurnah, and the reason for which the latter was awarded this year’s Nobel Prize all centre on one topic—Colonialism and its enduring effects on Africa. Colonialism in this case, being a two-sided coin between Africa and Europe, the Nobel prize has by its decision to give the prize to Gurnah after decades of seemingly ignoring Ngũgĩ, decided to shine its light on only the aspect of Europe which offers asylum and a tricky leverage to Africans trying to escape from the problems its colonial kinsmen created in Africa. It has shown the battlefield where the humanity of the colonialists, though imperfect, can be judged as humane. Simultaneously, it has attempted to take the light away from Africa where its inhumanity is shown and where the natives are clueless as to how to navigate the whims of neocolonialism. Perhaps, there is a chance to argue against this postulation, but there is no denying the intersection of its reality with the politics the Swedish academy has played over the years with its prize.

Gurnah is the first black African man to have won the prize since 1986 when Wole Soyinka became the first African laureate. In light of this, it is safe to say that Africa is underrepresented on the roll call of people who have actively written and published renowned works of literature for over a century. Even if Achebe and Ngũgĩ were added to the list, it would not be near to enough. Yet, in America, Europe and India, there have been deserving writers who have continuously been bypassed. The list ranges from Europeans like Leo Tolstoy, Graham Greene, Marcel Proust, Paul Valery, Simeone De Beauvoir; Americans like Philip Roth, John Updike, James Baldwin; and the Indian writer R.K Narayan, and a host of others. In the light of these, it may seem that the Swedish academy and its tendency to ignore many writers for certain writers is independent of nationality or place of origin. It only seems that whatever work is done, the academy holds its right to certain reservations.

In the case of Africa and Europe, colonialism has been the bone of contention. The works of both Gurnah and Thiong’o, although rooted in colonialism, mirror both sides of the issue. Gurnah’s works, on one hand, swipes from the vantage of refugees and immigrants fleeing from the problems in Africa, partly as a result of colonialism; here we have Africans running from their native land to be saved by the same people who are partly responsible for their troubles. Here, Europe with all its imperfections can be seen from a more humane angle. Thiong’o’s works, on the other hand, views the issue from the eyes of the indigenous natives struggling against the same problem, first from colonialism and then neocolonialism. In his works, he exposes the ugliness of colonialism.

Gurnah’s win with respect to his achievement is well-deserved. It has also raised a lot of questions among African literary circles: Why is this very accomplished writer so unknown even among literary circles, even by seasoned readers and researchers of African literature? How have his important books managed to find life in Europe, and is conspicuously missing in many bookshelves in Africa? There are those who do not admit to Gurnah’s obscurity, of course; yet the facts are there to see, even from the poll ran by the official Twitter handle of the Nobel Prize page where about 94% voted having not heard of Gurnah.

Have you read anything by Abdulrazak Gurnah?

Thanks to the Swedish academy, more Africans and indeed, readers from all over the world, will read Gurnah’s work. But we would do well to have it at the back of our minds to ascertain what could be the interesting angle concerning Africa the Swedish academy wants us to see and engage on our own terms. And we must do this, bearing in mind that stories are in and by themselves political.

Michael Chiedoziem Chukwudera is a writer, editor and freelance journalist. Follow him on Twitter @ChukwuderaEdozi. Or you can reach him at Chukwuderamichael@gmail.com