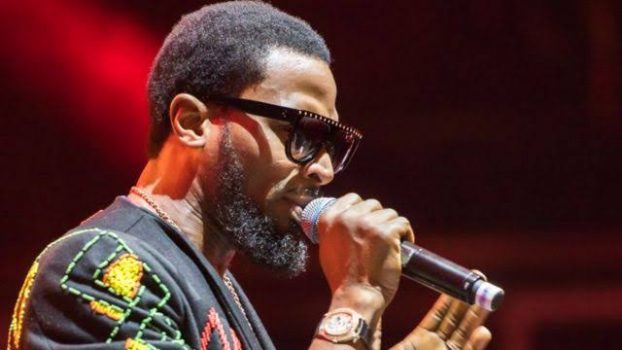 About two decades ago, D’banj, alongside his partner, Don Jazzy, marked their return to Nigeria with the release of the harmonica-based track “Tongolo.” With the spike in rotations of “Tongolo,” the then ruling party in Nigeria, the People’s Democratic Party, made it its campaign theme in the 2007 general elections. The song set the pace for the release of D’banj’s debut album “No Long Thing.”

His sophomore album, “Rundown Funk U Up,” created an opportunity for D’banj to prove that the runaway success of his debut was not a fluke; he took the opportunity with both hands. By the time he released his “The Entertainer” album in 2008, D’banj was already very successful in the Nigerian music scene. The album, which has been referred to as his magnum opus, included tracks like “Suddenly,” “Igwe,” “Fall in Love,” and many others.

“Oliver Twist,” a raucous take on D’banj’s love for women, crossed over to the UK market in 2012, and reached No. 2 on the UK R&B chart. A year before this success. D’banj and Don Jazzy got signed to Kanye West’s Good Music record label. The joyous news soon turned sour for fans when, in Q2 2012, both singers announced their separation which birthed Don Jazzy’s Mavins Record and D’banj’s DKM Records. While D’banj released a collaborative album in 2013 that garnered mixed reviews, Don Jazzy groomed new school artists like Reekado Banks, Korede Bello, Dija, and others after.

Almost a decade after the separation, D’banj seems to have found it difficult to record a smash hit that can compete with those he made with Don Jazzy. What his fans had to deal with was a business-oriented artiste with growing interests in telecom, oil and gas, real estate, agriculture, and other non-musical concerns. Music seemed to have taken a back seat for him. However, the story changed for the better a few weeks ago as the self-proclaimed Eja Nla released an 8-track album titled “Stress Free, Chapter 1” in collaboration with Femi Kuti’s Egypt ’80.

“Stress Free” comes a year after D’banj was levelled with a rape allegation and three years after losing his son to a swimming pool accident. D’banj seems to have regained his composure. On this new album, he sets on a mission to entertain his fans. With a production anchored on wind instruments and drums, D’banj becomes a preacher of hedonism with his raunchy emphasis and references to ikebe (a woman’s rear). Even when the lyrics falter, the saxophones, strings, and trumpets save the day.

“Banga,” the opening track, functions to reintroduce the artiste and roll out a scroll of his achievement to the new school music audience. The onomatopoeic hooks and chants serve as the melody for the trumpet and saxophone-based track.

Egypt ’80 band, Seun Kuti’s saxophone, and other instrumentation run on all the tracks, giving the album a complete Afrobeat vibe, a departure from what is popular in the Nigeria music industry. Seun gets close to taking the shine with his sax solo on the bouncy, futuristic horn, synth-flavoured title track, “Stress Free.” The music is close to becoming discordant at this point.

“Welcome to Lagos” is a mishap at curating a Lagos anthem. Chris Ajilo as well as Fatai Rolling Dollar, already did justice to that trope. It might be argued that D’banj wanted a pop-centric tribute, but he fails to stick to the script. However, he makes a good attempt.

D’banj was only 17 when Fela Anikulapo Kuti passed away in 1997. He has always regarded the Afrobeat pioneer as one of his musical inspirations. On this album, D’banj pays tribute to Fela through sound infusion and titles. D’banj appropriates the title of Fela’s 1977 confrontational track track, “Zombie” but with a wider tweak. This time around, it is a nod to a love conquest. A plea for reciprocated love, D’banj serenades his imaginary lover with superfluous lyrics and chants with the instrumental hinging on strings, drums, saxophones, synths, etc. The segue to Jah and back was needless and could have been excused.

Cheekychizzy co-produced six tracks and also did vocals on “Big Vibe.” On the amapiano-sampled track, Cheekychizzy takes over, nearly suppressing D’banj’s much-touted vibrancy. If Burna Boy and D’banj drowned Cheekychizzy’s shine on “Avocado,” “Big Vibe” proved to be the opportunity to measure up. He surely did.

The Rexxie-produced “Ikebe” is a fun and funky tribute to the African woman’s backside, and it shares a similarity with “Open the Roof,” a track which the album could have done without.

Emmanuel Daraloye is a music journalist. His work has appeared on The Lagos Review, Legit NG, The Cable, Vanguard Newspaper, and others.