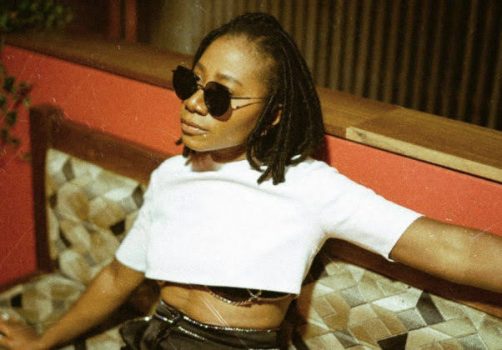 Aṣa’s Experiment With “V” is a Timely Evolution of Craft

Aṣa in recent times, has fallen vulnerable to the possessive metric critics have viewed her art, and also the expectation of some of her fans. The possessiveness has tended to narrow the metrics with which Aṣa’s music should be judged…

Fifteen years after Aṣa broke into the spotlight, asides being phenomenal for the most part of it, she has proven to be one of those artistes who spend the larger part of their careers trying to measure up to the ingenuity of the body of work which first announced them to the world. Aṣa is one of those artistes of whom not just quality, but quality of a certain measure is expected. With Beautiful Imperfections and Bed of Stones,  Aṣa measured up to a high degree of excellence in her career. However, with the release of her fourth LP, Lucid, there were a lot of critical verdicts which began to suggest that, perhaps, the artiste would not again touch that height of genius which announced her to the world in 2007 with Asha. The critic, Dami Ajayi had gone as far as stating that “Twelve years and four LP albums later, Aṣa’s career trajectory seems blunted.” A position on which he has since reneged, after declaring V a classic upon release.

The definitive criticism for Lucid was that it was Aṣa simply treading that familiar path and it sprung no surprises. It was true to a large extent, because many of the songs were formulaic, and had siblings in other discographies which some people argue are better than the tracks in Lucid. The problem with this kind of criticism is that it seems to suggest that an art cannot be profound if it is not defined by the element of “surprise,” and it relegates the place of consistency, or mastery, as the case may be. It forgets that, sometimes, an aspect of art has to be stated and restated for it to become as lucid as the album was titled. But if Lucid did not fly because it lacked an element of surprise, V assumes that height effortlessly because on both sides of the [positive and negative] divides of the myriads of opinions being formed about the songs, there are surprised parties.

Among the critics not buying the surprise, Emmanuel Daralaoye, immediately after the album was put out, wrote on his facebook page, “Aṣa fell off… V ranks low in Aṣa’s discography; it’s an attempt to appeal to a new audience, make a move to capture a new market, and essentially to show the versatility of Bukola Elemide [Aṣa] –which she struggles with.” Carl Terver, another critic, more careful in his assertions, asks if Aṣa and her record label are happy, even going as far as positing that the artiste, aside from Mayana, doesn’t sound happy in the LP.

But Aṣa reportedly told Emmanuel Esomnofu, a journalist at Native Mag, that she has never put out an album she was not happy with. The problem with the dissatisfaction expressed by Terver and Daralaoye is than it is much too centred on personal perception that it is objective.

Aṣa in recent times, has fallen vulnerable to the possessive metric critics have viewed her art, and also the expectation of some of her fans. The possessiveness has tended to narrow the metrics with which Aṣa’s music should be judged. On one hand, there is the expectation for the artiste to meet a certain standard of lyrical prowess. On the other hand, her sound is expected to be as soulful and deep as we have known her—and at the same time, give goosebumps, and meet her fans where they are psychologically and emotionally every few years after the last project. This is despite the fact that the listener is not necessarily the same person they were when the last project dropped, and neither is the artiste. The onus has been on Aṣa for this long to always bridge the gap and meet a certain class of her fans where they are, despite the changes from both ends. But sometimes, as a result of growth in different directions from both sides, spectators often grow apart from our favourite artistes, and this is not necessarily a failure on the part of the artiste. Changes like these might bid goodbye to old fans, but it can also welcome new ones to the fold.

What Aṣa has created caters to the new generation, and in the process, she has left many of her old timers hanging. But then, there are always the first four albums to return to. And while V may not be at par, depth-wise, with her former projects, it has the advantage of being something totally new in 2022. Aṣa’s evolution and ultimate adaptation to new sounds, and her heading in the new direction which Nigerian music has evolved is a testament to her immense talent and versatility more than it is “the derailing from the Aṣa we know” that it is taunted to be in certain quarters. She threaded a certain path very well for over a decade, made her mark there and has transitioned at the right time when the world is still open to new things from her. It could be well too late in five years time to make this change with the steady influx of new talents into the scene.

It is futile to attempt mentioning all the names of artistes from the country who have faded away for failing to evolve when it was timely. The last three years in the Nigerian music industry has been defined by artistic evolution. Adekunle Gold’s transition from his initial Highlife sound to Afro beats is the most striking evolution in the industry. Even now, some of the heavyweights in the industry Wizkid, Burna Boy, Olamide, have tweaked their sounds to stay afloat with the influx of the new Gen-Z artistes who are dominating the industry. That Aṣa has more depth and has been seen to be in a world of her own for so long should be no reason why she cannot key into the essential change. Yes, changes like these sometimes betray an existential anxiety, but rigidity in art leaves the artiste vulnerable to be swept off in the event of a wind of change, powerful as a wave sweeping through an ocean shore.

V is not a perfect album. It is not even Aṣa’s best. As she told Native Magazine, “On ‘V’ it was a combination of being vulnerable and allowing myself not to think too much, not to be perfect, not to be precious.” Yet V is fated to do more for her career trajectory than Lucid, and only falls behind the genius of Asha and the ingenuity of Bed of Stones.

Transitioning to a new sound, even for the most talented artistes, is often a struggle, especially when the movement is from a sound which the artiste has mastered so much, like a comfortable pair of shoes. Aṣa’s case is no different. Her mastery of the sound in V falls, perhaps, behind what is attainable in most of her projects. She is unable to be her philosophical self here, and like Olamide in UY Scuti, she is not speaking as much Yoruba as she normally does. Yet she does quite well to have completed the transition in less than three years which is about as short an interval as it gets in-between albums from Aṣa.

Listening to the LP, in “Mayana” and “Ocean,” the first time listener may wonder what is going on with this new Aṣa (there certainly is a new Aṣa) but from “I Don’t Go” (IDG) with Wizkid down to the sixth song in the discography, “Morning Man,” the album is clearly defined. Then comes the diversion which comes in “Good Times” with The Cavemen. and “Believer,” which carries the old Aṣa more than any of the other songs in the LP and are the only songs in the project not discussing love in the context of relationship — directly or indirectly — and caves way for the last two tracks, “All I Ever Wanted,” and the Ámápiano “Love Me or Give Me Red Wine.” Summarily, V is a love album about love, friendship and belief and compared to Aṣa’s last two discographies, is very positive in its outlook on things. 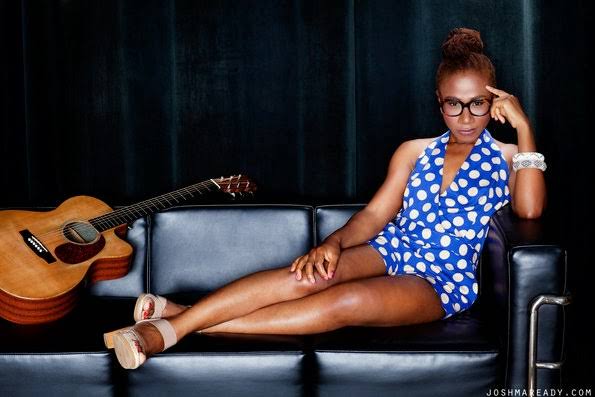 What Aṣa and the 20-year old prodigy, P-prime who engineered most of the album, have produced is a successful experiment, surprising and loved by many upon release. It is a project that has aroused scepticism in some, yet is fated to succeed. It is an album likely to age better with time like Wizkid’s Made in Lagos, a kind of project that can grow further on the skin listeners over time.