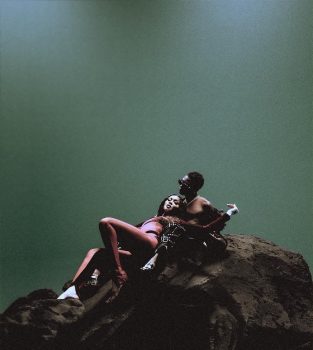 Wizkid finally drops the visuals for his sensual tune titled “True Love.” The song features Tay Iwar and Projexx. The track was produced by Juls and the video was directed by the Australian-American Nabil Elderkin, famous for shooting music videos for high-profile artistes such as Kanye West and Frank Ocean.

Stars don’t often come any better than Afrobeats high-ranking ambassador, Wizkid. The music icon is at the pinnacle of artistic success. He has enjoyed a stellar career, purely borne out of a relentless bombardment of good music and hit records throughout the course of the last decade, thereby placing him at the upper echelons of the music business. Afrobeats is currently changing the world, and Wizkid is its mascot. The Nigerian born singer has a maniacal fanbase called “Wizkid FC,” a cult-like following tirelessly demonstrating their unwavering support and loyalty for the Starboy act at all times. The “Ojuelegba” crooner recently achieved a remarkable feat in December 2021 by selling out the O2 arena in London three days in a row with his Grammy-nominated Made in Lagos concert. He was joined on stage by a league of other Nigerian super stars like Tems, BNXN, Bella Shmurda, Ckay, Lojay, and a host of others.

“Big Wiz” needs no lectures on how to serve fans thrilling visuals to complement his hits. He has a knack for thorough selection of the perfect muse to properly represent and illustrate his vision for any project. For his 2019 highly-talked-about music video for his song “Fever,” he surprised fans by teaming up with the Afrobeats goddess, Tiwa Savage. The pair clicked beautifully on screen. And now for “True Love,” Wizkid invites Jamaican- Canadian model, Winnie Harlow to depict this love epic.

“Thank you so much for having me wizkidayo. Capturing stories in film is something that speaks to me so much so when I heard you wanted me to be a part of the storytelling for one of my favorite songs I was overjoyed!” Harlow wrote on her Instagram page after the shoot.

Good music can often have a psychedelic effect on the listener. “True Love” which happens to be one of my favourite songs on the Made in Lagos LP is definitely in that category. The video ran for a playtime of four minutes and eleven seconds. Wizkid walks in to what appears to be a gladiatorial arena, looking sharp and fully costumed in an all black rock star inspired Fendi outfit. As he gets closer to the center of the arena which was originally a swimming pool, a large painted rock suddenly emerges out of the ground, and he climbs on it and starts performing the song. Seasons keep changing in the video, going from raining heavily at times to clear and sunny skies, and then back to the cloudy and stormy weather. The beautiful Harlow was introduced to the scene nicely at exactly 1:25 playtime with a superb medium close-up shot on her as she danced rhythmically with her hands and head to the song. The model then walks in elegantly and climbs the same rock Wizkid is standing on. The pair start dancing to the song, with their bodies intimately and passionately touching each other. Intermittently showing in between scenes are two brown skin models belly dancing to the song as well. The video ends with Harlow dragging Wizkid down from the rock and then taking him away, while the video fades off with a low-angle shot of the moon.

Elderkin took some superb angles of Wizkid and Harlow in this dark-coloured inspired themed visual. At 1:52, Elderkin captured beautifully from a bird’s eye view Wizkid and Harlow standing on the painted rock situated right at the center of the arena. A bird’s eye view is the name given to a shot taken from an elevated point. As the name indicates, it offers a perspective similar to that which birds see while flying. This camera angle is used to magnify the scale and movement of the subject in the frame. At 2:19, the video director took another sensational long-shot, capturing Harlow performing seductively for Wizkid as he lies on his back on the rock. She is later seen caressing him softly. A long shot captures the subject within a wide view of their surroundings. It gives the viewers a sense of perspective as they can see how the subject relates with their environment.

Another of my favourite scenes was a superb two-shot taken of the pair as Wizkid holds Harlow’s hand while she walks up the rock to be with him. A two-shot includes two subjects in the frame who don’t necessarily have to be next to each other, nor given equal treatment.

In the video, the chemistry between Wizkid and Harlow is very natural. The pair seemed to be enjoying each other’s company, leaving fans thirsting for more. Elderkin did a great job with this unique visual representation of “True Love.”

Omowale Michael Bokinni is a trained Cinematographer and Screenwriter. He is an alumnus of the prestigious Royal Arts Academy Lagos. Passionate about all things music, movies and entertainment in general. He is also an actor who has featured in a number of Nollywood movies. Most recent; The Royal Arts blockbuster “Bitter Pill” Instagram @omowalebokknni. Twitter @bokinnio.