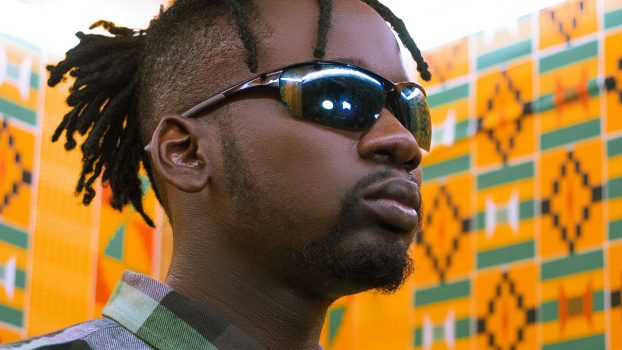 The year was 2016. I was twenty-five, working at a job which I hated so much, and I had recently checked into therapy. Being a customer service officer at a first-generation bank meant that you had to turn in your mobile phone by 7:20am and would only have access to it again from 6:00pm. I would be too tired to call or text by the time I got home by 9:30pm, I missed mails inviting me for interviews, and my friendships as well as my social skills suffered. I still find it hard to take phone calls to this day.

Beyond the red jackets which had the ring of a slave plantation, working at a sensitive branch office where acquaintances of the MD held accounts meant that there was no time to even eat, but after close of business the TV in the banking hall would be switched on, and one odd Wednesday evening I stumbled on a music video that piqued my interest.

It was Eugy’s “Dance For Me”, and delivering the hook was this dark, slender young man. I would later find out that the straw hat-wearing individual who kept saying “Shoki for me, and Dab” was named Mr. Eazi, that he had been signed to the Starboy music label, and that there was a debate as to whether he was Nigerian or Ghanaian. Few months down the line, curiousity had evolved to enthusiasm as I sang along to the lyrics “you think say the world dey revolve around your bumbum“, and by the time the visuals for “Leg Over” dropped, I was sold on his craft.

It is telling that in recent times, whenever the discussion on Nigeria’s biggest acts is brought up, his name is inadvertently omitted from the conversation. There are the “Big Three” – the two Grammy winners and the one who emphasises on rising by lifting others – and then there is Olamide (who has churned out at least two smash hits every year since 2011), but somehow it is easy and convenient to forget how much this mechanical engineer-turned-musician has contributed to the culture since his emergence in the mid-2010s.

If you don’t study closely, you’d be tempted to assume that Mr Eazi “stopped being relevant”, per his music. The truth, however is that he just became more strategic with rolling out his art. He has collaborated with lots of artists, from Major Lazer to Nicki Minaj, & he bagged a Latin Grammy (for his contribution to J Balvin’s “Arcoiris” off the latter’s 2019 album Colores).

There is the argument that Mr. Eazi’s music career dipped after (some) Nigerians turned their back on him, following his claim that Ghanaian music influenced Nigerian music. The general reasoning is that his post-2017 songs are not exactly regarded as hits, and the relative lack of airplay on local radio attempts to lend credence to this assumption, but the numbers tell a different story: his songs have amassed over 1 billion streams on Spotify. So much for” falling off”.

He has also been criticised for alienating his earliest fans by changing his style of music. The question is, are creatives not allowed to stretch, to experiment, to try appealing to other audiences? People say he has deviated from the Banku music which he pioneered; I’m of the opinion that he has exported it and made it more marketable. Ice cream does not lose its original nature simply because oreos and a little alcohol are added to it.

I understand that there are those who miss the Mr Eazi that churned out “Skin Tight”, “Sample” and “Hold Up”. I do, too, and as a matter of fact I’m one of those who believe that his contribution to DJ Spinall’s “Ohema” is the best thing he has done from an artistic perspective. The reality, however, is that Life Is Easy, Vol. 1: Accra to Lagos was released four years ago,and he’s just not that guy anymore. Same goes for “Pour Me Water” and “Surrender”: if you miss his old sound, you may want to check out his 2017 and 2018 mixtapes.

Somehow, he’s managed to balance the business with the craft. From his Empawa initiative to his proposal suggesting that audiences earn royalties when his music is streamed, you can tell that the 29-year-old is very deliberate with his moves.

By the way, his recent single “Lento” (ft. J. Balvin) slaps really hard. It may not possess the sonic nuance of “Pour Me Water” or the artistic purity of “Tilapia”, but there is a flavour to it which is simply irresistible, as the positive reception of the song’s dance video shows. Reggaeton as a genre of music owes its existence to a significant level of Afro-Caribbean influence, so blending it with Afrobeat is like adding two sachets’ worth of peppery tomato paste to a bowl of fresh pepper. It works.