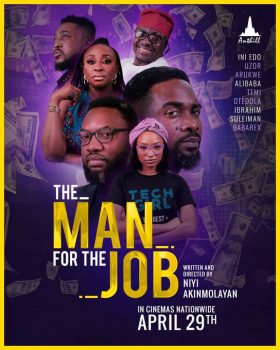 “The Man for the Job” Review: More Is Less in Niyi Akinmolayan’s Tech-World Crime Thriller

The movie is at its best when it is being relatively simple, but when it becomes complicated, it becomes so messy that it has to end with a laborious explanation that doesn’t get the job done…

The first one hour of Niyi Akinmolayan’s (The Arbitration, Chief Daddy) latest offering, The Man for the Job, a tech-world crime thriller, is simply solid. It is almost slow-burn, but not quite, in the way it unfolds. It is wonderful, really, not just for how it uses its tech lingo beautifully well without overkill, or for how it delivers the most natural and interesting dialogues, but mostly for the manner in which it unpacks its story without fuss or any form of excessiveness.

The Man for the Job stars Uzor Arukwe as Joseph, a hardworking tech wiz who has to put his talents aside to maintain a stable job as a banker because of his peculiar family situation. Joseph is married to Eseohe (played by Ini Edo), and their relatively young marriage is blessed with two children. Their son suffers from sickle cell anaemia and requires special care, so Eseohe has to leave her own stable job and take up a business making small chops from home. Joseph cannot take any risks that may put his stable income at risk. Plus, he and his wife have plans to relocate their family out of Nigeria to a country where they can get free healthcare for their son, so he needs all the money he can raise. But with their son’s sickle cell crisis getting triggered more often, Joseph has to supplement his income somehow. So he signs up to drive for a cab hailing service.

That’s when he encounters Zina, played by Temi Otedola in her first role since her acting debut in Citation, a younger tech wiz who wears a new “Tech Sis” t-shirt every day. As he drives her home, he overhears her struggle with her coding and offers to help, beginning a new friendship of sorts that doubles as a side hustle. She’s a generous tipper who needs him to solve problems for her that she ought to be solving for the startup that she works for, and he enjoys being back in the tech game anyway, so it’s a mutually beneficial arrangement. But his new stream of income starts to affect his work-family balance. And on top of that, he soon finds himself embroiled in a plot when the startup’s software that Zina gave him access to is used in stealing from the startup and its customers, making him a suspect.

Akinmolayan, who is also credited as the screenwriter, uses the first half of the movie to tell Joseph’s relatable story with sufficient depth while also portraying onscreen a burgeoning industry that has had very little representation in Nollywood. With a nagging scarcity of local tech-film precedents, it is satisfying to see Akinmolayan bring a Nollywood tech-world movie to the big screen while retaining the Nigerian reality and familiarity, especially in this age of painting African films with a Hollywood brush. He is deliberate about how he presents the industry, taking care to avoid stereotypes and to escape falling into the trap of overcrowding the scenes and the story with every little tech-world Easter egg.

For that first hour, there is precision in the storytelling. Every scene is a part of the story that is actually needed. Every flashback serves a purpose and actually helps to further the story without causing confusion. Every active character is part of the actual plot. Nothing is a waste and nothing is wasted. By the end of the first half, because the film is supposed to run for two hours and five minutes, it is obvious that there is still a lot that will be unpacked. And there are high hopes, because the first half has done so well that it difficult to imagine the movie falling off the rails. 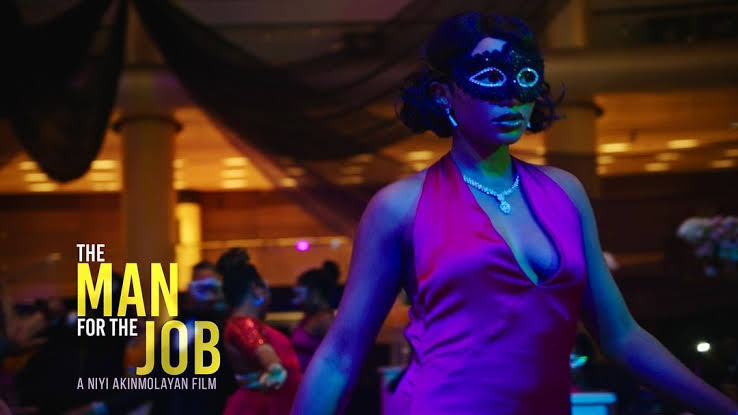 But once The Man for the Job hits the one hour mark, things start to go south, and the deliberateness that underscored the first half gets lost. The plot becomes jumbled up, and the flashbacks start to feel out of place and difficult to follow. The protagonist (whether Joseph really is the protagonist becomes unclear at this point, but if he was referred to as “the man for the job” that many times, then, he has to be, right?) gets relegated to the background, and his wife takes front seat. Said wife becomes the leading character in most of the one too many unnecessary scenes in the second half of the movie. There’s a slightly funny scene where she fights a man who sexually harasses her at a computer village, two or three beautifully crafted scenes through which we discover that she hasn’t fully gotten rid of a smoking habit which we’re also just discovering that she has, and a magnificent sequence where she sort of goes undercover at a mask party at the famous Eko Hotels—mostly interesting scenes but ultimately extraneous.

These issues arise majorly because of the film’s attempt to create a series of unexpected events through which it will reveal the mystery of who really stole from the startup. But the journey it takes to get there is almost more tedious than it is entertaining. The experience is reminiscent of Akinmolayan’s earlier work in The Set Up, whose screenplay was written by Chinaza “Naz” Onuzo (The Arbitration, Superstar). But the method, if it can be called a method at all, worked better in the previous film than it does in the present one, even if the previous film might not be quite as good overall as the present. 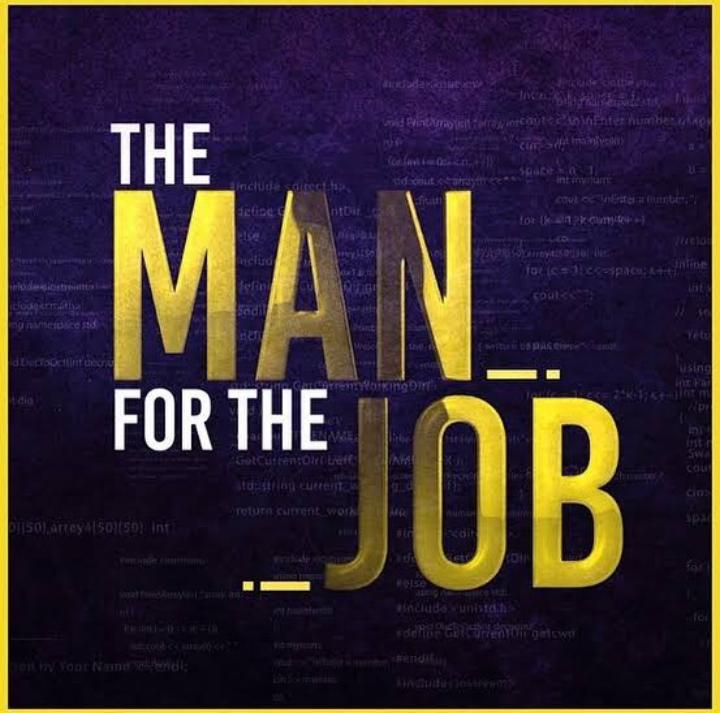 Less is more, they say. In the case of The Man for the Job, that sentiment cannot be any truer. The movie is at its best when it is being relatively simple, but when it becomes complicated, it becomes so messy that it has to end with a laborious explanation that doesn’t get the job done.

Well, at least, Nollywood now has a decent startup movie. At least, there is now a precedent for future Nigerian films that are built around the world of tech bros and coder girls. Hopefully, the next one will build on the strengths of Akinmolayan’s movie and work on the weaknesses. Maybe the next one will have a story that is as good as that of The Man for the Job, and an execution that is so much better.

Niyi Akinmolayan Nollywood Tech The Man for the Job