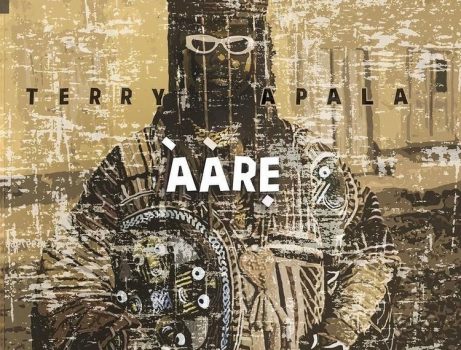 Terry Apala Takes Àpàlà to a New Level on Ààrẹ

Rather than spread his wings on the myriad of streaming channels around, Terry Apala dedicated his energy to one. This might have paid off, as the album, Ààrẹ currently has 186,000 plus streams on the platform…

Long before Afrobeat, Juju, or Fuji music, there was a genre of African music called Àpàlà music which originated in the 1930s from the Ijebu area of Yorubaland.

It became one of the standout music when the country gained independence in 1960.

Apala music merges pitched-up vocals sung in the Yoruba language, alongside the Agidigbo (a thumb piano), talking drums, and other African instruments.

Alhaji Haruna Ishola and Ayinla Omowura were some of the distinguished Àpàlà singers during their days. By the 1980s, the duo passed on. But even before their demise, there was a relapse in the sounds as music consumers were now more accosted to Juju, and later Fuji music.

In the year 2000, Musiliu Haruna Ishola, son of the late Haruna Ishola released the classic album “Soyoyo,” to critical and commercial success. This marked a reawakening to the Àpàlà genre.

While Afrobeats was in its formative years, a young lad named Terry Alexandar Ejeh later known as Terry Apala was honing his musical talent in a church in Mushin, a ghetto in Lagos, and also with a group called Mezo Soprano, where he performed as lead vocalist. Their hard work was crowned when they won a prize at the launch of Kanu Nwankwo’s Heart Foundation in Lagos.

The success was short-lived as the group disbanded a few years later. However, this never stopped Terry Apala from developing himself. The Isoko native made singer Papa Wemba and others his muse, dedicated more time to Àpàlà music, and paid attention to the proverbs, anecdotes, and stories that Yorubas are known for.

In 2013, the chance to test the water was prodded by veteran music producer, Pheelz as he featured him alongside Olamide, Phyno, Orezi in “Serekode.” Although he took the last verse, his delivery was topnotch to warrant some repeat from anyone who played the song.

The Sess-produced Champagne Showers (2016) opened Terry to fans, that by the time he released his cover of Ed Sheeran’s “Shape of You,” “Bad Girl,” “That’s Wassup,” in 2017, it became glaring that a new star was born. One of Nigerian smartest genre-benders was in the works.

Terry Apala’s biggest run was between 2016 and 2018 when got some nominations in prestigious awards in Nigeria. Apala was nominated as Rookie of the Year at the 2016 The Headies Awards. He also won Best Music Cover of the Year (International) for “Shape Of You” at the 2017 City People Music Award.

In 2019, Apala ditched his record label, Nelson Jack Music, and went independent. His independence has however failed to birth any breakthrough so far. While he has released songs with top artists like CDQ and Niniola, none have been able to go mainstream or court the attention of the public. In the latter part of 2020, he released a collaborative extended project with Major Banks, “Major Vibez” which turned out to be a beautiful project undermined by poor promotion. Two years later, and Apala is back with another project, Ààrẹ.

Terry Apala’s debut album was released over the weekend. The album has been in the works for more than two years, and he had, on almost every interview, reminded his fans to watch out for his album. On his Instagram account, too, he drummed in this gospel. The anticipation built greater crescendo two months ago.

Ààrẹ is a ten-track album that featured the likes of Ladipoe, MI Abaga, Psycho YP, Duncan Mighty, and many others. It was exclusively released on Boomplay—a popular streaming platform in Nigeria.

Rather than spread his wings on the myriad of streaming channels around, Apala dedicated his energy to one. This might have paid off, as the album currently has 186,000 plus streams on the platform. 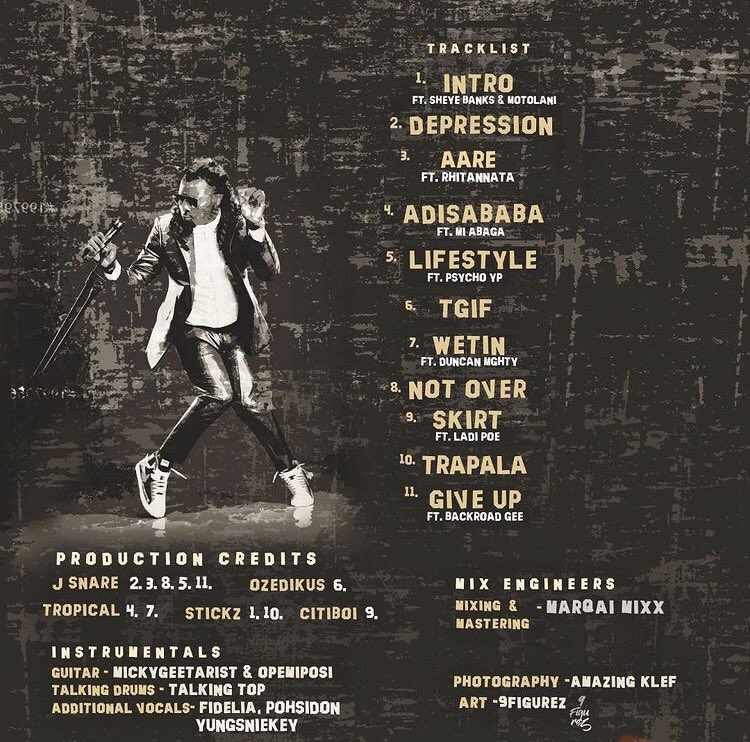 The album opens with an introduction by music critic, Motolani Alake and On-Air Personality (OAP) Sheye Banks. Beyond serving as an appetizer before the main meal, this intro is a peek at what Apala has been into, his mistakes, and the way forward. It also takes the listeners to his last project “Major Vibes.”

The talking drum is one of the dominant features of Àpàlà music. Making the instrument conspicuous on this intro was a smart move. This ran through most of the tracks.

Artists like Mr. Olu Apala (Oluwe) and Q Dot have both explored Àpàlà from various angles. The former had one of the biggest songs, “Oluwe” in 2009, and even though the success was short-lived, it still gives off hope of resuscitation for the Àpàlà sound. Terry might have just leveled up on their foundational works.

“Depression” properly opens the album. The vulnerable Terry comes to play. In 2021, as well as with the challenges he faced with his music, he lost his mother. One recurring decimal on this project would be Terry’s storytelling which, in some way, has some personal undertone. While, it seemed, Apala deliberately avoided divulging his personal life, it was obvious he was speaking from personal experience or those of the people around him. “Depression,” in some ways, takes the fans through what has led to his on and off relationship with music in the last 20 months or more.

Ààrẹ featured the Moroccan singer Ritanatha. While Terry bemoans the discrimination in the music industry, Ritanatha took it to another level by doing a ballad, crooning and riding the wave with her sweet vocals.

“Adis Ababa” is hinged on horns, choral backup, and it explores love as well as the place of money in relationships. He collaborated with Nigeria’s foremost rapper, MI Abaga who delivered a multisyllabic rap verse.

Apala rarely posts on social media, but when he does, it always revolves around his music and shows. He is one of the outliers in the industry who don’t take social media seriously. He makes that known on “Lifestyle” alongside rapper, Psycho YP.

Duncan Mighty comes through on the Highlife-flavoured track “Wetin.” For anyone who thinks Terry Apala can only be restricted to Apala and Hip-hop, they might need to have a rethink. His versatility is laid bare.

Parties and praise-singing are two strong elements of Àpàlà music, Terry adheres more to the former while he picks on heartbreak. On “Not Over,” he laments about his girlfriend’s despicable behaviour.

London-based rapper, Backroad Gee teamed up with Terry Apala on the Rnb/Grime/Apala “Give up.” Apala made a seamless transition to the end.

Terry Apala’s Ààrẹ album is Funkified Apala sound at its peak. It makes up for its lateness with its astute storytelling, pristine sound infusions, seamless features, and a well-timed spin.

When Apala, like most other artistes, said after releasing the album, that he put his heart and soul into the project, I paid the cliche no heed. However, after more than ten rotations of the album, I had no choice but to agree with Apala. He poured his soul into Ààrẹ.