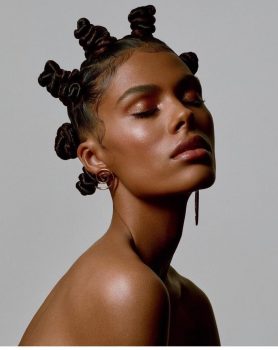 Hair plays a major role in how people look. And especially for black women, having our hair create a special look for us is one of the many perks of being African. Textured in different ways, our hair gives us the chance to explore options, and although there is still discrimination against “black hair” in a few parts of the world, it is refreshing how black women are beginning to own their image and wear their hair like a crown, both figuratively and literally. The beauty of the Afro-style was seen when Zendaya, at the Instyle Awards red carpet in 2017, came in an Afro to promote her African roots, acknowledging the influence of her aunties as well as Angela Davis. Also, at the Beautycon festival in 2018, she emphasised that colourism within the beauty and entertainment industries needed to end.

“As a light-skinned black woman it’s important that I’m using my privilege, my platform, to show you how much beauty there is in the African-American community,” she was quoted to say. She also noted that she was “Hollywood’s acceptable version of a black girl.”

Fashion is dominant, and Beyoncé makes this clear when she treats our eyes to the sights of rich African cultures and styles in her Black is King album. The hairstyles featured in her album trace back to ancient and traditional styles from Africans. The styles are a celebration of the royal past of Africans, and the restoration of the future to come. Beyoncé honours the Zulus with a feature of the Bantu Knots, and wore the braided crown inspired by the Mangbetu people of Eastern Congo.

In 2021, during her Savage X Fenty fashion show, although this brought up criticisms of cultural appropriation, Rihanna styled in braids all the models walking the runway, including non-black models like Emily Ratajkowski and Vanessa Hudgens.

For African natives, hair wasn’t just about beauty or styling, but drove deeper to a spiritual path. This is discussed in detail by writer Erin Blakemore in her article, “A Guide to Ancient Magic,” where she discussed in detail the truth about magic and the spiritual elements usable to perform or activate the magic. These spiritual elements include amulets, bones, curse dolls and hair. Being a detachable part of the body, the tiniest strand of hair is a powerful source of connection to its carrier.

However, most of these beliefs and styles have evolved, and like circles, most of them have resurfaced with little to no extensive modifications, although not totally in the same line as their ancient origin.

Afrocritik brings you ten African hairstyles that have found their way back to contemporary hair culture in every part of the world. 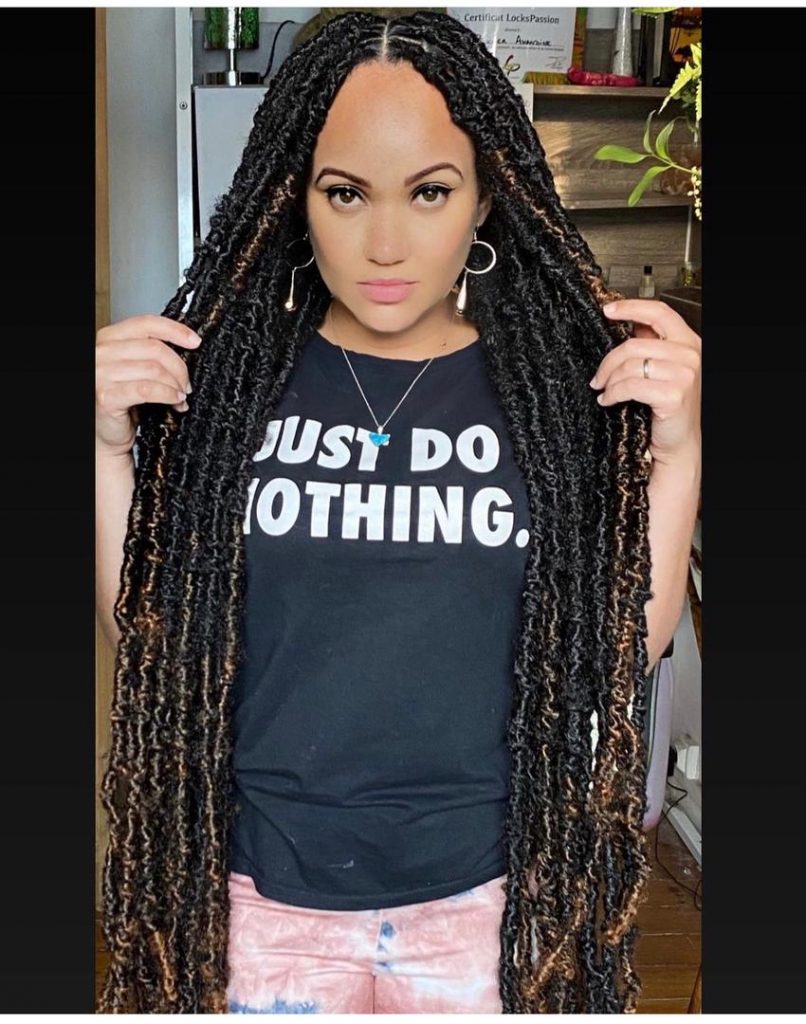 Dreadlocks can be found in many African cultures, but mostly amongst the Jamaicans. Most historians are of the belief that the locs originated in Egypt because Egypt holds the first archaeological evidence of locs. However, many others believe that as early as 2500 BC, locs had been sighted and recorded by the ancient Indian scripture known as the “Vedic scripture.” According to the scripture, the deity “Shiva” was wearing jataa, a matted or twisted lock of hair. The style was later claimed by a group of Jamaicans known as the “Rastas,” and although the people saw it as unfit and vulgar, it soon became an identity.

Iconic for their locs as much as their music are the South African Reggae artiste, Lucky Dube, and Jamaican singer, Bob Marley who made the style famous, almost ideal, for aspiring Reggae artistes. 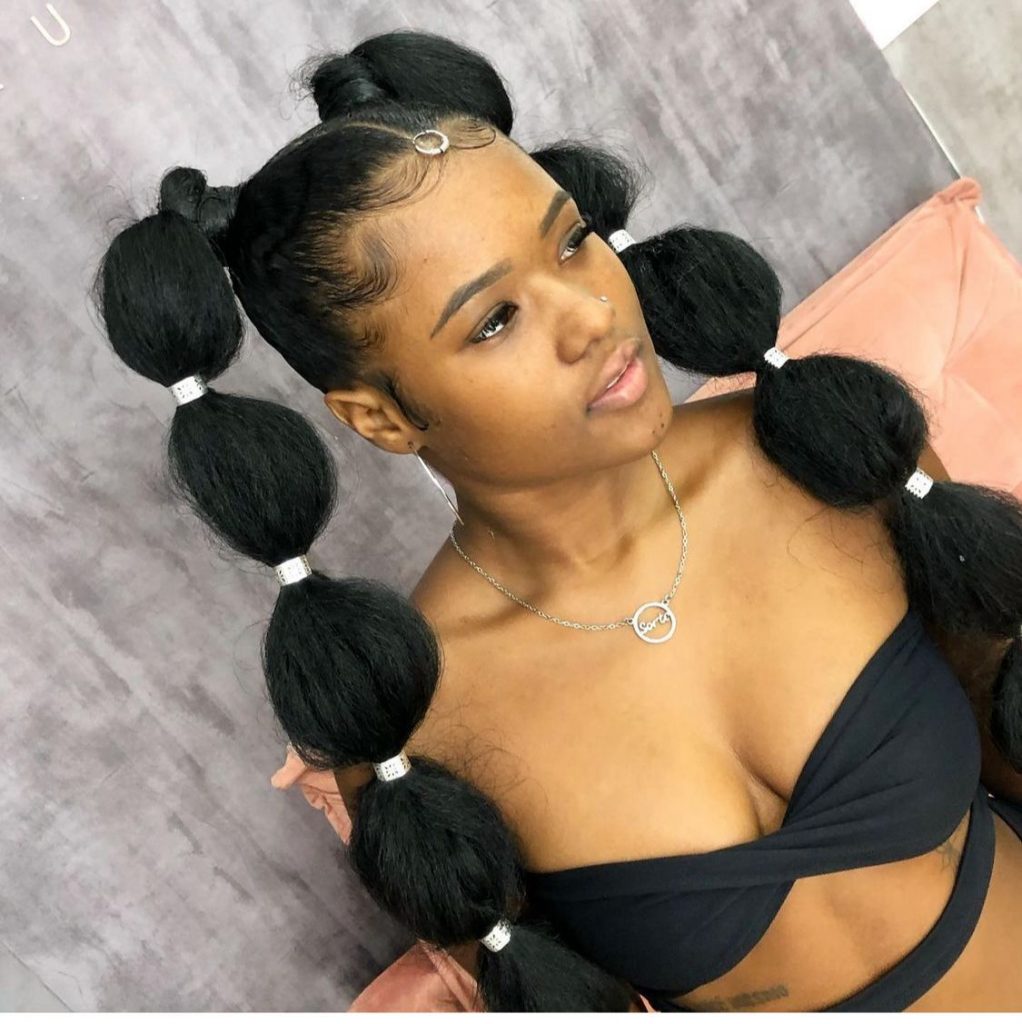 The 90s was famous for its bold hairstyles, and as recent as the pigtails might look, they were birthed then. The effortless style which is just about dividing the hair into halves and tying up each end, was created through experiments of people trying to be creative with their dreads. It has, however, resurfaced — this time longer and better. Either in long braids, soft buns or French curls. 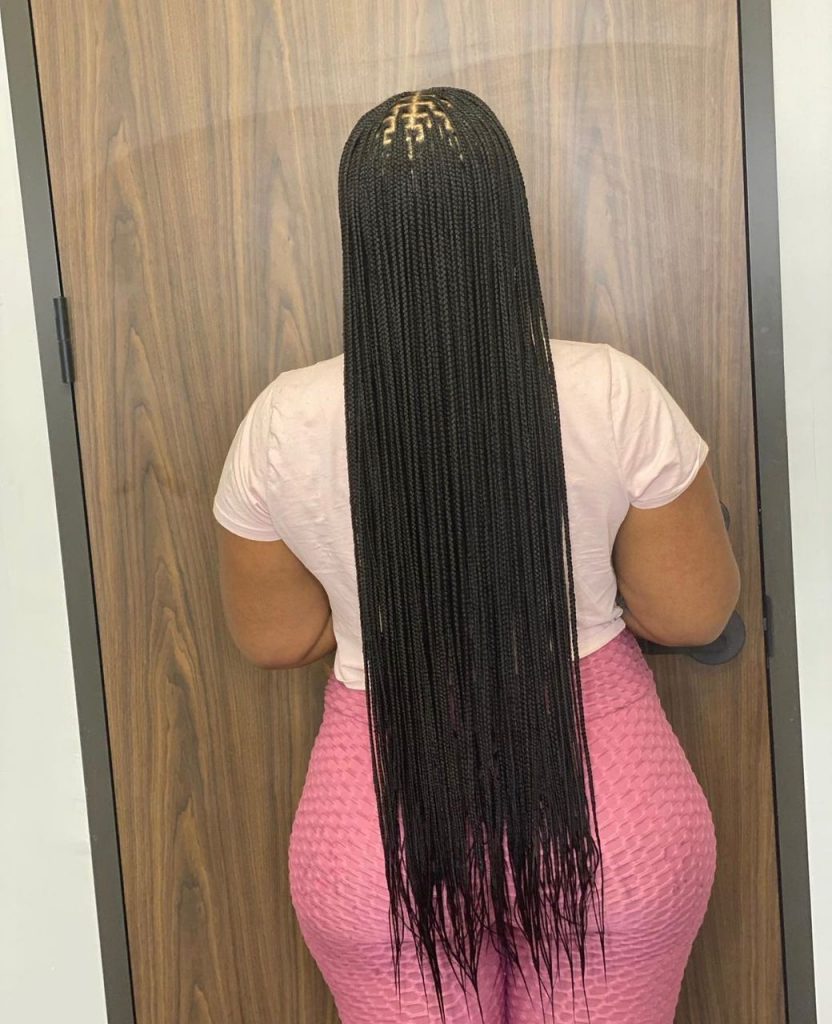 The Namibian term, Eefipa, means “extensions, and as the name implies it involves the addition of extensions to the braid in order to make it way longer than usual. It was first seen in the 1940s when the Mbalantu women of the Wambo group in Namibia were seen and famous for their hair length which usually stopped at the ankle. The Mbalantu women are made to begin this preparation at a young age when they retract protective oil from tree barks. As the girl grows, a special ceremony is thrown to restyle her hair and celebrate her new status. This style has however resurfaced as the popular box braids worn by ladies of various African origins. 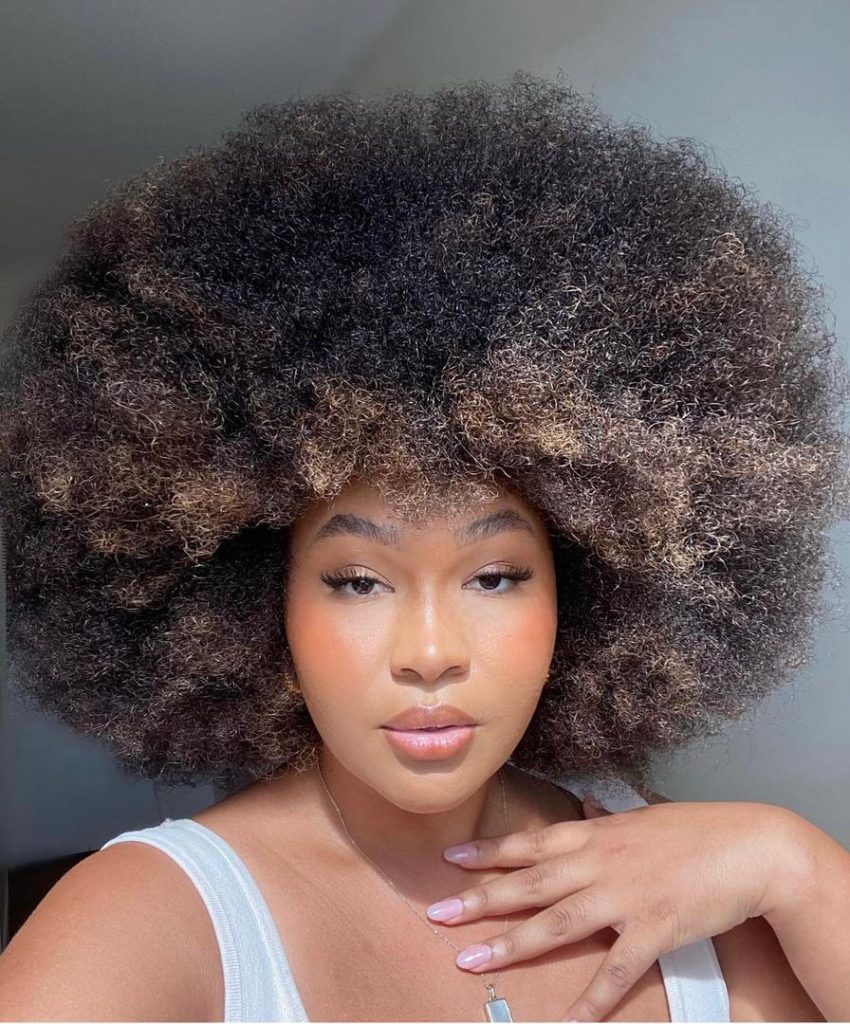 Traced back to the African motherland, Afro was used to define roles, hierarchy and status. This style later resurfaced as a sensation used to celebrate the black woman with her curly strands. Almost every parent from the 80s has a picture with Afro hair and flare pants and gowns. The style was made popular in the 1960s after a major political statement was made, through the Black Power Movement which made black people understand that their hair is not merely for aesthetics but is also a weapon of radicalism.  With Afro still being in vogue after all this while, there is no doubt that it will never be out of style. 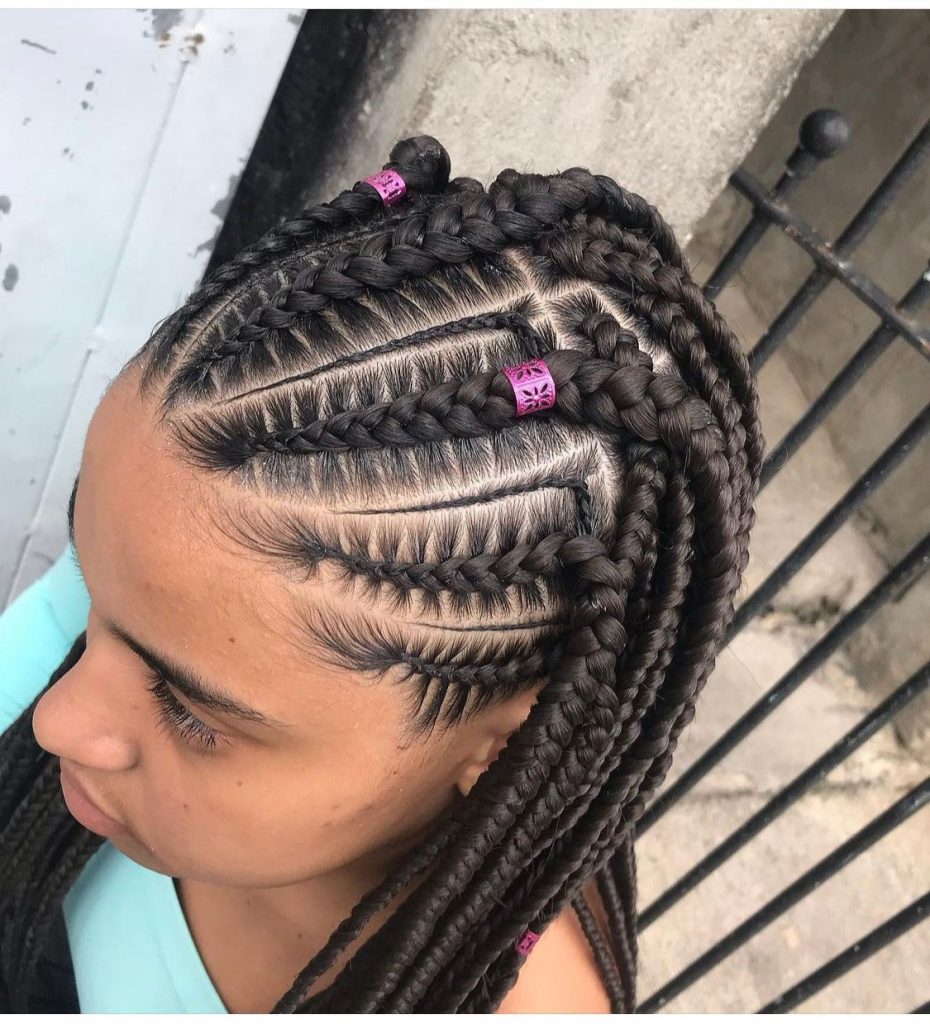 According to an article by Black Doctor + Org, the cornrow style is dated back to 3000 BC in the Horn and West coasts of Africa. It was previously used by Africans under slavery to communicate. This is one of the most famous hairstyles worn by Africans, and it is special because it requires a hair texture as thick as ours to braid. The hair can be made with different types of extensions like wool and other attachments, and also can be styled in different ways. Cornrows have a way of making the wearer look more African and with a climate as humid as ours, cornrows are usually a preferred choice. 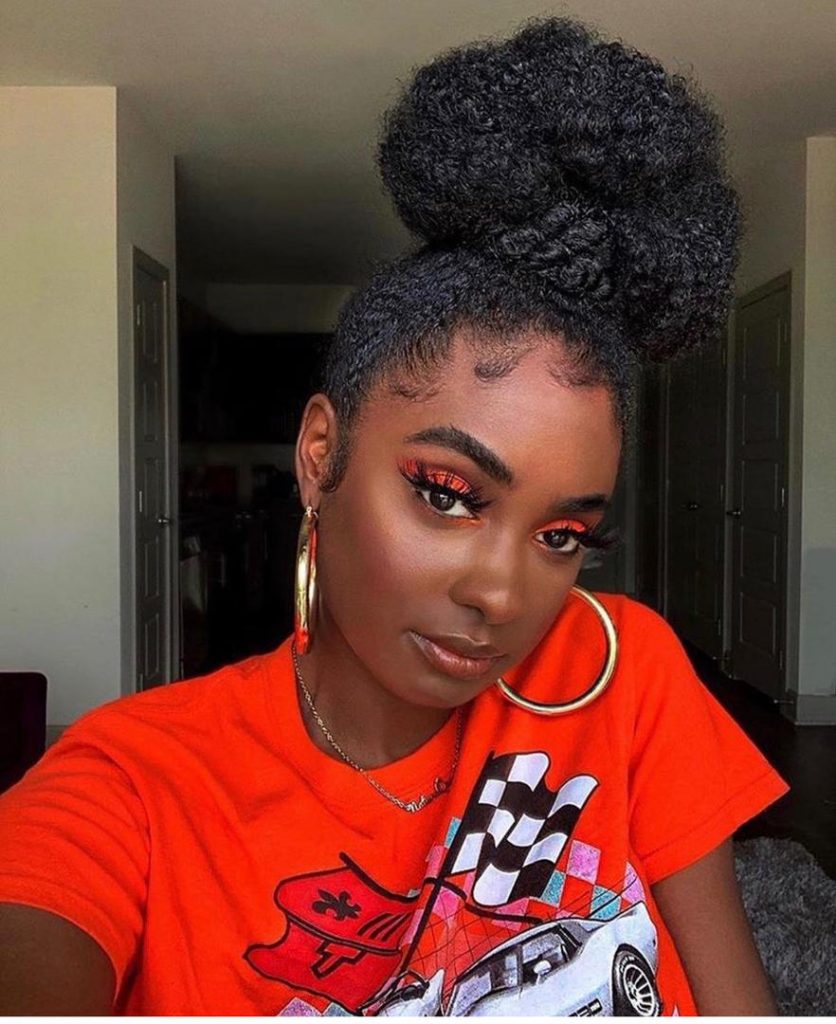 Sharing a similar history as cornrows and Bantu knots, the style is usually a handy first resort after cornrows or Bantu knots have been taken off. It is a simple but fascinating style that effortlessly shows off the big, full bun of African hair. The simplicity and uniqueness of this style have in turn brought the initiative of a bun wig, which looks just as real to let the women whose hair can’t bun fit in and share that look of youthfulness and innocence. 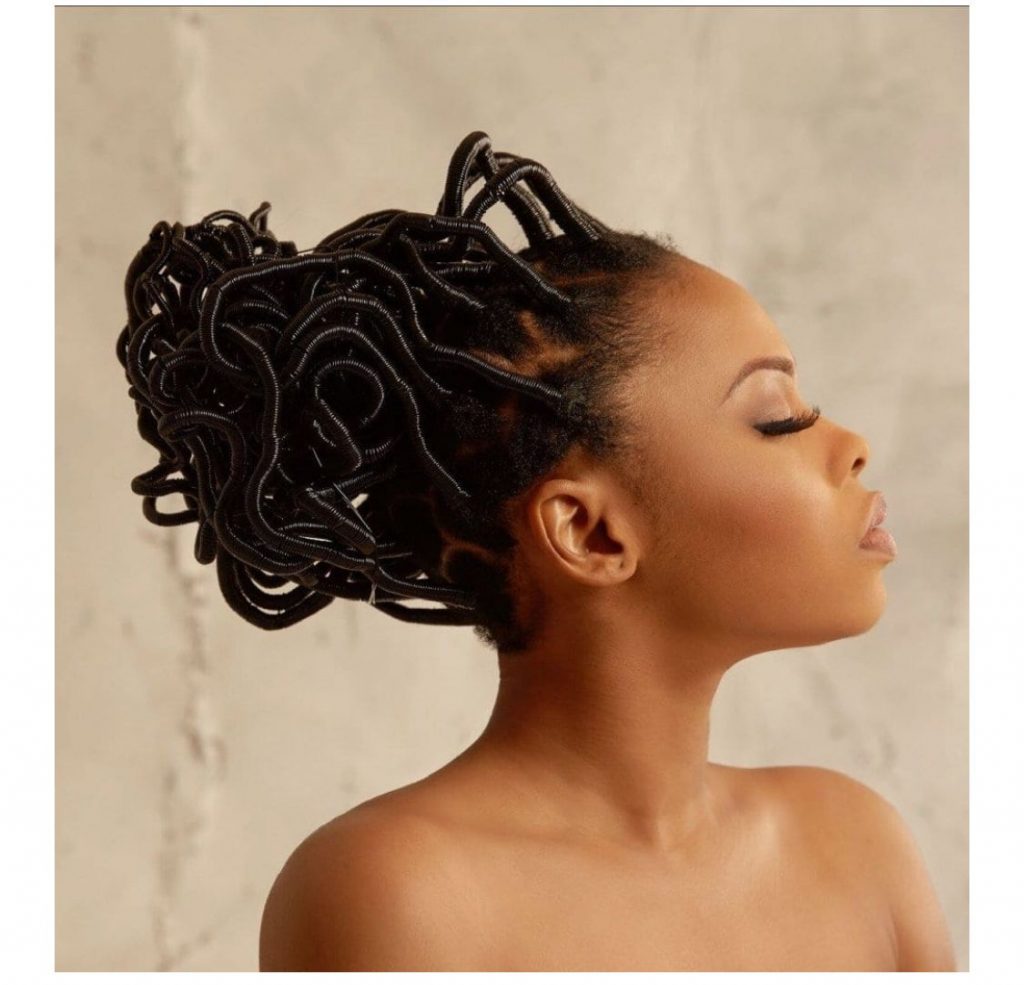 “Kiko” is Yoruba which means “to pick and roll in lines.” It is a simple description of how the hair is styled. Usually made with rubber, thread, and in recent times Brazilian wool, the hair is made by young girls and older women as the older women are of the ideology that the style is good to stretch one’s hair length and make it thicker as well. However, once we grew older to make our choices, we were fast to escape this hairstyle because its thickness and twists made it really painful. Following the trend of Chidinma Ekile’s headshot wearing the Kiko hairstyle, and other young women jumping on it to revel in good memories, it’s safe to say that Kiko is here to stay. 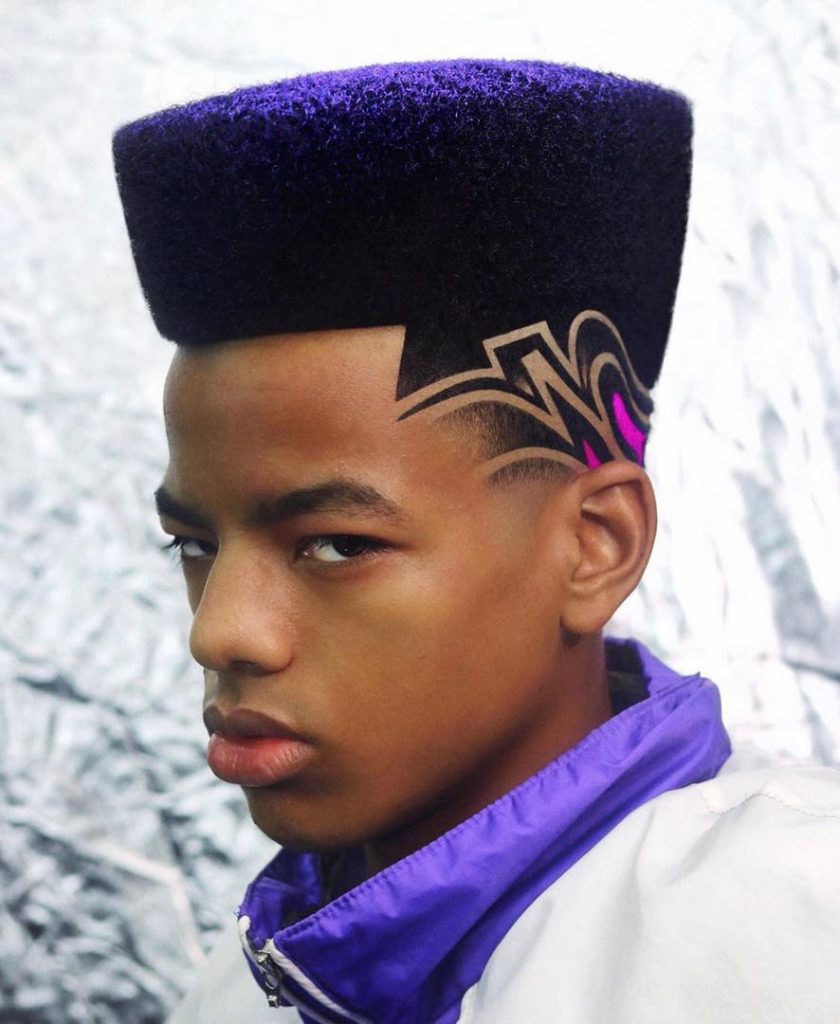 Used mostly by men, the flat top, as the name entails, is a short haircut where the top part of the hair is cut to form a flat surface. The hairstyle was made remarkably popular by Will Smith in the 90s TV show, “The Fresh Prince of Bel-Air.” Currently  resurfacing, as the need to explore Afro styles is currently on the rise, barbers are seizing the opportunity to put this trend back in the limelight. 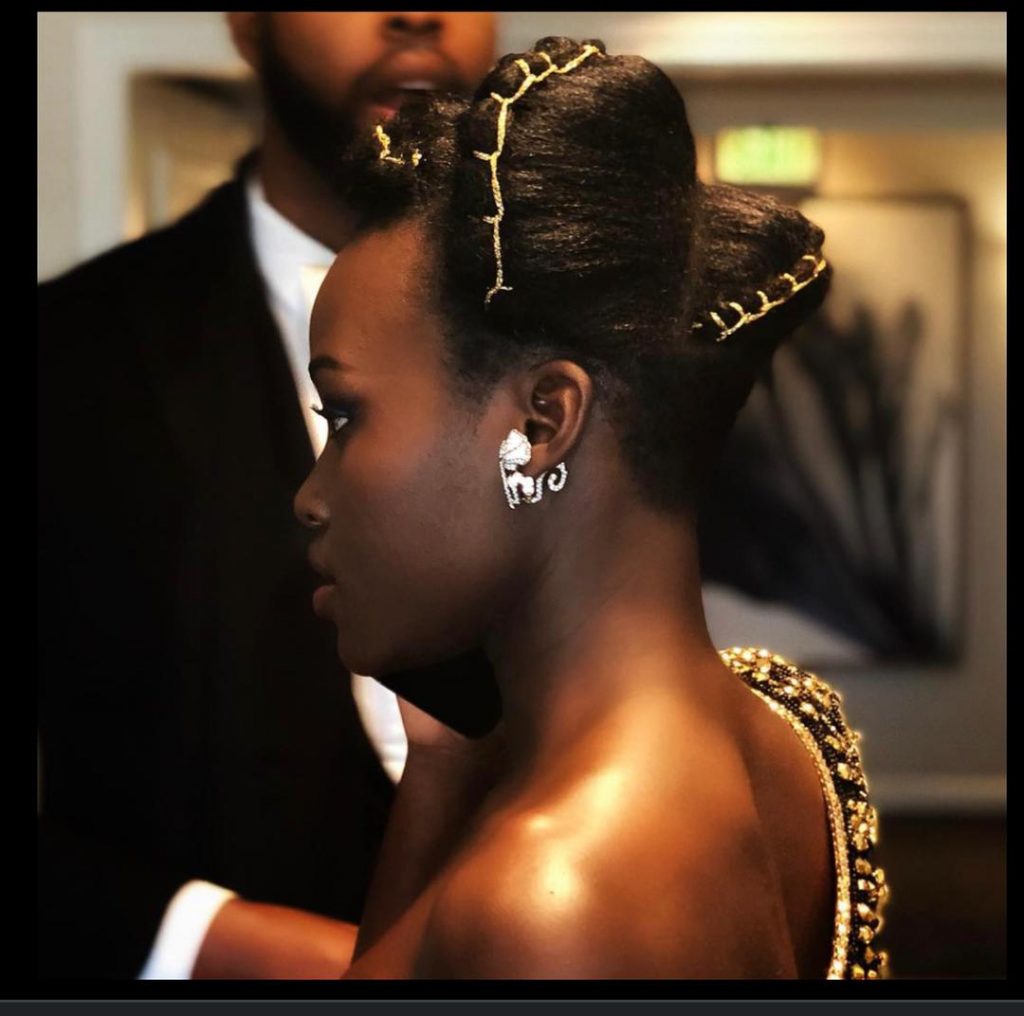 This style was brought back to the limelight by Black Panther’s star, Lupita Nyong’o when she appeared at the 2018 Oscars award looking all shades of African. The Actress whose outfit and style were dedicated to celebrating her roots, was wearing the Amasunzu hairstyle, a traditional Rwandan style that was worn by Rwandan men as well as women in order to indicate their availability to potential suitors. This style was usually meant to tell the suitors that the wearer is single and of marriageable age. 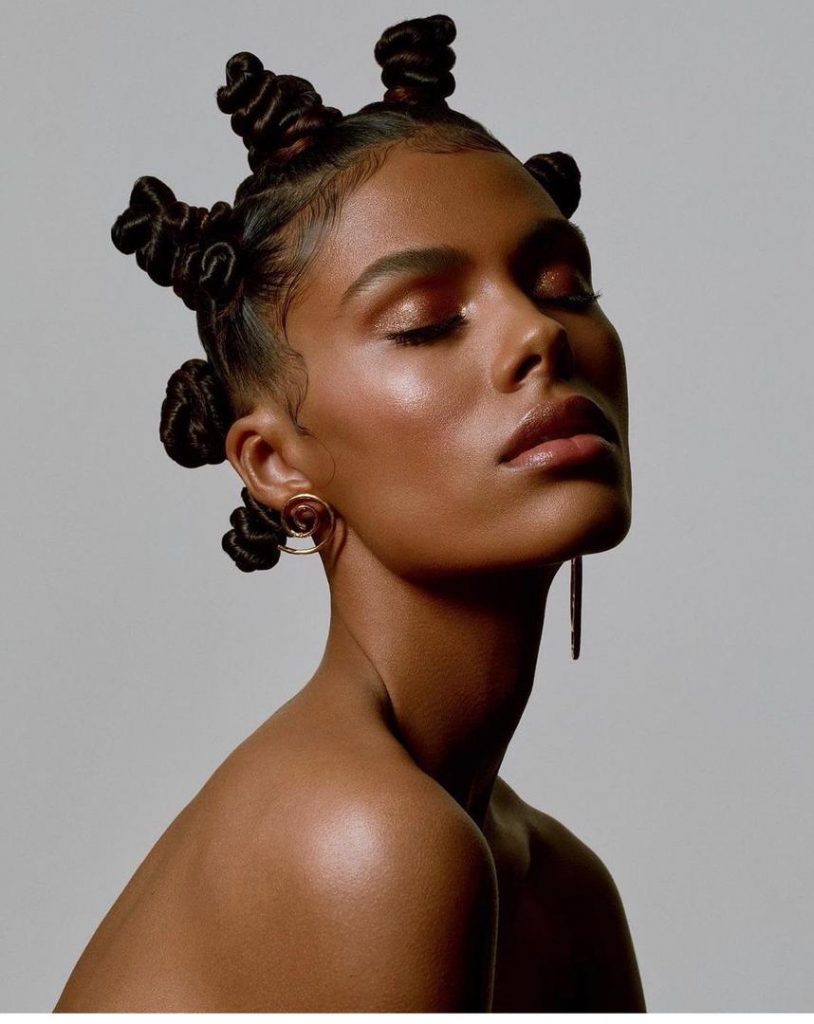 Although made popular by the natural hair community, and also through an appearance by American pop star, Rihanna wearing them, the Bantu knots are originally traced to the Zulu tribes of Southern and Western Africans. The knots are considered a protective style because the ends of the hair are tucked away and shielded from external elements. Being a flexible knot that can be done with box braids as well as locs, Bantu is a double win, because by taking off the knots, the wearer gets heat-free bouncy curls, another style they can wear for a couple of days.

Making a historical comeback, these hairstyles, amongst many others, give a peep into the beauty of African culture and their heritage. The African American community hosts an annual “Curlfest,” a festival to celebrate the black race and their beautiful afro-textured hair. The festival was created by the Curly Girl Collective in London to celebrate Afro hair and empower Black women.