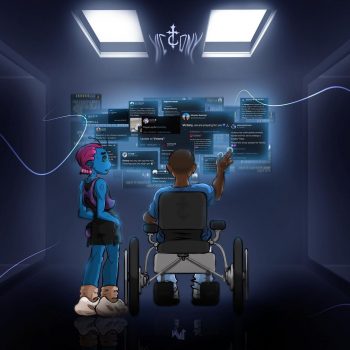 Nigerian singer-songwriter Anthony Victor, professionally known as Victony, made quite the impression when he released Saturn, his debut EP. The record which ran with a mid-tempo vibe, and was remarkable for the infusion of Trap music and RnB,  endeared him to a huge chunk of Nigeria’s music enthusiasts. 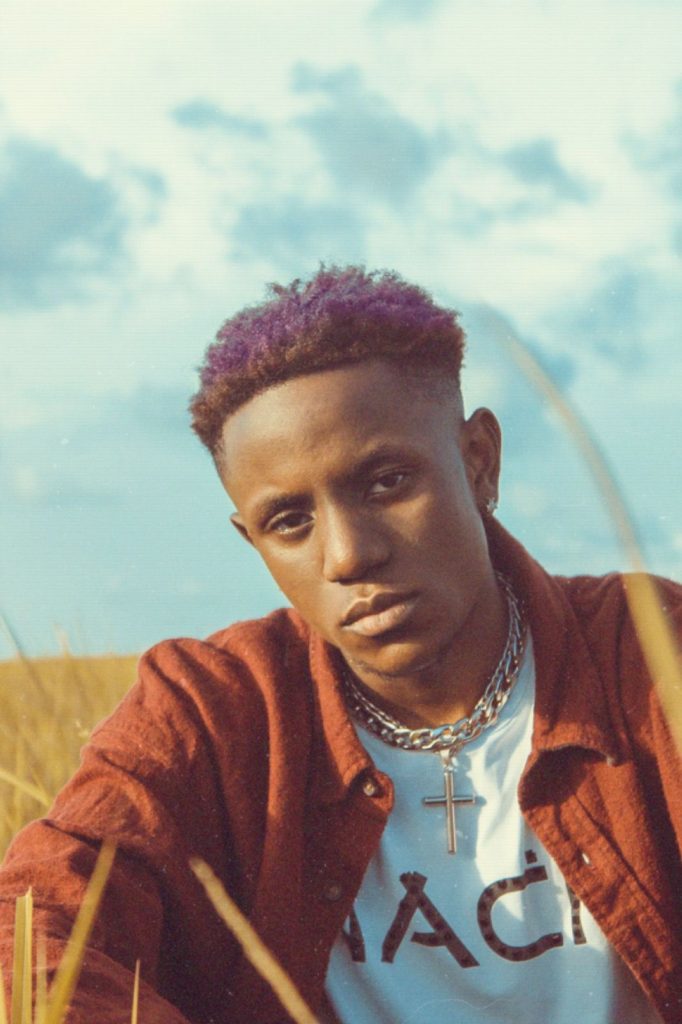 “Maria”, one of the signature tracks off the record, which involved vocal contributions from Falz the Bahd Guy, and flowed with a rhythm reminiscent of Lojay’s Tonongo, has been streamed more than 132,800 times on YouTube.

Victony’s profile was quickly rising, but his momentum was brought to an abrupt halt when on April 26, 2021, the artiste and some of his acquaintances were involved in a ghastly auto accident on his way from a birthday party hosted by singer Oxlade. One of his friends died in the process, and though Victony survived the crash, he had to undergo multiple surgeries, and currently moves around with a wheelchair.

This painful experience became the catalyst for his recently-released EP, which he named Dark Times. Released on July 30, 2021, the two-track project features his alter ego named Tredax, and involves production input from Blaize Beats and Ktizo. 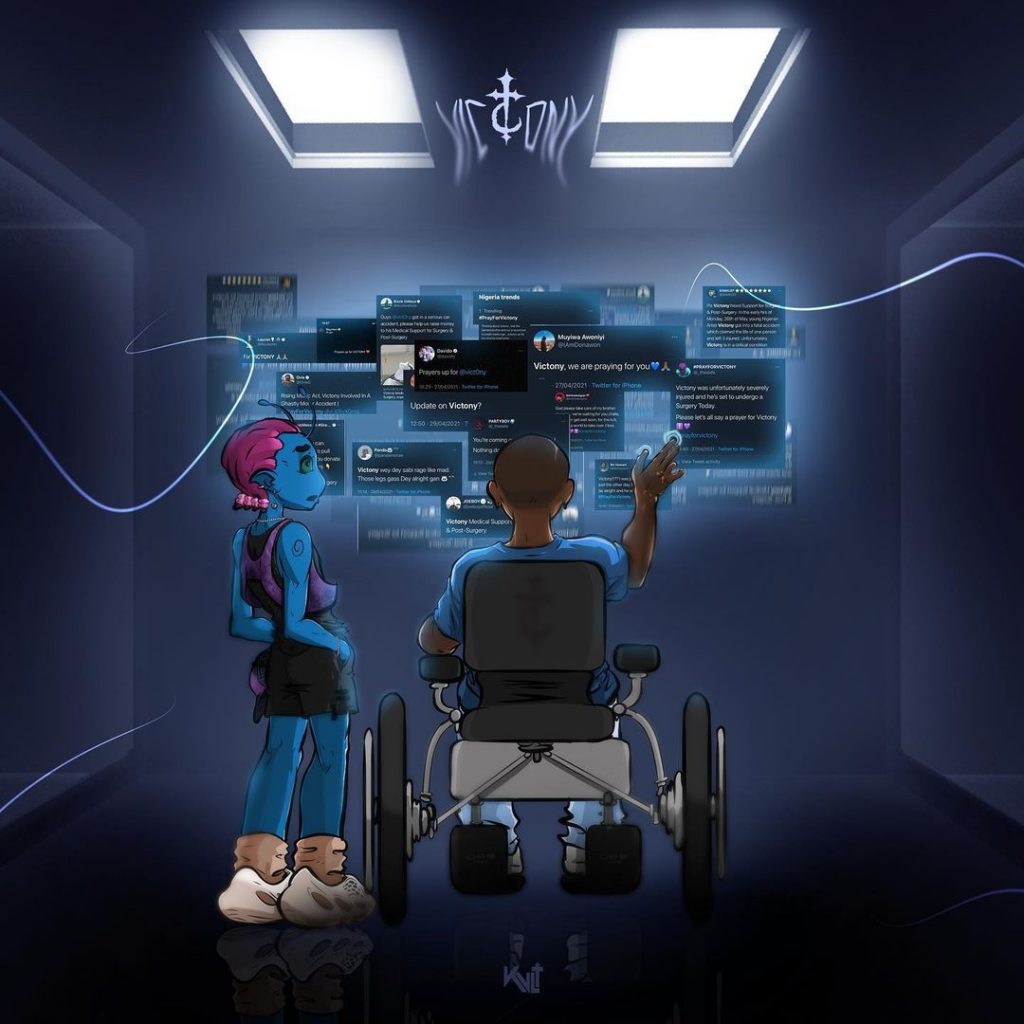 The record opens up with “Pray”, a hope-themed track that relies on acoustic guitar and minimal percussion to drive home its message. As far as lyrics go, Victony expresses his awareness of the existence of naysayers as well as other elements that stand in the way of his growth. He rests his hope on his mother’s constant prayers, and pays tribute to his departed friend with the lyrics “one day all man go meet for heaven/until then I dey chase my bread oh”. No doubt, the last three months have been challenging but he looks set towards the journey ahead. The track fades out in emotive fashion, amidst words of affirmation from his mother and voice messages from fans.

“Unfamiliar Realms”, the other track on the EP, is a somber take on indecisiveness and anxiety. Assuming the persona of his alter ego Tredax, he begins the song by earnestly crooning the lines “somebody help, somebody help me, please/oh no thanks, I think I’m fine by me/but would you help? I’m losing all the peace in me/don’t know myself, I don’t know who I will be”. The track is, among other things, a cry for help, but it also illustrates the reluctance to be at the mercy of other people. Addressing the themes of disillusionment, self-doubt, loneliness and depression, Victony tells a pretty moving story on a track that is significantly reliant on keyboards.

On Dark Times, Victony channels his pains and tribulations into creating meaningful art. Two songs are hardly enough to make any real impression on the charts, but it’s obvious that this broken man is not necessarily looking for numbers; he simply wants to tell his story, interrogate his own emotions, and spill his guts to therapeutic effect. In many ways, this byte-size record is a diary, a journey through conflicting emotions, and an attempt to reach out for hope in the middle of an extremely rough patch. Victony is an uber-talented singer who has every right to be livid that an unfortunate event has truncated his meteoric rise. If an 8-minute-long EP is his way of venting, then he should be allowed to do so, as his fans wait with bated breath for him to come back stronger.