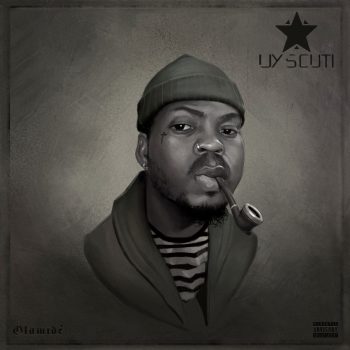 For years, the general discourse around Olamide (apart from his obvious talent) has been about his “inability” to make music that transcends borders, and because of that, he’s often excluded from “artiste of the decade” conversations when in fact, Olamide has been the most consistent of today’s Nigerian acts. 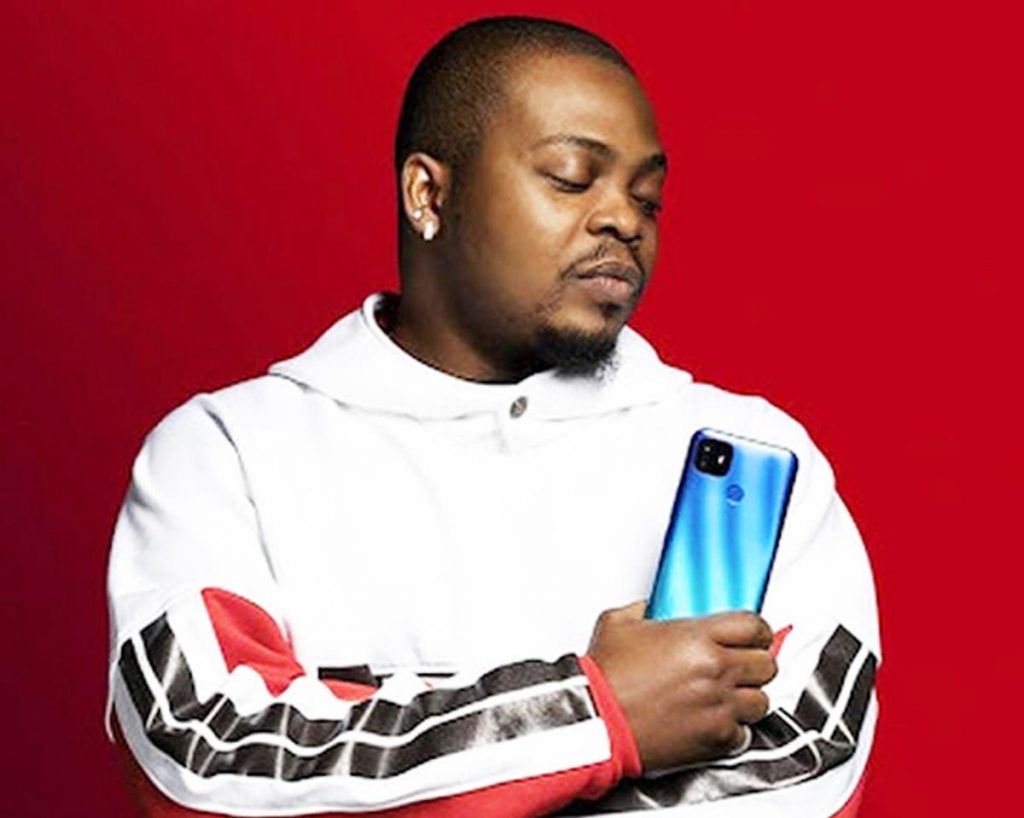 Since Rapsodi (his first album released in 2011), he’s been consistently dropping projects – he released one album every year between 2011 and 2017 – and he’s now on his ninth LP. It’s hard to top that kind of work rate. Ironically,  the name of his new record is drawn from Astrophysics terminology: UY Scuti is the biggest star in the universe. The album art is symbolic and intentional.

On this project, Olamide departs from the sonic vibe he’s known for. Perhaps as a response to naysayers who have derisively referred to him as a “local rapper”, this new project is mostly recorded in English. He showcases his versatility, and by the time the record runs its course, one realises that he can make whatever music he sets his mind to. 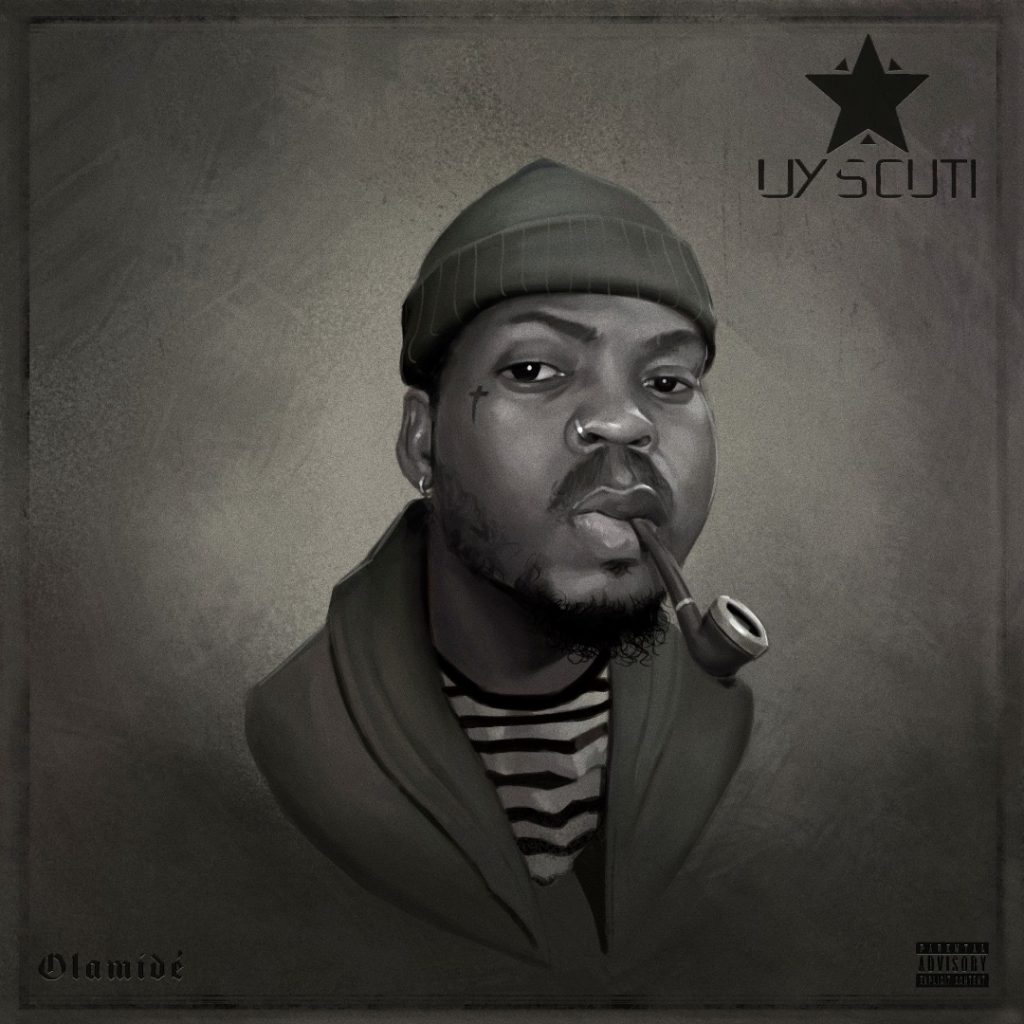 In any case, it’s not like he actually has anything to prove, as he has performed at the highest level for about a decade. Just like Phyno, he is proof you can make music in your native language and be mainstream.

On UY Scuti, Olamide doesn’t break his streak of putting on talented albeit lesser-known artistes on his projects. “Jailer” features Jaywillz, an obviously talented youngster with a bright future in the industry; “Rough Up” features Layydoe, who promises fire and brimstone with her voice and brings it; “Want” & “PonPon” feature Fave, whose freestyles have gained traction in the past few months.

In the quest for success, one often finds themselves unconsciously ignoring principles they laid down as a result of unfair things they were dealt in their younger years, and Olamide highlights this on “Need For Speed”.  He alludes to the infamous Lagos traffic — which constantly tests you and breaks your spirit — slowing down one’s determination to chase their dreams, and finds it ironic that one needs speed to succeed, but circumstances and one’s environment work to opposite effect.

“Loading” and “Infinity” (off his previous album Carpe Diem) showed the benefits of integrating fresh artistic perspective into a body of work: Bad Boy Timz and Omah Lay respectively elevated both tracks, which stayed on the charts for weeks. We expect this to do the same. Jaywillz’s work on  “Jailer”, most notably his contagious hook, makes the track stand out as one that will ultimately age well.

When “Rock” was released, it debuted at the top of multiple charts, and unsurprisingly so: it’s a classic Afropop tune that is rich in replay value, and it’ll remain in airplay circulation for a long time. It’s an ode of sorts, wherein he tells his love interests that he’s the best choice for all her escapades and romantic adventures. In addition, the call-and-response flow of the song raises its profile from just another Olamide hit to an absolute earworm.

I will never understand why artistes think it’s a good idea to use odd sounds to place emphasis on the concept of their songs. Yes, it worked with Blaqbonez‘s”Bling”, but we could have done without the moans in “Julie”. However, that doesn’t take away the fact that it’s a solid song. It’s unlike Olamide to insert subtle romantic undertones in such a cool and collected way.  On his Twitter account, he states that Julie is his favourite out of the project, and I think we all understand why: it’s a testament to his evolution.

Layydoe enters “Rough Up” with a confidence that is uncommon; her patois is refreshing to the ears, and Olamide continues with an uncharacteristically gruff voice. The track is full of explicit words, but you would be too drawn in by the melody to notice, and by the time the track fades out, you find yourself yearning for more music material from Layydoe.

After thrilling her social media followers with hard-hitting freestyles during the lockdown in 2020, Fave was the right person to bring on this project, and she doesn’t fail to deliver. Singing about love is her niche and she highlights this in “Want”, even though Olamide struggles to keep up with the tempo. This glitch is rectified in “PonPon”, where Olamide and Fave’s synergy is unmistakable and quite unmatched. Olamide sings and raps here, Fave sounds more assured, and the album is better for it.

In “Cup Of Tea”, Olamide explores the literal meaning of the idiomatic expression. He’s dedicated to proving to his love interest that he’s the right person to be with. It’s an overused concept, and although his aim was to bring his own twist to it, he doesn’t exactly succeed.

We need to know how Olamide convinced Phyno to sing entirely English without adding a few witty statements in Igbo. Since Street OT, Olamide has been featuring Phyno in each of his projects and once again they collaborate to lethal effect in “Somebody“. It isn’t commonplace to see rappers do so well in the singing department, but they both prove us wrong. It’s amazing.

He rounds up the album with “So Much More”, which has him paying obeisance to womanhood. Reminiscent of his line in “Rock” (“ma lo fe broke nigga, fight for your life,”), he reiterates the fact that it’s okay for her not to settle for less.

In UY Scuti, Olamide asserts his dominance and reminds us that nobody does it better.  It’s difficult to detect a general theme, however, and this makes for a lack of cohesion. It’s definitely feel-good music and new territory for Olamide, so there’s no pressure. If he explores the same style in his next project, we’d expect growth, but for now, we are just enjoying the new side of the artistry he has shown us.