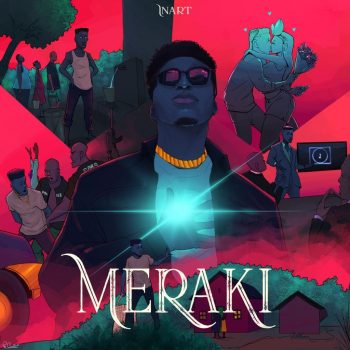 Review: Inart Serves Up An Ambitious Body Of Work With Sophomore EP “Meraki”

In a music space that frequently churns out songs that thrive on melody and brilliant production rather than lyricism, it’s usually refreshing when an emerging artiste sticks with the basics and focuses on storytelling. It’s difficult to resist the urge to “just make music that will appeal to the streets”, especially when there’s a desperate need to be heard, but it’s nice to still see an artiste that emphasises content over numbers.

Inart is still green when it comes to navigating the large field that is Nigeria’s music industry – his debut project Pink Blue was released in 2020 – but what makes him stand out is his ability to tell a story. The 23-year-old possesses an artistic dexterity that has him work around multiple sub-genres with his craft. His vocal range could use some work, but versatility will always be a major advantage when it comes to stamping your feet in a creative space. 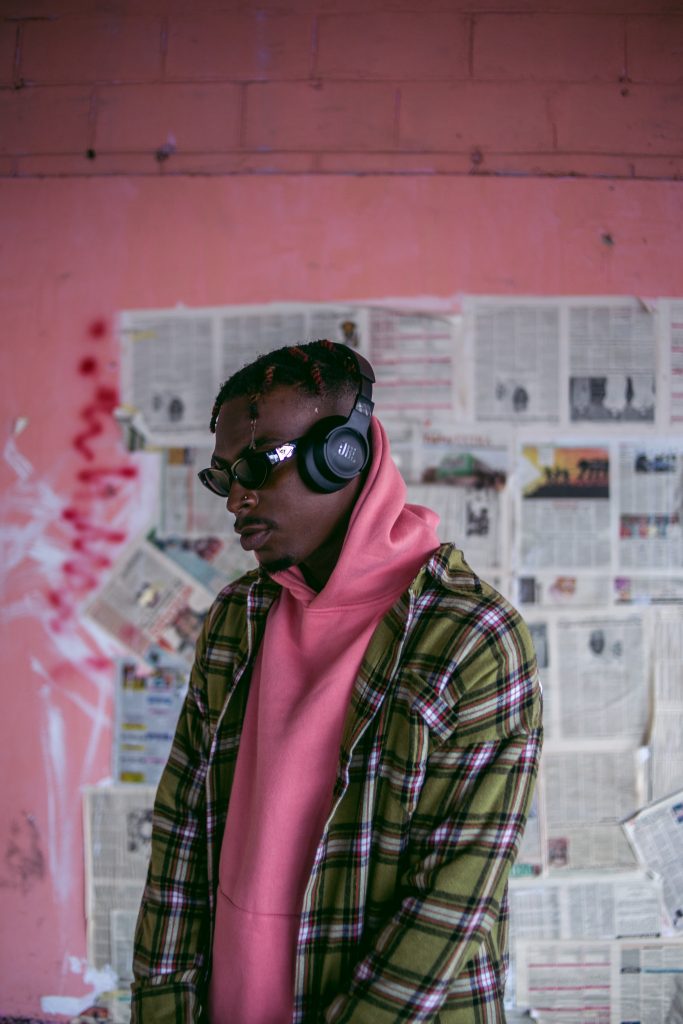 Inart dropped his sophomore record, Meraki, on June 16, 2021. With a running time of 17 minutes, the 5-track EP is marinated in hip-hop and Afrofusion, with indie producer Daniel Bliss overseeing the production and sound engineering. 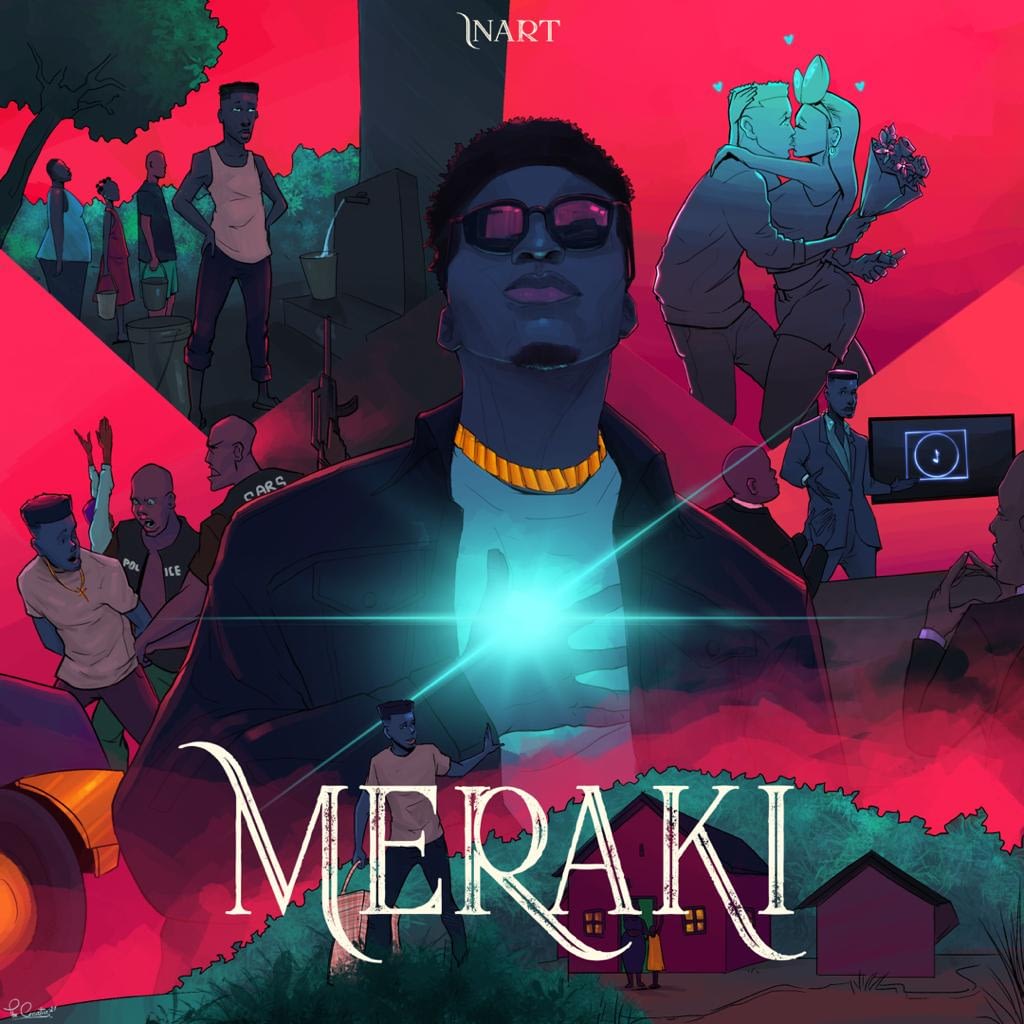 The EP gets off to an emotive start with “Longway From Home”, a track that dwells on the uncertainty of venturing into the wild and seeking fortunes in a big city: lyrics like “my aunt said I’m moving again/I’m probably smoking again/moving with the slum nigga dem/probably get into trouble with them” hint at the perils that come with seeking independence at a (relatively) early age. From a rhythmic perspective, the track appears to draw inspiration from some of the earlier songs released by Alte prince Santi.

“BBS” (Big Black Sienna) is heavy on autotune, and amidst percussion, Inart reflects on struggling with (seen and unseen) obstacles as he seeks to forge a successful career for himself, with some commentary on police brutality. There is a little more inspection in “Feel My Pain”, a track that tells a story of gang violence in impoverished neighbourhoods with lines like “down south it’s a tough ride/every day it’s a gunfight/gang bangs taking more guys…” Beyond the poignant theme, the song draws so much sonic appeal that it would find home in a playlist that also features Travis Scott, Lil Baby, and Future.

“Falling”, the lead single off this record, is delightful from a production perspective, and with vocal assistance from K-Si Yang, it is deliberate with its lustful intent: “can you kick it till the morning/baby give me neck in the morning/5 am and I’m yawning” could only mean one thing. The EP closes out with the upbeat “Independent”, a track heavy on cockiness and reminiscent of a Nasty C freestyle.

What makes Meraki tick is Inart’s ability to blend genres, while at the same time managing to tell a cohesive story. With songs that unpredictably lean towards trap music, Afrofusion, hip hop and a little serving of RnB, he succeeds in weaving a narrative that focuses on youth disillusionment, determination, gang wars, and the desire to go against the grain. With a vocal delivery that is brilliant for someone his age, he slots himself seamlessly into a school of rebellious artistes that include Kida Kudz, Kojey Radical, Wani, Odunsi the Engine and DRB Lasgidi, among others. 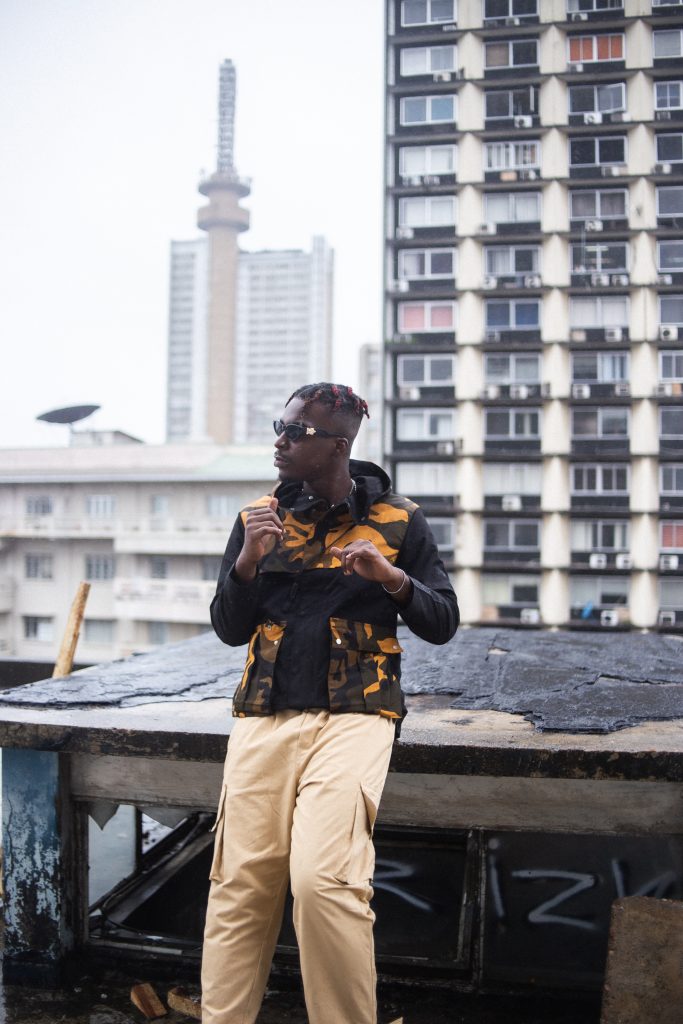 Meraki is, among other things, a testament to Inart’s ambition: he clearly isn’t here to just make up the numbers. With better promotion and a more deliberate strategy, he would get the publicity he deserves. For now, he should focus on making music that is just as good, if not better, than his sophomore offering. He has the raw material, undeniably.

Meraki is available for streaming on Apple Music, Spotify and Soundcloud.