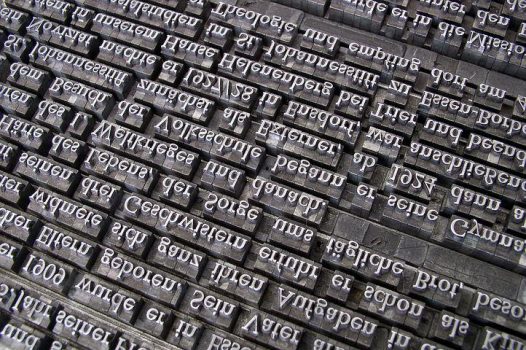 Reconciling the Loss of the Mother Tongue, and Learning to Speak It Again

I have a peculiar first name that some people find difficult to pronounce. Living in the small Yenagoa city of Bayelsa, Nigeria with the major Ijaw ethnic group, more often than not, I introduce myself with my middle name which is a native Ijaw one. What usually follows if the person is also Ijaw is, “Oh, you are Ijaw,” and then they switch to the Ijaw language. I try to continue the exchange as far as I can with code switching, what they like to call the “cut-and-join” way of speaking, a style that involves combining English with Ijaw or responding back with English. But eventually the person figures out I mostly do not understand. The chastisement follows when the person is older; when it’s a peer, what follows is a mockery.

For the older persons I give the audience to condemn my inadequacies, they begin to list all the benefits of speaking my language, primary of which is the identity it gives the speaker. The classic stories that are most interesting are that if an ethnic war broke out, I was more likely to be killed, or that one day I would be denied a job or a seeming opportunity in the state since I couldn’t speak the local language fluently. Their assertions are understandable to a degree. Many indigenous languages in Africa are said to be becoming endangered.

The first pain point for the cause of language endangerment is usually to blame colonialism for placing one language as superior to others. Also, for homogeneity in communication, many countries in Africa, during colonial and post-colonial times, had to adopt the colonial languages as their first languages for communication. The colonisers, as well, considered their language elite and, thereby, suppressed the languages of native speakers.

Other factors that could cause a language to be endangered include globalisation, for economic reasons such as seeking employment in more urban areas, the demographics of other majority language speakers, religion, inter-ethnic marriages, relationships or other cultural reasons. In the digital world as well, technology favours dominant languages over others.

In my case, it is not because I consider my language inferior to the English language as most people are quick to assume. It is also not from a lack of effort that I can’t speak my language. Learning a new language, especially as an adult, has its challenges. The major challenges are in adjusting the pronunciation, the vocabulary, and syntax. For example, the English language follows the subject-verb-object syntax, but in the Ijaw language, it follows a reverse syntax of object-verb-subject. My family had lived in western Lagos, Nigeria before moving to the small, but considerably urban Yenagoa city about a decade ago. As a metropolis, Lagos is considered a region that absorbs diverse ethnicities, but it is a dominantly Yoruba-speaking state, and so Yoruba became the only second language I picked up as a child aside from the Nigerian pidgin. Within my household, my parents, uncles, and aunties alike didn’t communicate with us in the Ijaw language beyond simple commands like come, go, sit, take, etc. A likely reason, perhaps, was to assimilate themselves into the environment. The pattern did not change much when we eventually moved to Yenagoa.

As a continent, we have transcended, to an extent, placing superiority of the English language or any other lingua franca that is spoken across countries above our own native languages. The discrimination against people who cannot properly express themselves in English, too, is lessening and indigenous languages are beginning to be encouraged among younger audiences, especially in urban areas. Indigenous languages have been introduced into secondary school curriculums. Here in Bayelsa, some schools have introduced the Ijaw language to students up to the junior secondary school level. Igbo, Yoruba, and Hausa languages, the major languages in Nigeria are made compulsory for school children in areas where the languages are predominantly spoken. The National Policy on Education in Nigeria even stipulates that primary school students should be allowed to learn the languages of their environment in monolingual communities for the first three years of learning, although this has not been fully adopted. As part of the International Mother Tongue Day, there was a drive for the preservation of the Igbo language in Nigeria. The African Union has also adopted Swahili as one of its official languages. To also create an inclusive digital environment, technology now incorporates local languages. Recently, Google Translate increased the number of African languages available to 24.

Unfortunately, people like me that are in the middle of a cultural transition, moving from a time when English finely substituted the mother tongue, to a time when the mother tongue is recognised and encouraged again, are often the victims of language shaming, never mind that the deficiency is not self-caused. It discourages the whole learning process altogether. It is an uncomfortable cycle of not knowing and being ridiculed, and then, making the effort and still being taunted. There are no grey areas even as one tries to reconcile the language barrier dilemma. The implication is to sometimes feel alienated from the culture. There are sneering remarks about not being cultural or “native” enough, or being misconceived as pretentious. As a people, we realise the importance of language and shaping identities, a necessity that is not to be taken for granted. There are numerous advantages to this, but it is also counterproductive to estrange others and gatekeep the ones who struggle to reclaim a lost identity.