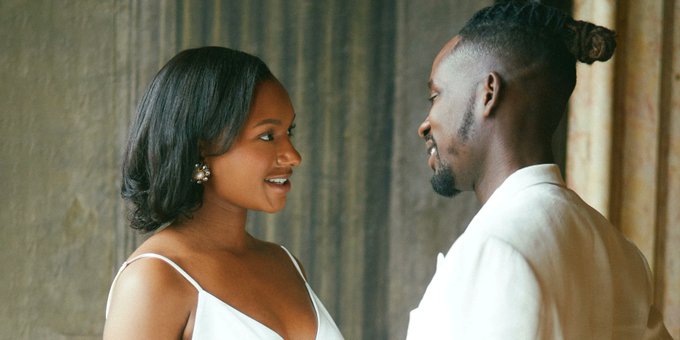 Mr Eazi and Billionaire Fiancée, Temi Otedola, All Loved Up in Visuals for “Legalize”

Eazi now joins a growing list of Nigerian artistes such as Timi Dakolo, 2Baba, Banky W, Davido, and others who have featured their significant others in their music videos and made them lead vixens…

“If music be the food of love, play on.” This famous Shakespeare’s quote from Duke Orsino in Twelfth Night best describes Mr Eazi’s newest release, “Legalize.” Eazi’s career trajectory could be likened to a Telenovella story, switching from highs to lows and then highs and lows again, before finally arriving at a happy ending. One peculiar attribute that Eazi has going for him is his ability to think outside the box, as well as his willingness to always explore and try something new.

Eazi’s talents, zest and sheer gusto have, through the years, helped him grab the attention of not just his African audience alone, but also his many fans in the west. The Empawa boss hasn’t been churning out tunes consistently as he usually did in the past; nonetheless, he remains at the top tier of the African music and entertainment business. The Nigerian Afrobeats singer recently won himself an invaluable gem worth much more than the highly-coveted Grammy plaque itself, in the person of Temi Otedola, daughter of billionaire businessman, Femi Otedola. The pair made the announcement of their engagement earlier this year, and the news immediately metastasised and became fodder for the media. Fans and well wishers alike cannot wait to begin the official countdown to what will undoubtedly be tagged the fairytale wedding of the decade!

These are exciting times to be a video critic. There’s been a marked drop in poor and substandard quality visuals aired on our TV and mobile screens, compared to a few years back. This video follows in that line, and takes it a notch higher.

The video was shot in Venice, Italy, where Eazi is rumoured to have proposed to Otedola. The city of Venice is famous for its beautiful architectural designs, landmarks and other aesthetically-appealing sites such as the romantic canals and bridges, the Palazzo Grimani, and Punta Della Dogana art museum, where some of the scenes were shot. Not a bad destination to propose, right? This speaks a lot about Eazi’s taste and style.

Eazi now joins a growing list of Nigerian artistes such as Timi Dakolo, 2Baba, Banky W, Davido, and others who have featured their significant others in their music videos and made them lead vixens.

In a world where true love is becoming increasingly hard to find, Eazi and Otedola are setting an example for all to follow. The invaluable lesson their love tale teaches is that love knows no class, boundaries nor limitations, that love isn’t easily manipulated nor influenced by prejudice, gossips or rumours from external sources, that love is just love. The couple serves as a glimmer of hope to all the young romantics out there who may have strong doubts or perhaps have completely lost faith in the existence of true love. Especially for those who may have been cowered by society into believing that the rich and powerful only marry from members of similar class and status.

The opening scenes shows a boat wading through a water body, serving a glimpse of Venice’s beautiful scenery. After that, the couple was introduced. Clothed in an all-white attire, and in a bedroom, Eazi is seen seated on a bed singing emotionally the lines, “Na your love wey dey weak me. I don tire. I’m fighting no more,” while Temi stands by the window frame looking at the beautiful view outside. Temi puts a whole new meaning to high-end fashion and chic, as all her outfits in this video are befitting of the ruling upper-class that she represents. She paints the picture of a billion dollar baby. Mr Eazi sometimes struggle to keep up with his fiancée in the fashion department, and understandably so, considering the fact that Otedola is just an absolute star when it comes to matters of the needles and threads.

Dancing is a key component and major aspect of visual and performing arts, and perhaps this was why Mazzarisi incorporated a lot of it in this video. He enlists the services of a talented group of female ballet dancers who grace the sets with some beautiful dance steps that were shown intermittently between scenes throughout the entire video. At 0:39 playtime, the ballet dancers infused some hip-hop moves in order to modernise and spice up their ballet dance steps, a choice that looked very cool indeed. 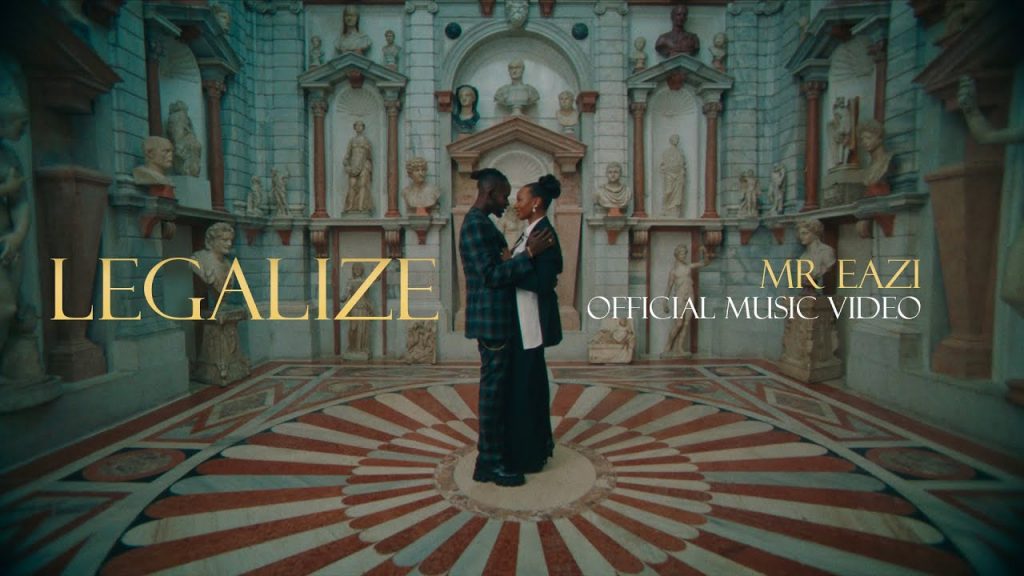 After watching the opening forty-five seconds of the video, I immediately understood why my colleague had earlier suggested that I write a review of it. The intimacy between the pair was enviable as much as it was charming, to the point where I was almost moved to tears. The couple is seen standing inside a boat in motion at 0:41 seconds playtime, and Eazi places his hand around Temi’s head, strumming her hair gently from the back, while she has her arms wrapped around the singer’s waist. The pair then stare passionately into each other’s eyes. At this point, I was desperately waiting for a kiss to happen, an expectation that, unfortunately, died in stillbirth.

Eazi renders the hook on this song very passionately and emotionally, expressing the consuming affection he has for his lover, and asking that she does same. He sings, “Baby, give me your love, all your love, I dey need your love, all your love.” This particular line reminded me of how Duke Orsino felt after ceaselessly professing his love to Countess Olivia without getting any in return in Shakespeare’s Twelfth Night. Eazi brings out the emotion rife in a love so true and real, much like theirs.

At 1:14 playtime, Otedola walks as though confused into the museum’s hall. She looks around, trying to locate Eazi. It seems they are playing a game of hide-and-seek. The Citation star then stands still for a second, pondering over what game Eazi is playing. What surprised me was that at 1:31 playtime, director Mazzarisi suddenly shows the pair from opposite ends, walking towards the center at the hall at the same time, as if they both knew where the other person was the whole time. The video director seemed to have completely ignored the fact that he had already created a suspense at the beginning of the scene with Otedola’s entrance, and should have seen it through. He should have shown viewers where Eazi was all along while Otedola searched for him before skipping to the final part where they found each other.

My favourite shot in the video, however, was the superb wide-angle dolly-shot that tracked the couple at 1:05 playtime, showing the pair taking a tour around the museum’s premises.

It was fun time at 1:49 playtime, and you could tell that Temi was starting to get tired of following the script and just wanted to enjoy some quality and unscripted time with her lover. She waves at the camera, and you could catch a glimpse of Eazi’s smiling face. I’m sure that at this point she couldn’t wait for the camera men, gaffers and director to pack up and leave so they could be alone.

2:19 playtime was the moment we’d all been waiting for — the kiss! Night time approaches, and the mood is finally set for the two love birds to frolic in each other’s arms. The pair share a warm embrace and finally round off with a long kiss after what must have been a stressful but surely enjoyable shoot.

Omowale Michael Bokinni is a trained cinematographer and screenwriter. He is an alumnus of the prestigious Royal Arts Academy, Lagos. He is passionate about all things music, movies and entertainment in general.
Instagram @omowalebokinni
Twitter: @bokinnio.