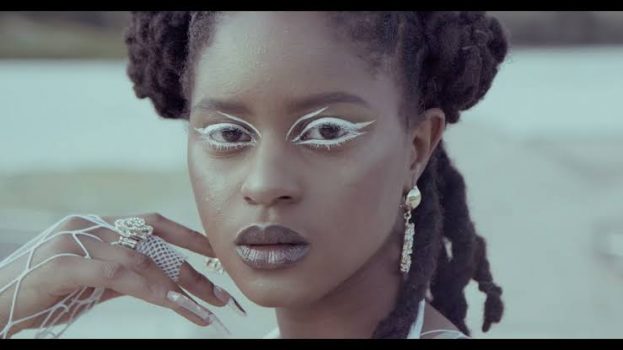 Story of a Sad Mermaid is a brilliant tribute to the Fulani heritage. It is also an avant-garde experimentation with global sub-cultures, and their harmonies, templating a very futuristic sound that dribbles between genres…

Beneath all the glitz and glam of the African music industry lies the basic building blocks of our music – ancient art forms etched in spirituality, culture and philosophies. With the current generation of futuristic musicians in Africa, there are very few individuals paying any attention to the continent’s foundational music forms. One of such ‘musical architects’ is the 25-year-old Guinean chanteuse, Tiguidanké Diallo, professionally known as Niariu.

With a 5-track debut EP dubbed Story of a Sad Mermaid, the singer spins a portal into the past, exploring ancient spirit music forms practised by her Fulani kin in the Bayaka region of Central Africa. And while her melodies give credence to the past, her sonic fluidity gives room for its future bloom.

Having worked on the debut EP for the past 15 years, Niariu prioritised two things: self-expression, and representation. While she strived to maintain her individuality in these rhythms, she also stretched her limits with sound experimentation. Blending Soul, Hip-hop, Reggae, Electronic music, and Bayaka cultural rhythms, Niariu weaves a portrait of self with Story of a Sad Mermaid, emphasising the details that connote her bravery, vulnerability and the ultimate bitter-sweet experience of humanity.

The EP is also her first solo outing, since her five-year stint as a member of the legendary all-female supergroup, Les Amazones D’Afrique (which has seen the likes of Angelique Kidjo, Mariam Doumbia, and Nneka Egbuna as previous members).

The first song off the EP, “Sirène” sets a profoundly melancholic tone that undergirds the entire project. The song, which is a cocktail of slow-burn harmonies, drowning violin chords, and solemn waterdrop folies, is a love anthem, albeit with a rather sombre and despair mood. It becomes a catalyst for the entire project, offsetting a rollercoaster of intimate evocations. She shares metaphorical memoirs on disappointments, doubt, seduction, love, and romantic relationships. And she explores the motif of a ‘little sad mermaid,’ to connect with her own despair and discrimination from life itself, while using the music as a propellant for bravery and perseverance.

From a tender age, she already adopted the moniker Niariu which means ‘cat,’ in Fulani, after her immediate relatives nicknamed her with it due to her mischievousness. Despite the negative image ascribed to cats in Guinea, Niariu maintains the name as a display of her sheer audacity. With Niariu, it is all about the resistance, to systems, to fate, to bullies of perception. And she crowns her efforts with Story of a Sad Mermaid, attempting to demystify the scary, devilish imagery attributed to the mermaid, and humanising her as a sentient being, capable of love, and pain, and heartbreak.

Story of a Sad Mermaid is a brilliant tribute to the Fulani heritage. It is also an avant-garde experimentation with global sub-cultures, and their harmonies, templating a very futuristic sound that dribbles between genres. Having lived in her birthplace city of Paris, and with her kindred home in Guinea, as well as spending multiple months in the United States, as she travelled with her parents during her early childhood and teenage years, Niariu combed her influences neatly.

Within her sound, you can hear a little bit of Adele, a sprinkle of Fatoumata Diawara, a ting of Lady Gaga, and so many other intriguing elements that spice the melodies up. Her experiences with her uncle back in Guinea, a Fulani singer called Lama Sidibe, helped her hone her own sound from the array of Congolese, Guinean, French, Senegalese and Zouk classics she was exposed to.

In the second song on the EP, “Illusions,” she enlists the Black American rapper, Taphari on a duet down the sour Hip-hop/EDM trail that is drenched with despair. Taphari’s slow metaphysical sing-rapping propels the ante on the rather tiring and solemn chants that Niariu serves on the hook and verses. 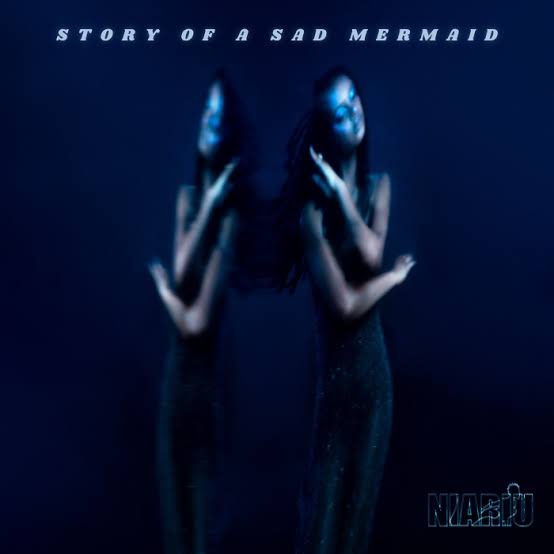 With the sombre nature of the vocalisation, Niariu’s slow chants and harmonies mixes badly with the EDM melody on this song, similar to what you get from a pot of oats with curry and pepper.

The fast-paced spoken-word poetry on the next song, “Closure,” gives a catchier intro and revives the appeal into this psychedelic, gloomy project. It reminds you of the Nigerian-German singer, Nneka Egbuna, with the pulsating aggressiveness of its groove. It becomes an alarm clock on the spirituality of the underlying harmonies, as well as the relatability and general ordinariness of its lyricism.

With “The Entrance,” featuring the Black American singer-songwriter, Saul Williams, Niariu climaxes her mood hypnosis, culling the soft groove, and shreds of euphoria that is dotted across the entire playlist. As her backing yells provide accompaniment to the mid-paced percussions, Saul Williams delivers a soulful metaphysical rap verse that ices the cake on the project.

In “The Sun,” Niariu writes the most realistic epilogue on this project as she paints a tragedy where the protagonist never finds solace, or salvation, from her fears. Yet, she (the protagonist) drowns in the sorrows that bedevil her – as is commonplace in humanity. “Underneath that deep love resides a shelter full of anxiety/ I wish it was easy to love you/ I wish I didn’t have to resist you,” she slowly incants, as she draws the curtains with scary folies of beeping hospital monitors – an indication of the endless nature of life and its travails.

Cohesively, on Story of a Sad Mermaid, Niariu successfully convinces the average futuristic-minded listener of the beauties and possibilities within the ancestral African sounds that lie on their deathbeds across the continent. It is a brilliant, and daring mix of harmonies, with a heavy dose of pensive emotiveness that give this project all the roses it deserves. It could, perhaps, end up as a soundtrack for an Oscar-winning flick, hopefully.

Also, with most of the songs sung in English, apart from “Sirène” which was sung in French, the code-switching on the project reflects the universality of music – and how cultural music can be conveyed with different languages provided that the main harmonies are present to distinguish and identify the genres.

Sadly, however, Story of a Sad Mermaid is still a generally weak attempt at convincing a mass population of contemporary music listeners, across Africa, especially those who are heavily hooked into the borrowed genres on this project – EDM, Hip-Hop, Rap, etc. Its attempt to experiment with these genres also fell into potholes, along the way, as some moments on the EP felt painfully dull, too dramatic, or depressing whereas a tad of simplicity could have been wise.

Its brevity (5 songs) is also proof that, for a lengthier project, Niariu would require a bit of extra strategising to make this work a soothing and seamless listen. At five songs, it lacks the replay value needed for a debut EP to thrive, but with the extra fruits of poetic lyricism, witty sonic fusions, and Niariu’s enchanting vocals themselves, Story of a Sad Mermaid stands out as a tale that is needed to be told, and heard.