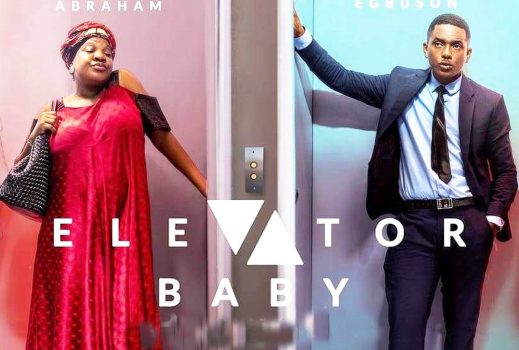 #Throwback Movie Review: “Elevator Baby” Attempts To Mirror A Country’s Systemic Problems, But How Well Is It Done?

As long as you live in Nigeria, there is every chance that its infrastructural and socio-cultural problems will catch up with you any and everywhere. A fallen cargo truck may block the road on your way to work and cause you to be late, a corrupt non-academic staff may delay the processing of your university transcript, electricity supply may get cut off during a medical procedure, a trigger-happy policeman may bring a young graduate’s dream to a halt, and a building may suddenly collapse owing to the use of sub-standard materials in construction.

It is commonly said that everything in the country is engineered to frustrate, and there are very few things that exist to counter that assertion. Movie-makers are faced with the options of addressing societal malaises in drama, painting a less depressing picture with comedy, or simply providing an escape by way of an alternate reality.

Niyi Akinmolayan’s portfolio speaks for itself. He is credited with directing a number of commercially (if not critically) successful Nollywood films, including The Wedding Party 2, Chief Daddy and The Set-Up. It is his production outfit, Anthill Studios, that rolls out this film which is part comedy and part social commentary, with Akay Mason acting in a directorial capacity. 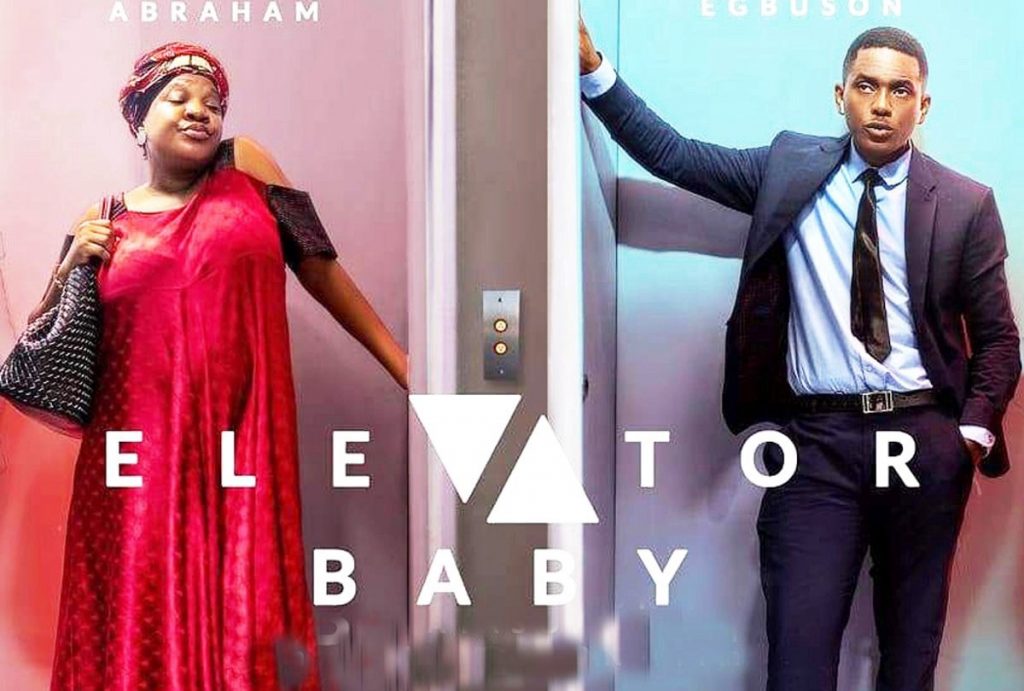 The events of the movie majorly revolve around Dare (Egbuson), an Engineering graduate who is still unemployed, years after leaving the university. He frequently mulls over the loss of his father, who was killed in an auto-crash a few years earlier, and since he was in the car on the day of the accident, he is haunted by survivor’s guilt. He relies on his mother (Bello) for financial support, doesn’t get along with his step-father (Solade), and spends much time with his equally unemployed friends (played by Nzeribe and Ufot).

After yet another big fight with his mother over his drunken late nights, and having his lady friend (Aniebo) ignore his romantic entreaties over his “lack of focus”, Dare decides to dust off his CV once more and go job-hunting. His search is futile for the most part, until one fateful Saturday when he’s scheduled for an interview at a firm. He gets into the elevator with a semi-literate woman named Abigail (Abraham), who is well into the third trimester of her pregnancy and has come to the building for a different mission. They collide and get into a shouting match, but things take a strange turn when the building experiences a power outage, the elevator stops working, and Abigail unexpectedly goes into labour. 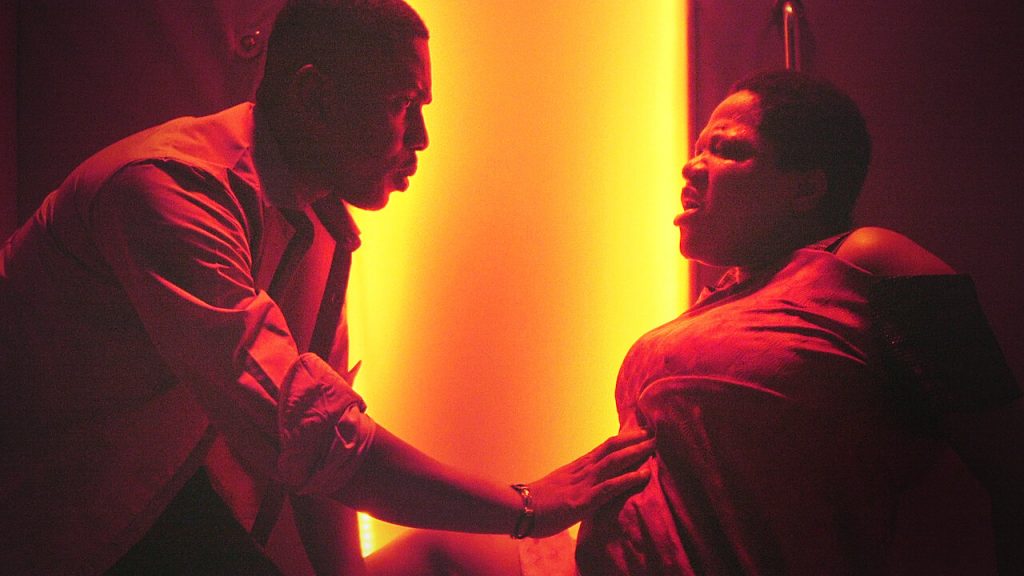 In 83 minutes, the film tackles a number of germane issues, including the scourge of unemployment, the attitude of employees in corporate Nigeria, and the perils of a failed system (typified by the heavy gridlock on a weekend which stood in the way of medical attention for Abigail). There is also an attempt to examine the dynamics of friendship, the concept of masculinity via the lens of trauma, and the heavy Oedipus Complex that sometimes makes it difficult for men to accept their mothers remarrying. We are also reminded that social media could be pretty viral, though the illustration thereof could have been a lot more subtle. 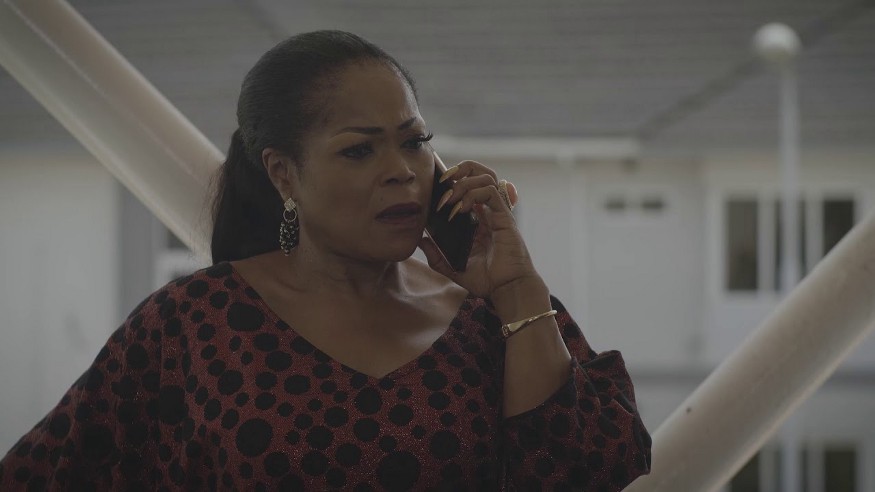 Toyin Abraham’s acting here is head-and-shoulders above the rest, and her portrayal of the hapless, guilt-ridden Abigail is one of the more memorable performances in this film. Egbuson’s role interpretation is over-the-top on many occasions, and he struggles for rhythm, but he doesn’t do badly overall. Solade keeps it short and masterful, and Obasi puts in a decent shift, but it is difficult to see what relevant contribution Broda Shaggi makes to the plot.

Elevator Baby deserves full marks for lighting and cinematography, but the editing is not without its imperfections. There is also something about the sequence of events that raises questions of plausibility, and indeed it is difficult to emotionally connect with the story or the characters until the final twenty-three minutes. The narrative is not the most captivating, but the movie is saved by a few stellar performances, and while it clearly struggles to the finish line, at least you are guaranteed not to cringe.