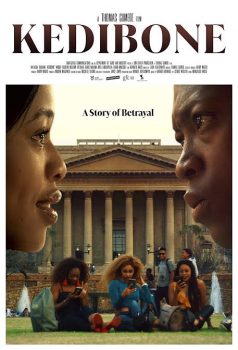 In Kedibone, Thomas Gumede sells both a South African coming-of-age story and a love story in a tale of dreams, choices, betrayal and loss…

In Kedibone, Thomas Gumede sells both a South African coming-of-age story and a love story in a tale of dreams, choices, betrayal and loss. At the centre of both stories is the eponymous character, Kedibone (a natural Natasha Thahane in a role that’s starkly different from her arrogant Wendy Dlamini role in Blood and Water), an impressionable young lady trying to make her way in a world that seeks to take advantage of her.
Straight out of secondary school, Kedibone is excited to leave uniforms behind, as well as Soweto, in favour of a Johannesburg university where she can study the course of her dreams—acting.

The melodramatic aunt (Unathi Guma) she lives with would prefer for her to work at a supermarket than for her to go to such an expensive school. But good fortune seems to be on Kedibone’s side, and right at the beginning of the New Year, she gets admitted to her dream varsity. Her dedicated boyfriend, Mrembula (Wright Ngubeni), sacrifices his entire inheritance to help her pay the tuition. But as soon as Kedibone gets into the university in the big city, she starts to lose bits of herself as she encounters people who seem to have everything to offer and even more to take. Seduced with money and perceived opportunities, she finds herself making questionable decisions that will culminate in unfortunate consequences.

Meanwhile, Mrembula stays back in Soweto, working twice as hard for his future with Kedibone and totally oblivious to the double life that his girlfriend is living, even as he benefits, however little, from her escapades. 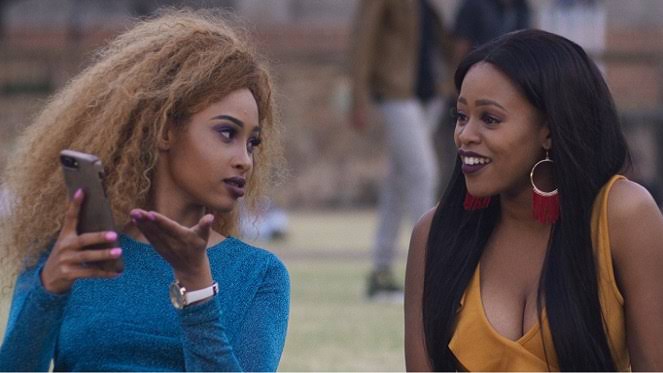 At first, Kedibone comes off as intelligent and focused, but she also comes off as naïve. Initially also, she seems to know what she is doing, or at least she seems to think she knows what she’s doing. She’s trying to have her cake and eat it, too; trying to play games with more experienced adults without getting scathed. She’s at that age where she thinks she’s ready to be an adult and old enough to play with fire without getting burned. It’s universally relatable, even if the particular game being played is different. But when she finds herself out of her depth, she still doesn’t stop. With each man or woman offering her money or some opportunity, the line moves back a little, till she barely has any line to draw anymore. What she wants to do, as evidenced by her composure, is almost always a far cry from what she does do.

And even when she actually stands her ground, it still rarely ends well for her.
Personally, it brings me great joy to see deeply-flawed leading women onscreen, because women are hardly afforded the opportunity to be imperfect without being painted as villains. But for a person around whom the entire film revolves, we don’t know nearly enough about Kedibone to fully understand her choices and actions. She starts exercising poor judgment before she is ever faced with a real challenge, and she generally moves in whatever direction the wind blows, with barely any real motivation for her desperation. We’re never privy to whatever it is that drives her passion for acting and makes her damn all consequences in her attempts to find opportunities. We don’t know if it has anything to do with her mother whose death is barely hinted at by a wistful Kedibone mourning her lack of tuition funds. But we do know it’s not about money, because when her aunt warns that acting is a bad choice because there’s no money in it, Kedibone makes it clear that she doesn’t mind. She even gets a job and a free room when she moves to Johannesburg, so she doesn’t appear as desperate as her choices. Without a convincing motivation, Kedibone ends up being a lot less deserving of our empathy than she should.

A major pain point, for me, is that too much time is spent on the more villainous characters, with the film trying several times to force humour out of them. But the brightest moments come when Kedibone is put onscreen with people with whom she has the most power balance. Sparks don’t necessarily fly between her and Mrembula, but theirs is as normal and genuine as romantic relationships go—after all, they are way past the new relationship stage. Her friendship with Geminah (Busisiwe Mtshali), her conservative best friend, is not very exciting, but it is the very picture of comfort and stability. When she grows close with the mostly shallow Tanya (Tessa Twala), despite keeping a horrid secret from her, we get an odd mix that surprisingly works well and even serves interesting conversations.
Kedibone has a particularly interesting relationship with her aunt. Within the first six minutes of the film, she and said aunt already have a fight over the mismanagement of the funds that should have paid for Kedibone’s tuition. It’s an early delight, not necessarily for the argument itself, but for the dynamic between both of them. But it’s the last time we see them appear onscreen together, which is a pity because we really could have done with a few more instances of their tumultuous relationship. But the inappropriate and downright abusive relationships get too much of the attention, leaving the more interesting ones to struggle for breathing space. 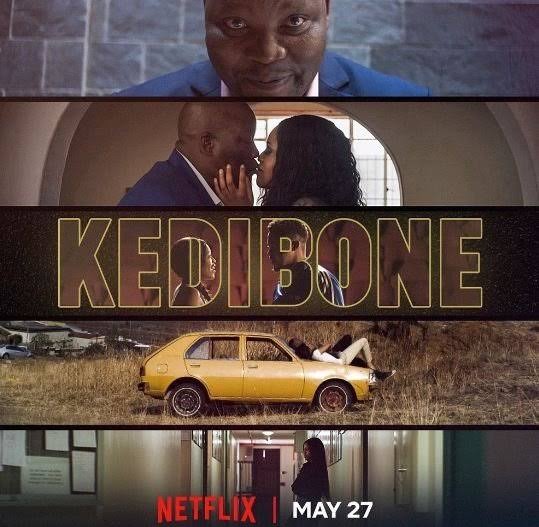 Still, Kedibone finds time to capture youthful exuberance, experimentation and the struggle to find one’s way. Kedibone is on a journey to find herself, and the whole point is to follow her journey and watch it unfold across the film’s 94-minute runtime. That shouldn’t be too difficult with a good story and a well-thought-out plot, although the plot stumbles around the end when it uses rape as a cautionary tale and a plot device to make a woman rethink her lifestyle or, perhaps, as a last-ditch attempt to make a character sympathetic. But the overall experience is commendable. Plus the immersive score and the magic of Lance Gewer’s (Happiness Ever After, Spud) excellent cinematography never get lost on you.

(Kedibone was initially released in 2020 and is now streaming on Netflix here).