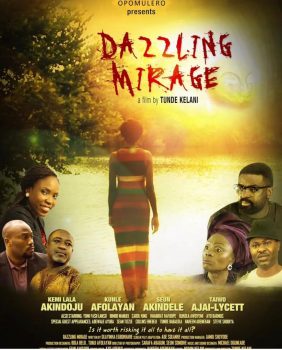 From its first release in 2014, to its recent release on Netflix, the movie remains as captivating and inspiring as ever…

We can say that Dazzling Mirage has been successful both as a novel, and as a movie. The novel, written by Olayinka Abimbola Egbokare, lends its voice to creating awareness of sickle-cell anaemia disease. Without unnecessary twists and spinning in circles, the book, as well as Tunde Kelani’s theatrical interpretation of it, hits the nail on the head on issues like love, pain, trauma, inhumanity and stigmatisation.

From its first release in 2014, to its recent release on Netflix, the movie remains as captivating and inspiring as ever. Leading a star-studded cast is Kemi Lala Akindoju as Funmiwo, a sickle-cell disease sufferer whose only dream is to live a normal life, free from pain, pity and stigmatisation.

Dazzling Mirage happened to be Akindoju’s first film on the big screen, the opportunity that gave her her big breakthrough into the Nigerian film industry. Also starring are the likes of Seun Akindele, Kunle Afolayan, Yomi Fash-Lanso, Bimbo Manuel, as well as AMVCA8 industry merit award winner, Taiwo Ajai-Lycett.

While Funmi excelled in her chosen field in the PR industry, the stress involved in pulling off the job threatened to have her hospitalised. Akindele (Sanya), the man she is in a relationship with, is nowhere to be found. While we may try to make excuses for him, and place the blame on his being a mummy’s boy, Akindele’s inaction was totally of his making, and with time his true nature is exposed. Akindele is clearly unsure of his place with Funmi, and besides his controlling mother, he makes most of his decisions independently. Funmi gives the perfect description of Sanya when she says to him: “You lying, dishonest, two-timing, time-wasting, mummy’s boy.” I couldn’t agree more. Akindele’s mother, Mrs Fadipe (Ajai-Lycett), makes it clear from her first screen appearance that she wasn’t in support of her son’s relationship with a sickle-cell disease sufferer, and is determined to ensure they don’t end up together.

Akindoju’s interpretation of the part was authentic and emotional; she shows pain, and realness in her performance. Funmi’s confrontation with her parents where she accuses them of being the reason for her current predicament was a highlight. Her revelation is only the painful thought and belief of every sickle-cell disease sufferer voiced out. Since it is a preventable disease, they are wont to dashing out blames to their parents, especially in this modern age where compatibility can be weighed through genotype and blood tests. Funmi calls out her parents, who are both medical practitioners, for being ignorant of their AS-AS genes incompatibility. She does not know that they aren’t her biological parents.

The movie couldn’t emphasise more on the benefits of belonging to a community that understands and appreciates one. As the doctor clearly stated, the road to healing isn’t just physical but mental; therefore, being amongst people with similar issues and stigma is a healthy reminder that one isn’t alone.

The movie also give a detailed illustration of a proper sensitisation outreach. The crowd, the setup, the road-walk and performances all made the sensitisation realistic.

Dazzling Mirage is a blend of African & urban lifestyle, and celebrates the beauty of the African culture through the beautiful artistic structures, props and artworks, as well as the display of native attires on the cast and the sight of rare birds like the “crowned cranes.” However, although we love the display of culture through costume, Funmi’s dressing was way off. The movie is not so Gen Z, but the concealed dressing made her look way older and a lot less attractive. Even The Bridgertons set within the 19th century did better than this. Making it worse was the error of constant colour blocking. It made it almost impossible to forget how long ago the movie was first aired. We blame this on the unimpressive cinematography. The camera angles were in many cases wrongly-positioned.

However, the beauty of this film is how, even in its imperfections, the strength still surpasses the flaws. The scripting, as well as the score, is one to drool over. The use of original soundtracks gave the movie immense originality. The perfect blend of talking drum beats and piano harmony was the beauty of the movie. The post-production team attached the right tune to every scene.

Again, the movie took a precise hit, without roaming through bushes. From the first few scenes, the main story was already defined. The language of the characters was perfectly structured like poetry, soothing to the ears. The cast was properly selected to deliver these lines and messages. One of my highlights was Dotun’s proposal to Funmi. The character of Dotun played by actor/director and filmmaker, Afolayan, was Funmi’s boss who eventually fell for her and loved her in every way Sanya couldn’t. While Funmi remained in her affections for Sanya and decided to turn away from love, Dotun only looked for a better way to “sell himself” as his VP, Lanre, had advised. Being a good salesman, his character made the most romantic proposal, making it sound less cocky and more assuring. The proposal was as beautiful and inspiring as the phrase “love conquers all.” 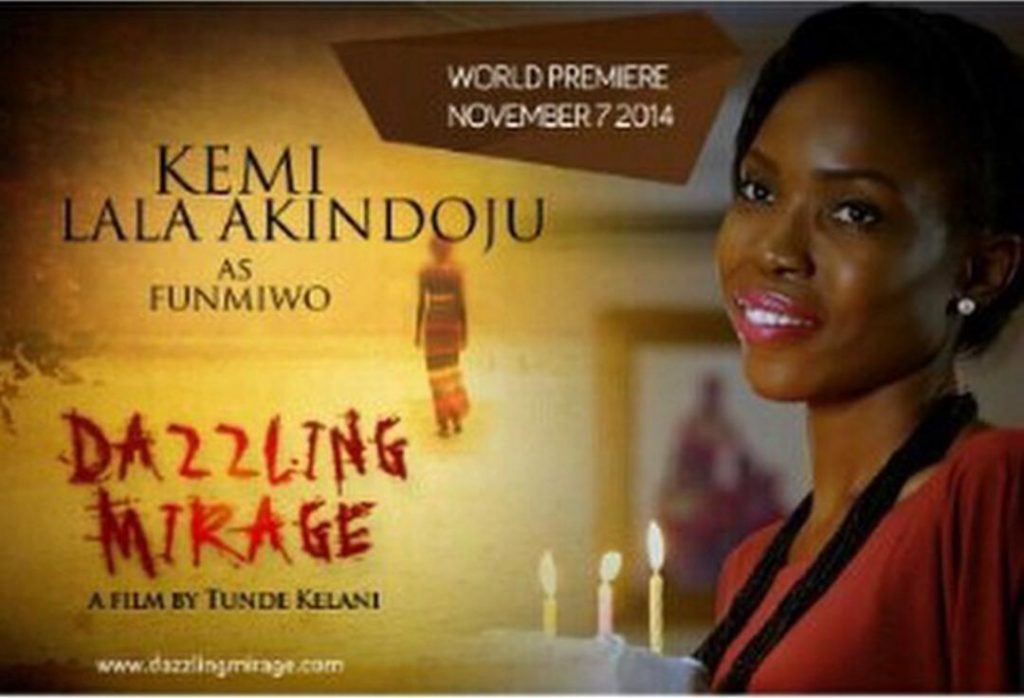 Words can’t describe my excitement in seeing a properly set up, equipped and realistic hospital setting in Nollywood. Although it wasn’t pitch perfect, it was the best I had seen in all my years watching Nollywood films. From the wheeling of Funmi into the theatre, to the first caesarean cut made, the neatly-laid out scapulars and scissors, the blood-drenched cotton wool used for suction, and above all, the originality of the childbirth and the cutting of the umbilical cord, the movie is deserving of every award it gets.

The movie started off with Funmi’s dazzling future looking like a mirage to her fighting the disorder, and making her dreams come true. Tunde Kelani’s skillful detailed presentation of art is the best I have seen in the industry so far.

Dazzling Mirage exposes the hard existence lived by sickle-cell disease sufferers, and how society can either encourage or deter them. It also educates viewers on the need to clarify genetic compatibility, as love is no excuse to subject a child to a life of pain. The effects of genetic incompatibility don’t affect the parents as much as it does the unborn child who may grow to detest their parents for their ignorance.

The celebration of World’s sickle-cell Day holds on the 19th of June every year, and has been set aside to celebrate those living with the sickle-cell disease. It is also a chance for couples to find out their genetic compatibility before they make irreversible mistakes. The World’s Sickle-cell Day is educative and informative, a chance for us to become “Sickle Smart.”

We are Afrocritik, and we are Sickle Smart. Are you?