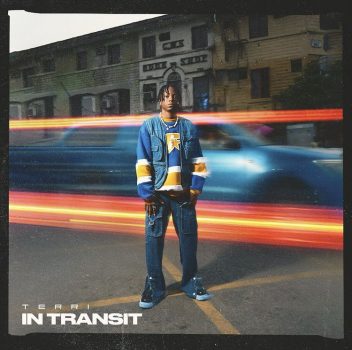 Is Terri Still Stuck “In Transit”?

While mentorship will always have a similar effect on proteges, Terri’s sonical footprint wades towards ambiguous waters, with a very obvious sense of a lack of artistic rarity…

Terri Akewe, professionally known as Starboy Terri, is one of the most underrated artistes out of West Africa. And, sadly, the reason this artiste is slept on is because he laid the bed for that slumber with his very own hands. Yet, despite the growing decline in his popularity, the singer still sings with a voice that has the potential to awaken the African music audience from this prolonged elusive dream.

When the Afro-pop royalty, Wizkid, signed Terri, in 2018, it was perhaps one of the most iconic harvest of talents across the African music scene. With his first major introduction to the world being his appearance on Wizkid’s Starboy Records collaborative song, “Soco,” it was a glaring indicator that this would be the successor of the Starboy himself. With his lithe vocals suspiciously sembling that of his label boss himself, it was still apparent that Terri possesses the songwriting strength, vocal delivery, and exceptional melodies to seduce any fanbase, like his master did back in 2010. Yet, four years later, Terri’s sound is still lost in the winds, trying to find its way into our ears and hearts. And it leaves one question to mind: what, really, is going on?

If you take a careful look at Terri’s latest project, In Transit, then you could begin to assemble the clues. From the first song, “Danger,” Terri sets the tempo for yet another feel-good dance-heavy romance project, as he pontificates about the risk of losing a special connection with his lover. And by the time the record snowballs into the second track, “Holy Water,” you start to get a sense of the ordinariness of the project, as he continues his love-esque apostolate of adulating the sensuality and beauty of his lover. And when the record gets to the midpoint in “Wanna Know,” you get belly-filled with the over flogged concepts of serenading a lover. And till you reach the end of the record, after listening to “For Here,” “Chargie,” and “No Lie,” you stop having expectations. But, by the time you arrive at the end of the project, one realisation hits you: despite the clichés, the project was enjoyable. And that is the first double-edged superpower of Terri’s artistry, currently; he always finds a way to morph any record into an enjoyable soundpiece. But it always ends at that. There is no jaw-dropping moment at all. The momentum of your listening pleasure is static all through the record.

When you revisit Terri’s debut project, Afro Series, you will find even more clues about the root of his current creative quagmire. From “Wake up,” to “My Chest,” down to “Ojoro,” “Balance,” and “Kill Man,” the Wizkid musical twin showcases his mastery in vocal delivery, as his infectious flows caress over the tropical Afro-RnB melodies. Every song on that record shines with its individual strength. It is a beautiful collage of soothing melodies and feel-good romance stories. Now, melodically, Terri’s musical fingerprint is a rough blend of Wizkid’s 2010s ‘lamba’ (street lingo for fast-paced, upbeat flows buttered with nonsensical adlibs) and Wizkid’s 2020s tailored RnB groove. It always feels like you are listening to a musical collage of Wizkid. While mentorship will always have a similar effect on proteges, Terri’s sonical footprint wades towards ambiguous waters, with a very obvious sense of a lack of artistic rarity. You still get the itch to reach into the wells of Terri and draw out his evolved sound. And, boy, it itches!

You see the Ghanaian Mugeez cuddle the melody of “Chargie,” to drop a Wande Coal-esque love bop. The song stands out as the star of the EP, possibly winning the spot for the most poetic songwriting on the record. “No Lie,” shows Terri’s growing artistic intelligence, with his sound direction on the production. From the piano synths, to the whispering adlibs, the EP breathes with a very inviting pace. It feels like a playlist with a very high listening appeal. The slow-burn percussion-laden groove on the record shines as its most intriguing feature. In terms of rank, the melodies come first, before the vocal delivery, and then the content and songwriting, in this EP. It feels like a melody for slow, boring times, a perfect playlist for a quiet introspective moment at the beach side.

With Terri’s lack of artistic uniqueness, the politics of his affiliation and vocal semblance with his label owner, it becomes a hard choice for his fans to make in terms of hype. It feels like the type of project you listen to and feel good about, but are never really excited about to the point of talking about it. And this makes for a tiring listen. Terri needs to capitalise on the vibrancy of “Ojoro,” and keep the fans intrigued with shocking hits. These have become the recipe of his commercial unpopularity, which is also coinciding with his low marketing effort. Apart from being on Wizkid’s Made In Lagos album, Terri had not achieved viral top of mind awareness, until this EP.

In Transit feels like another evident step in Terri’s artistic growth, but it feels like a step too shortened for the type of impact he deserves to have. It is time for Terri to think outside the box and extend the uniqueness of his musical gift offerings. He needs a consistent amount of hits, to shoot the star out of him and into the world. While this writer will steer away from the politics of music label creative oversight in talent management, Terri should decide where he is happiest the most, and most comfortable to make decisions that reflect the depths of his desire for his music. And only then, until Terri serves a record that goes deeper than his current trademark, it will be hard to convince a passive audience and even maintain a cult-following. The choice is his: go harder, or go out of the limelight.

However, as an EP, In Transit is a solid project, with branches and twigs that might need to be trimmed, to reduce its ordinariness. Yet, it still soars with the magic of Terri, with satisfactory optimisation of his musical talents. It does not significantly bolster his musical identity or his commercial success, but it spotlights his potential and keeps you happy. But the question is: for how long?

In Transit is a stellar record, with clear pointers on Terri’s roadmap to his artistic evolution. However, it is a short trip between where he was before, and where he needs to be now.