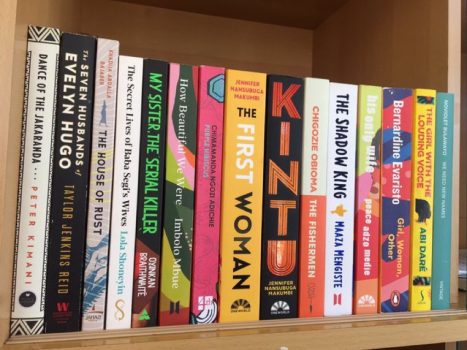 When these Western publishers shifted their gaze elsewhere or closed their exclusively African imprints, their absence created a big chasm in the African publishing scene…

The years between the late 1980s and early 2000s are the dark ages of African publishing. In Nigeria, traditional publishing reached a point of near-death. The only kind of publishing activity going on in those years were textbook publishers who felt it was safer to publish textbooks, educational and religious tracts because of the ready market for them. Vanity publishing — or what some people call “Cash-and-Carry” publishing, which operates on the unethical basis of authors paying to get their books printed — took root during those years.

For years, Heinemann and a few other publishers based mainly in Europe dominated the landscape of traditional literary publishing in Africa. Heinemann, in particular, was immensely influential from the early 1960s to 1980s, churning over three hundred books in that interval. Most African novels, poetry, and plays published during this period were published under Heinemann’s famed African Writer’s Series (AWS). It is safe to say that African literature came into maturity under the curatorial guidance of Heinemann Publishing. When these Western publishers shifted their gaze elsewhere or closed their exclusively African imprints, their absence created a big chasm in the African publishing scene. The African literary establishment was unprepared to fill the gap.

With the gradual decline of Heinemann from the late ‘80s, the few traditional publishers around shunned the publication of novels, deeming them as highly unprofitable. Apart from those who were lucky enough to get publishing contracts from western publishers, many Nigerian writers during this period were forced into self-publishing. With its many problems, self-publishing is not the ideal venture for writers: there is always the problem of poor paper quality, lack of editing services, and the fact that authors have to bear the burden of marketing their own books. The combination of creative and marketing obligations did not bode well for African writing. Little wonder, then, that African Literature won very few laurels in this period. Young African had no other hope of amplifying their voices. And so, despite the overall poor quality of the books, self-financed publications facilitated by vanity publishers continued to grow exponentially and, for the most part, mediocrity prevailed.

In Nigeria, all that would begin to change starting from 2004 when Kachifo Limited was founded by a former banker named Muhktar Bakare on the idea of “Telling Our Own Stories.” Its literary imprint, Farafina, would become perhaps the single most influential traditional publishing venture in West Africa in the 21st century. The first book published under the imprint was the Nigerian edition of Chimamanda Ngozi Adichie’s Purple Hibiscus, the book that heralded Adichie as a writer of immense talent and promise. Today Adichie’s name is synonymous with any mention of Africa literature in the 21st century. Such was the immediate impact of Kachifo’s emergence in the African publishing industry. In years since then, Farafina has helped to publish young emerging writers across Africa such Tendai Huchu, Yewande Omotosho, Akwaeke Emezi, Eloghosa Osunde, Jowhor Ile – whose novel, And After Many Days won the Etisalat Prize for Literature – and others. 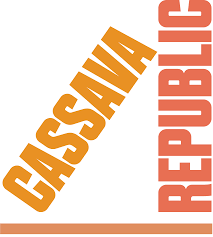 Farafina was the only serious traditional literary publishing imprint in Nigeria and much of Africa until the emergence of Cassava Republic Press in 2006. Co-founded by Bibi Bakare-Yusuf and Jeremy Weate, the aim was “to change the way we all think about African writing . . . to build a new body of African writing that links writers across different times and spaces.” Cassava Republic also aimed for a combination of quality and affordability. They published many well-known voices today such as Abubakar Adam Ibrahim, Sara Ladipo Manyika, Mukomawa Ngugi, Doreen Baingana, Helon Habila, whose latest novel, Travelers, was shortlisted for the 2020 James Tait Black Memorial Prize. Cassava Republic took African publishing a step further between 2015 and 2017 when it expanded into the UK and the US.

In 2012, Azafi Omoluabi-Ogosi, and Richard Ali established Paressia Publishers. Amazingly, Paressia has helped to turn many first-time writers into acclaimed award winners. The title story from Abubakar Adam Ibrahim’s first book, The Whispering Trees, which Paressia published in 2012, was a finalist for the Caine Prize for African Writing in 2013. Ibrahim’s first novel also won the $100,000-worth Nigeria Prize for Literature in 2016. Cheluchi Onyemelukwe-Onuobia, another first-time author published by Paressia, won the same prize in 2021 as well as the Sharjah International Fiction Award in the UAE. Emmanuel Iduma, another writer whom they first published in 2012 as a debut author won the prestigious Windham-Campbell Prize earlier this year. In a Brittle Paper interview, Omoluabi-Ogosi and Ali stated that they were mainly interested in “giving a voice to writers who have never been heard on the Nigerian publishing scene.”

Other publishers have followed Paressia’s lead in publishing promising young writers who would go on to win awards. Griots Lounge (also established in 2012 by Bibi Ukonu) has established a branch in Canada. One of their debut authors, Nnamdi Oguike, won the Miles Morland Writing Fellowship. This year, two of their poetry titles—Amu Nnadi’s the love canticles, and Romeo Oriogun’s Nomad — made it to both the longlist and the shortlist of the Nigeria Prize for Literature respectively. Till date, Griots Lounge remains the only one among these new traditional publishers in Nigeria taking a bold step by publishing poetry books with more frequency. One could say that they have been rewarded for their resilience in that respect. The likes of Masobe Books, Ouida Books, and Narrative Landscape Press are pushing the narratives of young emerging writers into limelight. The emergence of TJ Benson as one of the most promising writers of this generation is partly due to the efforts of Masobe Books, which has published his first and second novels. Other authors published by Masobe include Ukamaka Olisakwe, Chimeka Garricks, and a few others. Ouida Books has authors such as Nnamdi Ehirim and Ayobami Adebayo in their stables. 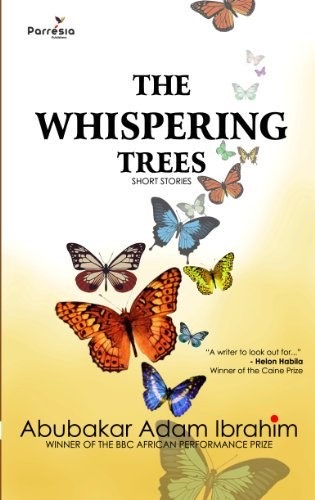 In East Africa, Kwani?, established through the efforts of Binyavanga Wainaina, and Billy Kahora, successfully launched the careers of extraordinary talents such as Jennifer Makumbi and also the likes of Uwem Akpan with their books, Kintu and Say You Are One of Them, respectively. Huza Press in Rwanda seeks to completely change the face of publishing in Rwanda by bringing previously unknown names to prominence. For more than two decades after the end of the Genocide, most books about Rwanda were not written by Rwandans. Huza Press, seeing a great gap in the country’s curation of literature, would seek to fish out the literary talents in the country through its various programmes, prizes and book publications. The founder, Loiuse Umutoni, has stated that Huza Press was founded “to provide a platform for African voices and in our case Rwandan voices.”

In South Africa, there are many established publishers with international reach such as Random House Struik, Penguin Random House SA, etc, but it is publishers such as Kwela Books that are really making an impact among the black South African majority who have not had as much opportunities as other South Africans. Starting from the early 2000s, publishing the likes of Niq Mlongo and Zukiswa Wanner, Kwela has managed to make a statement in publishing in South Africa. Its authors, such as K. Sello Duiker, Zukiswa Wanner, and Maxine Case, have won the Commonwealth Writers Prize and the South African Literary Awards.

The recognition of cultural gaps, the need to nurture budding talents, the rewriting of twisted narratives, the curating of a generational canon, providing platforms for new important voices to emerge — these are some of the reasons traditional publishing companies are being established. The important aspect of the new trend in Africa where these publishers are pulling all the necessary strings to be part of the fledgling growth of African literature is that young writers are no longer assailed by the hopelessness of ever getting published. There is now an understanding that any young writer who has put in the work will surely get noticed by these publishers one day. This speaks of brighter days ahead for African Literature.