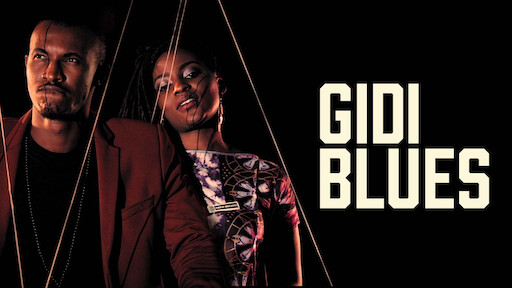 Gidi Blues is real, it shows Lagos at its lowest, taking out exuberant and expensive locations in the city, which, prior to then, had made viewers lose sight of what the real Lagos looks like…

For some reason, Nollywood always has a romantic movie to shoot up our spines, mostly cliche, but not this one. This movie goes beyond the adorable Romeo-and-Juliet-finding-each-other kind of story. Here, there is substance and content that makes you eager to see what’s next.

Gidi Blues, an almost classic rom-com from Femi Odugbemi in partnership with African magic, re-emerges after its exclusive premiere on the 4th of June, 2016 at the Federal Palace Hotel in Lagos, this time on Netflix. Besides being almost a decade old, Gidi Blues still gives the thrills better than most recent romantic works in Nollywood.

Starring most of the talented faces on Nollywood’s wall of fame, the likes of Gideon Okeke, Nancy Isime and Hauwa Allahbura as lead actors, Femi Odugbemi (Tinsel, Battleground, Movement-Japa) directs this romantic drama based on a screenplay by Taiwo Egunjobi and Femi Kayode. Others in the list of casts are Lepacious Bose, Daniel Lloyd, Tina Mba and Bukky Wright.

Gidi Blues follows the story of Akin (Gideon Okeke) a wealthy playboy who meets a beautiful, yet different woman, Nkem (Hauwa Allahbura) from what he is accustomed to, in the most unusual place. The movie opens with a show from Akin who saves the day when he runs after a thief who had just snatched a lady’s bag, chases him down into the den of hoodlums and almost gets robbed himself if not for recognition from an old-time friend who happened to be the gang leader.

He later returns the lady’s bag, and quite cliché, won himself a “hero” title. After he does, we expect he gets flirty and asks for her number, but the plot twist was quite a beautiful one.

A side story cuts off the expectation as starstruck Simbi (Lepacious Bose) Nkem’s friend, tries to take advantage of a good moment to build an interest in Jaiye (Daniel Lloyd) Akin’s friend, which doesn’t end perfectly by the way.

Odugbemi changes the narrative for young directors in the Nollywood industry. He gives them a lesson that a crucial rule of filmmaking is unpredictability. The movie tries to drift from the cliche meet-cute opening and instead drifts into a full-time cinematic love story.

Taking the shape of a romantic drama, Gidi Blues portrays love in a rather beautiful way, one that is not choking or possessive. It’s not all cute and materialistic. Love in this movie is about giving one’s self, being a better version of oneself, and a little bit of what an average Nigerian sees as love in quality time and gifts. The movie doesn’t bore you with all the lovey-dovey things by only painting romantic scenes; rather it gives room to explore Akin’s character, who is not entitled, but rather a spoilt son of a single mother.

He has everything handed to him, and thus sees no reason to work and earn his money. His perception of life changes when his mother finally decides to let him grow up and be his own man. On that path to independence and finding himself, he finds peace and purpose in Nkem. She is nothing like the other women he had been meeting. With her, there was more, not just sex, drinks or parties. Yet, she wasn’t boring. With her, he feels real, the weirdest things made sense, and his life gained direction.

Unlike most romcoms, there is something about this particular one. The city of Lagos, a special kind of spice in itself, is injected into it. There is no imaginary, perfect picture being painted, nor a classy bling life being taken into special notice. Gidi Blues is real, it shows Lagos at its lowest, taking out exuberant and expensive locations in the city, which, prior to then, had made viewers lose sight of what the real Lagos looks like.

Places like Idumota and Makoko are featured in this movie. Viewers are told that it’s not all glamourous. NGOs and developers are thus encouraged to help the people out there and take their attention from the many others on the island living their best lives. As Nkem says: Those living here (in Makoko) are less privileged, but that doesn’t make them less human.

The movie also gives Lagos a different image, a different narrative from what we hear. In this work, Lagos goes beyond prostitution and robbery as portrayed in Daniel Oriahi’s Taxi Driver, and beyond human trafficking as portrayed in Kenneth Gyang’s Oloture. It paints Love in Lagos, introducing the Nigerian state in a different light, and even at that, it doesn’t take us out of the beauty of the locality.

There is a good pictorial view of Lagos life: the danfos, the big markets, and the Third Mainland bridge, which had then just gained more recognition after Governor-Ambode’s Project Light Up Lagos.

The cinematography as well as camera handle is just fulfilling, with fine scenes and just the right amount of colour needed. The shot angles and close-up views of the movies flaunts Odugbemi’s expertise and experience with TV Shows.

However, it is not all flawless in Gidi Blues as it’s seen that beyond his expertise, Odugbemi gives the second biggest role in the movie to the weakest actor on set. With Akin putting in his best to play his part as lead on set, it’s glaring that his efforts are bounced back and unencouraged by Nkem, who although beautiful, just wasn’t strong enough for that role. There is an obvious difference between a beautiful face and a good actress.

There is no chemistry between the supposed lovers, making the scenes unbelievable. Nkem finds it difficult to key into any of the famous female stereotypes, which is either to be “sexy,” “mean” or “likeable.” Rather, she’s rigid with not just her body movements but her facial expressions which makes it impossible to feel her emotional presence in the character she is trying to portray.

However, the scenes with Carmen (Isime) and Akin (Okeke), are steamy. Carmen who is supposedly a pastor’s daughter, painted to be a holy child, leading choir and prayer meetings in the church, turns out to be a legal element of sin, sexually beating playboy Akin at his own game, with her insatiable desire for sex. With a good knowledge of her craft, we trust Isime to always deliver.

For her acting strength, however, Isime is not given enough room to express herself. Her character is left wandering rather too long before her last appearance, a scene where she opens up to her parents about her being “carnal” and loving it, a scene that ought to be her biggest but was instead her weakest. Visibly, Akin is not called out for his misogynistic label of Carmen as a “pornstar” which is quite unruly, yet not surprising as that’s the society we live in. It is possible that Odugbemi scripted it that way to portray how a woman gets treated for her sexual awareness and urge to explore.

Further, we explore the character Simbi (Bose), who’s crazy over Jaiye (Lloyd) and is rejected because he found her unattractive, and preferred a slimmer lady (Imaginary Susan). Jaiye later comes to meet Simbi for advice to save his friendship. Jaiye’s action is both stereotypic and judgmental. The nitty-gritty in this movie is that love and happiness for women are only meant for the slim and sexually inactive.

With the smooth roll of the script, the ridiculous stunt of diving off the boat pulled at the end of the movie could just be the most unnecessary action you will see in this work. It was unnecessary, and drags the movie down the drain.

Young directors in the industry who look up to a craftsman like Odugbemi will gain from his wisdom and knowledge of his craft, and learn from his mistakes as well. A comparison between Gidi Blues (2016) and Movement-Japa (2021) — both of Odugbemi’s works — shows an upgrade in his mentality of work creation. Hopefully, it keeps getting better.