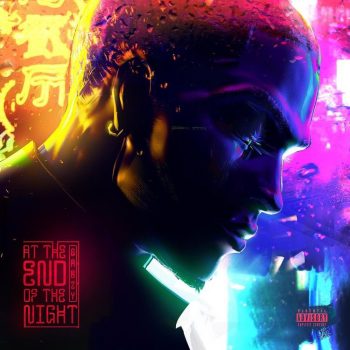 Gabzy Stretches for Depth “At the End of the Night”

The sounds are a bit futuristic, but very intimate and complex. On the surface, Gabzy sounds like a fine blend of Chris Brown, Khalid and Usher, but deep beneath his vocal texture remains the true culprit…

Since the end of the 2010s, Britain has gained popularity as the ‘diaspora headquarters’ of Afrobeats music. With an array of British-African artistes serving chart-topping melodies, with some of them actually making Afro-fusion music, it was easy to connect with the African audience. Now, voices such as Skepta, Dave, Stormzy, Tion Wayne, Ms Banks, Darkoo, among others, have been able to cross the famed London Bridge and make it to the shores of Africa as prominent wave makers. These mavericks, usually within the RnB/Drill scene, are notorious for their signature accents, as well as storytelling. It has become a fingerprint of their collective artistic discographies, and At the End of the Night, the latest offering from another British-Nigerian honcho, Gabzy, proves it effortlessly.

Born Gabriel Adeyemi, Gabzy is a fast-rising London-bred RnB artiste, and one of the best in his league. His collaborative EP with the American hit-maker, Melvitto, Summers sprang him to the mainstream limelight, in 2016. Since then, Gabzy has continued to soar in that halo, refusing to be underrated or under-exploit his own talent. Hit after hit, he marks a thick line between his artistry and mediocrity, becoming one of the youngest singers in his generation whose entire discography is baked with only classics.

At the End of the Night is a 5-track EP that proves Gabzy’s mettle, once again as a poetic songwriter and vocalist. Within the EP, Gabzy spins off an emotive mood that soaks the entire record. From the first song, “Way Too Much,” the slow-burn sing-rapping, outstretched chorale hamornisation, as well as the dramatic pace of the song, sets the tempo for the entire EP. Gabzy is known for being one of the most poetic love singers out there currently; and within this EP, he unfurls tales of love, affection, forgiveness and heartache. With catchy titles such as “Rice and Peas,” “Shoulda, Coulda and Woulda,” Gabzy tows the line of free-spiritedness in his creative choices.

Just like in “Summers,” Gabzy crafts his vulnerability using simple metaphors and imagery. It is the richness of his descriptions, as well as the delivery, that bolsters the storytelling in his records. “God Bless My Enemies,” starts off with a Kanye-West-esque prayer before delving into the smooth 808s and backing piano chords. “Confusing all my enemies with this pressure/When they try to figure out why I’m doing better,” he asserts over the mid-tempo bop. “Ain’t no hate in my heart/ If you want me to fall, I am sorry for you,” he continues. The song seems like a very personal open letter to his detractors. Personally, Gabzy is no stranger to challenges and setbacks. Prior to his breakout, he always had his heart set for playing professional football. Nonetheless, his goals switched from the goal post to the studio booth, and he continues to score his points in every field.

One facet of this EP that actually scores the most points is its sound direction. On songs like “Rice and Peas,” and “God Bless My Enemies,” Gabzy paints a portrait of an ‘80s loverboy stuck in 2022. The sounds are a bit futuristic, but very intimate and complex. On the surface, he sounds like a fine blend of Chris Brown, Khalid and Usher, but deep beneath his vocal texture remains the true culprit. Gabzy’s extra-smooth lithe vocals give off a very romantic Victorian-era type of vibe on all his records. Still, in records like “Rice and Peas,” he sembles the vibe he churned out in earlier records like “Party Starter” where he creatively turns soothing melodies into midnight club favourites.

Whenever Melvitto and Gabzy team up it is always an iconic cocktail of heartbreak songs and vintage melodies. On “At the End of the Night,” Gabzy preaches the same heartbreak-inspired messages, with Melvitto wearing the hat of an Executive Producer. The duo had always had a singer and producer relationship on previous records, but this time, Melvitto draws his deep breaths from the executive aspect of the creative process. This does not reduce the theme of their creative bond. In fact, Gabzy swipes at being vulnerable with himself, like when he states his faults all over “Shoulda, Coulda, Woulda.”

Cohesively, all songs in this EP are an enjoyable listen. The song, “True Colours,” appears to be the only weak link in this EP, as it doesn’t wax strongly as a middle-child or connecting song in this project. Its vibe is too sombre, in comparison with the rest of the EP, and by the time “Shoulda, Coulda and Woulda,” comes on after it, you are already easily distracted. Still, thematically, At the End of the Night is an enigmatic sound-piece with intelligent songwriting, unique sound direction and a sprinkle of ‘Gabzy magic.’ At the End of the Night is one of Gabzy’s most delicate works so far.

Africa At the End of the Night Gabzy