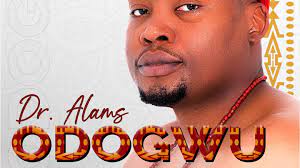 It was early 2016, the novelty of the presidential administration had long worn off, a national economic recession was looming, and I was mulling over my inability to find love in Lagos, eight months after relocating from the South-South region of the country. My weekdays were typically laden with the drudgery of white-collar existence, but on my way back home one Thursday evening, I stumbled on a link while surfing Facebook to distract myself from the grueling traffic that was customary to the evening commute. The link in question directed me to a song, which I would later find out was titled “Wahala”. The mixing and mastering were not perfect, but I found it humorous, catchy in a weird way, and reeked of the nostalgia that accompanied late 1980s and early 1990s Nigerian pop. What I found more intriguing, though, was that the song had been composed by an individual who ordinarily wouldn’t be expected to make music, given the nature of his day job.

Kelvin Alaneme, professionally known as Dr. Alams, spends more time with stethoscopes, gloves and surgical blades than microphones. No, the title that forms part of his moniker is not derived from an honorary degree (as with Dr. Marcus Rashford), or from affectionate respect (as with Dr. Dre). It was actually earned by studying Medicine and Surgery at the University Of Nigeria, Nsukka, one of the foremost tertiary institutions in Nigeria’s South-Eastern region.

How Dr. Alams has been able to balance medical practice with music is anyone’s guess, but somehow he has pulled it off: three projects in the space of three years points to his admirable work rate. His foray into entertainment has not been devoid of criticism – in the title track of his sophomore album Melody King he acknowledges the pressure to quit in the lyrics “it has not been easy defending this gift/they say don’t do it” – but this smiling medic, who describes his music as Afrocentric, has kept going.

Odogwu is the third body of work credited to Dr. Alams. Rolled out by independent label Ala Africa Music, it premiered on New Year’s Day of 2021, barely 18 months after the release of the poorly-received Melody King. Per length and structure, it is a five-track EP, with a listening time of seventeen minutes. His wife, Rita, takes on the role of executive producer, while Chify Jay and Vee assist with beating the sound into shape.

The record gets off to a flyer with “Fire”, an upbeat party anthem which is reminiscent of Flavour’s “Finally” and dwells on dance floor chemistry. The tempo is maintained on the title track, where he serenades a love interest while acknowledging his enchantment. Percussions and acoustic guitars hold sway on “Tornado”, a track which bears the sonic feel of a 2017 Runtown song and screams for a dance video. Reassurances and long-term commitment are the themes on “Alright”, where he is joined by Lazzyboi and Vince to plead with a lover to stick around, continuing where “Hold Me” (from the Melody King LP) left off. The curtain draws with “Lekwa”, another dance track which would fit into the playlist for a wedding reception.

Deviating from his usually didactic and socially conscious lyrics, Dr. Alams clearly wants his listeners to dance to this record, which is fitting, given the sort of year that 2020 was. With infectious hooks and a tune that blends highlife with mainstream Afropop, he shuffles and swings his way into the new year with a sound that is deliberate about its intent to preserve the good cheer occasioned by the holidays. These songs will resonate with those who find themselves at pubs in Awka, marriage ceremonies in Owerri and house parties in Enugu. There is mirth, and there is verve; DJs across Eastern Nigeria should be grateful.

From an artistic viewpoint, Dr. Alams now appears comfortable and assured with his music, less reliant on autotune and more eager to try out different sonic combinations. He has clearly come a long way from (heavily) sampling Patoranking’s “Alubarika” on “Ala Africa” (off his debut album Live Forever). The streaming numbers being amassed by this new EP suggest that three is indeed a charm, and what Odogwu tells us is that he has evolved from merely being “that doctor who likes singing” to a legitimate musician who can hold his own in the entertainment scene. He has what it takes to go toe-to-toe with the industry’s finest, he should keep creating.

Odogwu is currently available on all music streaming platforms.