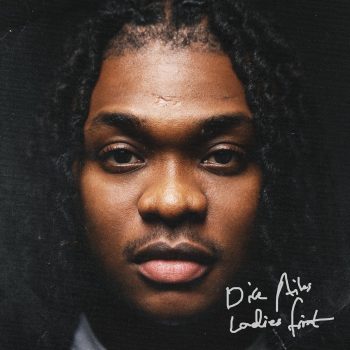 From the female-centric titles to the versatile delivery, and genre-bending beat selection, it is glaring that Dice Ailes came fully prepared for the journey ahead…

The first three decades of a man’s life are filled the most with experiences ranging from the good, the bad, and the worst. One of the striking features for most people remains their love affair.

Dice Ailes, the Canadian-Nigerian singer and rapper profusely explored his on his long-awaited project.

The extended play, Ladies First, is a gorgeous tribute to women, a personal revealer of past mistakes, nice times, and what have you with ladies.

Born Shasha Damilola Alesh, Dice Ailes has been in the game for more than a decade. He was brought to prominence on his signing to Chocolate City Music in 2014. He set to work immediately with songs like “Telephone,” and “Machinery;” however his Lil Kesh-assisted tune, “Miracle,” was his breakthrough song.

By the time he dropped “Otedola,” and “Ella” the year that followed, Dice was already penciled as one of the stars to watch out for. He was revered, but his full star never materialised.

After the beautiful runs of 2016 and 2017, Ailes had switched from being hot to cold. His music releases have been sparse, and a lot of time, they were disconnected from the fans. He almost came back during the 2020 pandemic with the Olamide-assisted “Pim Pim.”

Now signed to Sony Music West Africa, Dice Ailes has been on a career revival. His music releases remained infrequent, while he worked on his debut album.

The former CC frontman makes a return with a project which chronicles his experiences with women. Beyond reveling in the type of love that makes you ache for more, Ailes never forgot the girls that did him bad, nor those that were good to him.

Splashed on a black background, Dice Ailes’s headshot stares at you on the project’s art cover. The innocence as well as honesty is glaring; he’s ready to bare it all, the expression seems to say. On the left side of the art is the title written in cursives.

In 18 minutes, six tracks, and with only two collaborators, Dice Ailes takes the listener through a women-inspired journey.

The EP begins with some seconds of an ominous piano progression which got swallowed by bass and drums as Dice Ailes’s sultry vocals come up on “Leftside.” Lyrically, it explores Dancehall, while sex talks flow effortlessly. Ailes unpacks the good times in bed he has had. His delivery oozes with confidence, and neither could the switch in the instrumental dampen it.

“Rosalia” sifts through one of the best  guitar strings on this project. From the first licks, the Spanish element could be noted. On this track, Ailes basks in being in love with Rosalia; he longs for her touch. It shows his vulnerability to love and touch. Grammy-winning Spanish rapper, Kaydy Cain, ends the track with his free-flowing, cadence-filled rap. “Rosalia” ends with an apologetic and humorous voice note from the girl in question.

“Monica” is a sweet, pointed, punchy blast of pop energy that dwells in love talk and its intricacies, capturing Ailes’s versatility. The song switches things up at the midpoint as Dancehall gives way for R&B. The Spanish elements in the preceding track still echo on this track.

Ailes reappropriated Fela’s “Zombie” on the track of the same name. While the late legend’s classic tethers on satire, on Ailes’s part, he centers his song on love, and bemoans the attitude of his better half. Not necessarily angry with the woman, it’s glaring that he enjoys what the girl is doing to him. A boisterous saxophone and a sunny trumpet end the track. It is apparently a nod to Afrobeat.

Can love forever be blissful? No, we have all experienced hurt from love. The pain is ingrained in our memories. While the experience hurts, Ailes wishes the girl the best on “Pray As You Go.” The track meanders between longing for a comeback, and a blissful goodbye.

The much anticipated Tiwa Savage-assisted “Hold Me” currently sits on close to 400,000 streams on Spotify four months after its release. It was supposed to be the much-touted comeback, yet, the stream tanks. However, this doesn’t take anything from both artistes’ delivery. “Hold Me” is imbued with a Dancehall vibe. Ailes penned one of his most thought-out lyrics on this song while Tiwa Savage meets him at the center with her superb vocals inflections which are mired in sex talks. 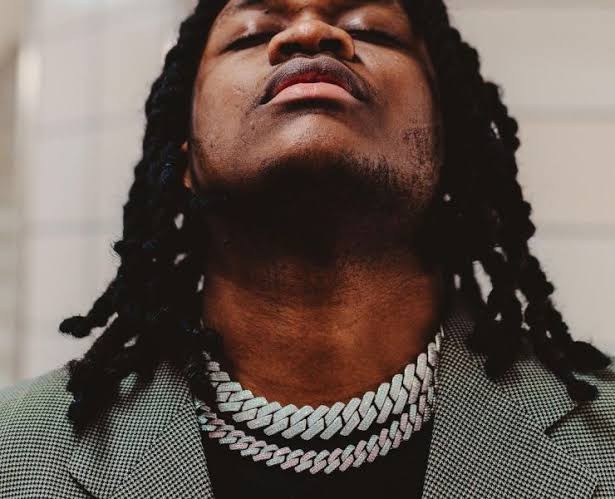 On Ladies First, Ailes laid down his cards, sometimes basking in the euphoria of love, while at the same time cautious of girls’ antics. It’s a belated and constricted project that might have had a ground-shaking impact had it been released in 2017 or 2018. Right now, the world seems to have moved on from Dice Ailes. New school artists like Rema have jacked up the style, refreshing it with unique elements to birth their sound and eke out their own identities.

However, this is one of the best concept projects released so far this year. From the female-centric titles to the versatile delivery, and genre-bending beat selection, it is glaring that Dice Ailes came fully prepared for the journey ahead. As the world awaits his long-elusive debut album, Ladies First serves as the perfect appetiser.

Emmanuel Daraloye is a music critic with over 400 album reviews in his archive. His bylines have appeared in The Cable Newspaper, The Lagos Review, Vanguard Newspaper, Legit News, Rank Magazine, Independent Newspaper, Modern Ghana Web, Nigerian Tribune, and many more.