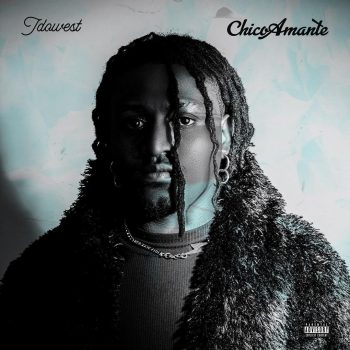 Beyond the cranky vocals and the occasional cheesy lyrics, Chico Amante is a superb experiment from Idowest…

Adekunle Idowu, an Afrobeat Artist, known by the stage name, Idowest, rose to fame after the release of “Shepeteri,” a poster song of the Shaku Shaku movement, in 2018. The success of this afrobeat track led to his signing to Davido Music Worldwide (DMW) a few months later.

The former member of M.A.F.I.A music group that had rapper, Cblavk, and singer, Abramsoul, as members has become a prominent feature in the afrobeat music industry via his occasional songs and project releases.

The latest, Chico Amante, was released on September 2nd, 2022, after over six months of anticipation. The title which means “Lover Boy” in Spanish sees Idowest reaching into his soul to draft ear-pleasing, romantic songs.

Idowest has never been the type of artiste who is overly emotional. He’s mostly accosted as a macho man who talks tough. On “Theresa,” which is fronted as the second promotional single off this album, Idowest lets his guard down, becoming vulnerable when he talks about how Theresa makes him feel. He spiced his expression with Yoruba idioms which celebrates beauty. His voice is not in the best shape on this song. It’s coarse and cringes the ear, and no matter from which medium the song plays, these lapses are noticeable. The production of “Theresa” tethers to a percussion-based instrumental with the twangy strings being prominent. On the first verse, Idowest showers encomiums on her, promising to change his way, and compromise for her: “I go leave the matter for Mattias, I go leave Gbana for Dagbana.” What’s love without compromising? The last part of the song sees Idowest’s name-dropping the name of girls who desire him.

Pop meets street rap on the Peruzzi-assisted “Vibez.” It’s built on bubbly lyrics, and a boisterous production. Peruzzi’s inciting hook is complemented by Idowest’s frothy verses. The song is alluring and cautious in the same breath. Although they both call on the girls to have a good time, they still serve them cautionary words. “Be careful,” they seem to say. “At the end of the day, you go farabale,” Nigerian artist Peruzzi declares.

Idowest has always flown on up-tempo tracks. He has his way of controlling such instruments to craft songs that would stand the test of time. “Mafia Riddim” embraces Amapiano, with Idowest exploring pop culture, and street lingo while name-dropping popular figures. When he said “Jeka lo je aiye Fela Kuti,” he pays homage to the New Africa Shrine, or perhaps smoking. “Mafia Riddim” is an homage to street culture.

If you are enjoying this review, Click here to check out other music reviews on Afrocritik

Although “Sapa,” and “Osapa” rhyme, one is quite the opposite of the other. While “Sapa” describes an extreme state of lack of  money, Osapa (London) is a popular area on Lagos Island. On “Osapa,” a croaky Idowest seems to be in a celebratory mode as he bemoans his days of lack of money. He is full of gratitude for God’s blessing. He’s vain and braggadocious on this song. He does not taunt.

“Wena” is an animated tune. It sounds like a freestyle hinged on a myriad of topics, from romance to dance and party. He had his hands full on this particular song, and it’s difficult for him to fully articulate his points. He swirls from praising the girl to asking her if she is interested in lovemaking. “Shey oma je banana,” he says. In the next line, he compares her beauty to Rihanna’s. This song is chaotic, and this EP would have been all the better without it.

“Kila” embraces party and love. The self-proclaimed Razaki, better known as L.A.X, sings the hook as idowest talks about a woman’s beauty and body features. Idowest seems to be more expressive and appreciative on this particular afrobeat track. Nigerian artist L.A.X sends the ball rolling with a long verse which reinforces how he feels about the girl. He builds up on that when he comes on the microphone. This song is mid-tempo, perhaps because of the theme.

“Pami” (Yoruba for “kill me”) revolves around love and its intricacies. On this track, he chooses cheesy lines to buttress his point. He lets his guard down, again. He is helpless and seems to be drowning in the girl’s love. Love is a feeling, they say; for him, singing about it seems to be the most ideal thing to do. And on this song, he did just that.

In June 2022, He performed the original version of “Jah” on Echoo room. The song is gyrating in nature. Listeners are bound to shake their heads when they listen to it. The remixed version made the cut on this EP. Rave of the moment, Seyi Vibez, comes through on the hook. Both artistes had experience with the popular “white garment,” Celestial Church in Nigeria. The hook is a cut from one of the church’s popular songs. Idowest and Seyi Vibez mixes theirs with pop culture, name-dropping, and free-flowing expressions to birth a relatable track. One alluring feature of this song is its replay value. I don’t think anyone would have brought the needed aura to this song than Seyi Vibez.

His work ethic is intimidating. Chico Amante is his third Afrobeat body of work in three years. This project is a departure from his Mafian Culture EP.  Idowest was in his element in most of the songs on this project. He uses alluring words to sway the girl to his side. And while it’s not known if he’s truly in love with any girl right now, it is stunning hearing him in this light. The day of masochism might be gone, or, perhaps, is on a hiatus.

Beyond the cranky vocals and the occasional cheesy lyrics, Chico Amante is a superb afrobeat experiment from Idowest. I hope we get to see more of this in the future. This EP is a brand evolution, a way of showing the fans another side of him. Kudos, Idowest.

If you love this review, Click here to check out other reviews on afrocritik