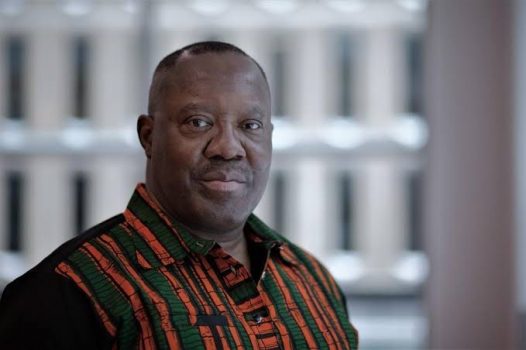 Nduka Otiono, a Nigerian-Canadian and erstwhile journalist at The Guardian, Nigeria, has been formally appointed as the next Director of Carleton University’s Institute of African studies, Canada’s foremost Institute of African Studies. The appointment which takes effect on July 1, 2022 is to span a three-year term.

The announcement made by Pauline Rankin, Dean, Faculty of Arts and Social Sciences, Carleton University, was adorned with an esteeming description of Nduka Otiono’s work and contribution to the university.

Prior to this appointment, Otiono was first appointed Assistant Professor at Carleton University, Ottawa, Canada, in 2014, emerging as the first appointee when the university newly founded the Institute of African Studies.

As an Associate Professor in the Institute of African Studies, his work spanned creative writing, cultural studies, oral performance and literature in Africa, and postcolonial studies. He has had series of publications which includes his recent publications: the co-edited volume of essays, Polyvocal Bob Dylan: Music, Performance, Literature (Palgrave Macmillan 2019) and DisPlace: The Poetry of Nduka Otiono (Wilfrid Laurier University Press, 2021).

Amongst other things, Otiono is an experienced writer and has authored quite a number of literary works such as: The Night Hides with a Knife (a collection of short stories), which won the ANA/Spectrum Prize; Voices in the Rainbow (a collection of poems), shortlisted for the ANA/Cadbury Poetry Prize; and Love in a Time of Nightmares (a collection of poems), for which he was awarded the James Patrick Folinsbee Memorial Scholarship in Creative Writing.

Responding to the responsibility, Otiono says he humbly accepts the appointment and the call to serve as the new Director of the Institute of African Studies at Carleton University. He further said that he had no idea he would be appointed director seven years later when he first joined the unit as the first full-time faculty member on tenure track in 2014 because of the fact that the previous directors were all chosen from outside of the institute.

Otiono expressed his eagerness to embrace the responsibility and indulge the cooperation of the local and international community and partners for the necessary support needed to advance the institute.