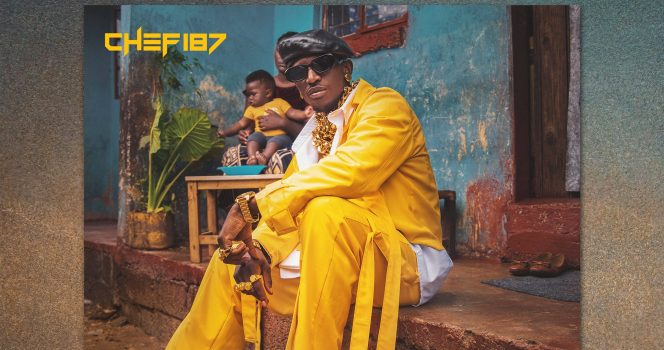 At one hour and twenty-four minutes, Broke Nolunkumbwa is too long an album. It’s glaring that Chef 187 had a lot to say, but they could have been squeezed into fewer tracks…

On the flashy, poignant art cover for Chef 187’s swarming latest body of work, Broke Nolunkumbwa, the Zambian rapper sits at the entrance of a room wearing a long yellow coat that goes with pants of the same colour. Glittering rings adorn his fingers, a black beret rests on his head alongside a black shade on his eyes with black shoes to match. Chef 187’s demeanor is cold. It gives off a gangster feel.

A woman with a male child sits close to him. Her face is blocked by Chef 187’s sitting position, and a navy blue bowl sits on her small table. There is work in progress before the camera clicks. The aesthetics of Chef 187’s location for the album cover oozes poverty, yet his dressing says the opposite. It presents an ironic scenario.

Broke Nolunkumbwa retains Chef 187’s trademark of long play times, more than three minutes or four minutes of each song, and a large volume of songs with more than enough collaborators. The one-hour-plus album features an array of music acts that, at some point, you think the project will be best presented as a collaborative album.

“Too Busy,” the album opener, sees Chef 187 riding on a Hip-Hop/Trap beat as the featured artiste, Ruth Ronnie, croons “pray for me.” The crooning is so angelic that you can miss the fiery delivery of Chef 187. The lyrics roll out, perhaps from the place of pain or some deep and somber reflection.

The beauty of “Lyonse New Year” lies in its self acclamatory note. Milz The Teacher and Chef 187’s delivery on this song are impeccable, as both list out why the people should give them their flowers.

“Nalamupampamina” takes a cue from Olamide and DJ Enimoney’s “Oya Dab.” While the YBNL crew song is psychedelic and a promotional tool for a dance, Chef 187 tethers into R&B. He tries to win over a girl with his paltry lyrics which get upended by the bouncy lyrics spotlighted by an Amapiano log drum and a skittering synth.

The singer Towela Kaira lends the project some gravitas with her suave voice on “Nomba Apa Ninshi.” The Trap production gets enlivened by the singer’s flossing vocals. This a superb compliment to Chef 187’s delectable verses.

“Nobody” is a call to action, a love action. The song is constantly punctuated by a slick guitar pick that harks back to Igbo Highlife. Chef 187 is subtly shadowed by Blake in this song. Blake’s opening one eighty seconds already secured the song before Chef 187 came through with his belated verses.

“Pettyson Daka” starts with words from Chef 187 on the reason he leaves his Internet data, stays online, and still doesn’t reply to some people’s messages. According to Chef 187, he’s busy, and being online doesn’t mean that he would reply to every message. He’s ready to go all out to protect his name: for those who owe him money, he urges them to pay up their debt.

On “Banger,” Chef 187 optimally exploits a fast-tempo production to score a hit. The sultry voice of an unnamed artiste lights up “Niwe Natemwa.” This is spiced up by Chef 187’s fluctuating and occasional muddling  verses.

Chef 187’s waggish tone and lyrics get uplifted by a crowd vocal on “Service Taibewesha Maileage.” The song is an outburst against the lack of money in Zambia. The humour continues on “Ba Yubu,” but this time around, children serve as the crowd vocals.

On the Trap-inflected “Tata Ngati Abuke,” a fiery Chef 187 comes on.  “Nganakuposele Fye Inshita” incorporated a skittering synth with an uptempo drumline. It gives off a gyrating feeling.

“Asenda” is laid on a bare instrumental with Chef 187’s verse more reflective in his articulation as he talks about love and his infatuation for a girl.

“Nameless One,” and “You Are Not That Important” are crafted from the same source: a place of self-sufficiency in which the rapper feels he can do without some people. Shots are fired at those deemed deserving.

The shimmering “Skwaleh” harks into Dancehall with the featured artiste, Immortal C’Zar, delivering a ferocious verse. Chef 187 preaches self-sufficiency on “No Sponsored By.”  “New Gelo Same Problems” alludes to money as the heart desire of people, and how it lead to more problems, while “Walilenga Napata Mukabwata” is a bouncy, Amapiano-pivoted, potential club tune.

“Namishibafye” samples Amapiano with the boisterous children’s crowd vocal beautifying the tune. The last track, “Webushiku,” is a spirited tune, the type which signifies the end of a mission. No doubt, Chef 187 is excited about the release of this album.

At one hour and twenty-four minutes, Broke Nolunkumbwa is too long an album. Chef 187’s emotions got the better of him in this body of work. It was glaring that he had a lot to say, but they could have been squeezed into fewer tracks. The songs on this album sometimes pass the four minutes mark. This elicits numerous questions in listeners’ minds: is Chef 187 in tune with global sonic practices, or does he prefer doing things his way while urging his fans to catch up? Broke Nolunkumbwa tends to point to the latter.

On Broke Nolunkumbwa, Chef 187 flits between topics such as love, self acclamation, introspection, and more. The album shows an artiste that is in tune with reality, has a desire for  growth, and yearns for personal development. When Chef 187 raps, he brings all the arsenal into the mission, skillfully riding on the hybrid productions which snap samples from New York, and Zambia, with a copious tribute to his Bemba root. Songs like “Incase Nshakenshepo Bentilli,” and “Inkama Nkaya Nasho Kunshinshi” are primarily pivoted on New York Hip-Hop samples with the rapper rapping  in the Balema language. 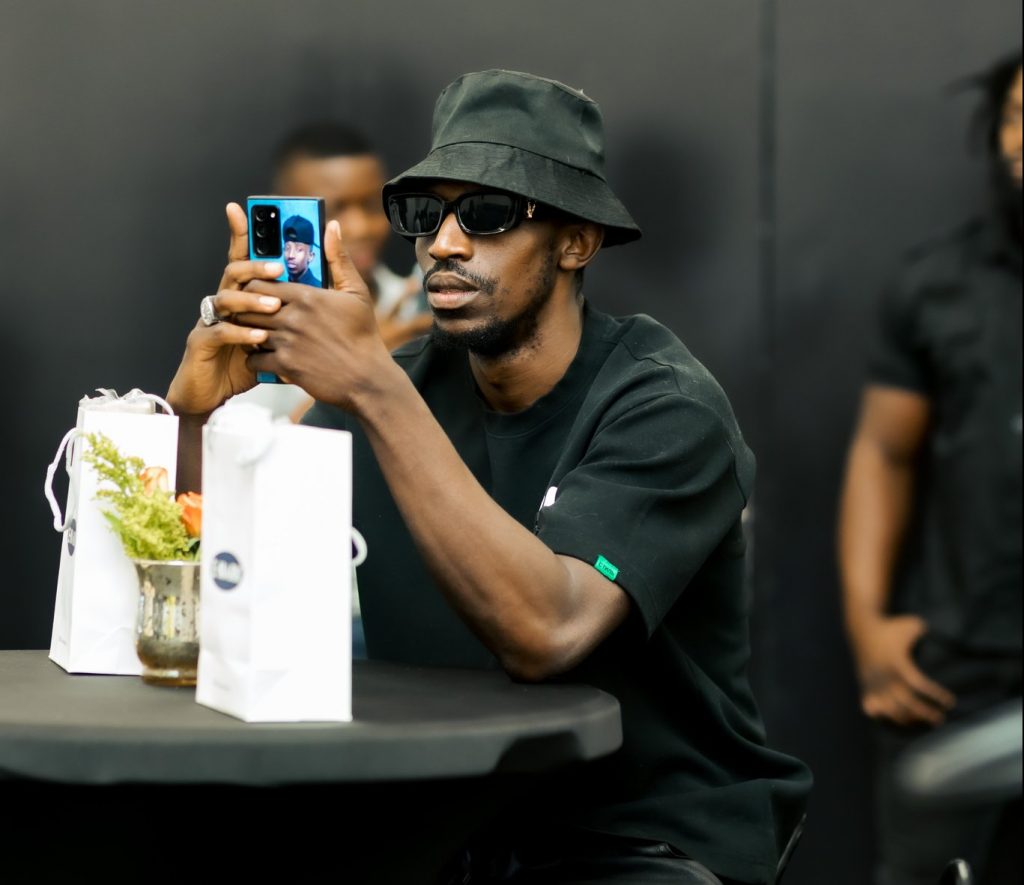 The finished product could have been better if the songs were better cut, the repeated themes reduced, the instrumental better mixed, and the samples dutifully placed. With Chef 187’s close to ten years experience in the Zambia music industry, you wonder if the errors are pardonable.