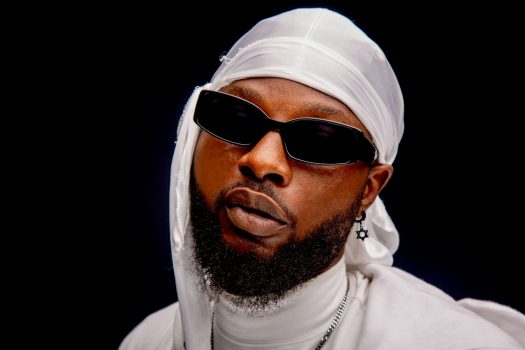 As his professional name suggests, there’s a lot of booming and bass drums in Boom General’s sound.  Since his active foray into music, the fast-rising Afro-dancehall artiste, born Chigozie Darlington, has tinkered with a number of sobriquets before sticking with the name he currently goes by, and judging from the flavour of his art, it aptly describes his music and persona. 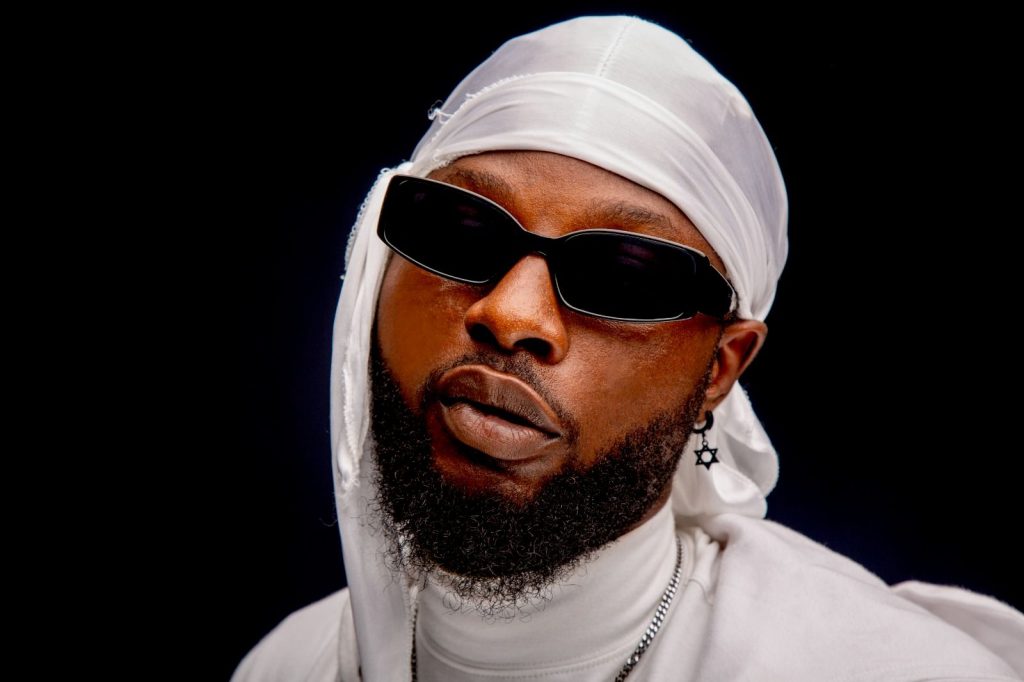 Everybody has a childhood story, and Boom General is no different. Having been directly influenced by the likes of Busta Rhymes and Twista, he quickly tried to make music of his own. The first verse he ever crooned was written by his elder brother, and the producer he currently works with is a man he has known since his secondary school days. The journey hasn’t been easy for him, but he’s here now, and he wants to bless the ears of Nigerians.

Boom General’s sound is an exotic mix of Dancehall and R&B, so listening to him feels like embarking on a journey to the Caribbean from the comfort of your couch. His debut EP, The Mushroom Cloud, was released in November 2020, but it only materialised after several epiphanies, as well as encouragement from his manager.

Seeing how the project resonated with the audience, he launched “Inside The Mushroom Cloud Live”, an indoor event where he treats attendees to live renditions of the songs on the record. The event has gained some traction  – at least on the Lagos music scene – and in an era where artistes struggle to generate income as a result of restrictions occasioned by the Coronavirus, it is a huge win for Boom General.

A few days ago, he shared a detailed story of his personal life and music career with Afrocritik.

Can you kindly introduce us to Boom General?

Boom General is the second son of four boys, with the government name Chigozie Darlington. I was raised by a single mother. I like to think that I started music at a very early age, but the reality is that I was not doing proper music in my childhood days, I was just making noise. I’d come back from school and see my people dropping dope bars. I’d see Busta Rhymes and Twista (on TV) and rap along to the beats of their tracks.

One day, my big brother called me and wrote my first verse for me. It was a short Christian song. I performed it in church and realized that it was better than all the stuff I had previously tried, so I started replicating it. It was in JS3 or SS1 that I met Tchaka, the man who is my producer today, and we started trying to produce. We got some of our boys from school involved and created a group.

When I finished secondary school, I tried to get into the university, but I wasn’t making any headway. Life was hard, so I went to the “street university”. I started hustling with my mom. We did a boutique thing while I was still in secondary school. When I left, she started a restaurant business. We worked together for about four years. I took a break from that and went back straight into the music. That was in 2017.

I hear a lot of bass in your music. Is that where the name “Boom General” came from?

My name used to be Darli. It was drawn from Darli Twist, then abbreviated to DLT, then re-extended back to Darli, a revision of my real name. Guys called me Darli, girls called me Darlington.

There was this day I was chilling in my friend’s sitting room when I was in Ghana; I used to listen to Shatta Wale a lot, and he had a song called “Justice”. The song had him singing about his penis, but the lyrics stuck in my head. I also felt like writing a song where I was talking about my penis, so I started freestyling, and somewhere in the freestyle, I came up with the lines “she said boom general, come round here make you give me that boomstick“, and I sounded pleased with myself.  I felt that if I dropped the freestyle, which I named “Boomstick”, people would know me as Boom General. So whenever I performed, I would announce myself with a long introduction in the lines of “it’s your boy, young heavyweight Darli, a.k.a Boom General ah me dey here so”. 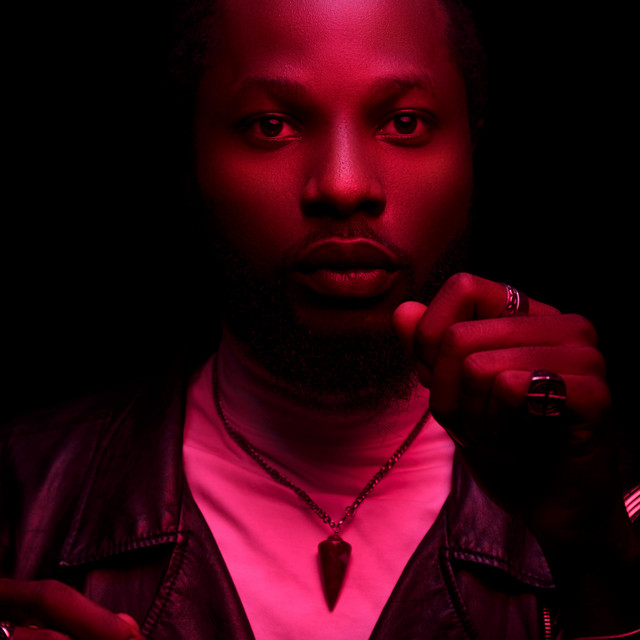 One day at a bar I used to frequent, there was a bit of a misunderstanding that turned into a fight, and I was trying to settle the fight. Suddenly, the person I was trying to save from getting beaten up started hurling insults at me, so I turned on him. Someone tried to hold me, and everybody in the bar screamed, “Boom General, you wan go fight ?” They called me Boom General and not Darli, so I started taking the name seriously.

On my birthday, three years ago, my younger brother surprised me with a cake and on it was written “Happy birthday, Boom General.” My friends came around, and one of them, Marvis, asked me, “why do you have so many names? Why not just pick one and change your Instagram handle to that name?” So, I picked Boom General. It’s not necessarily because there’s a lot of bass in my music, it’s because I have an exclusive sound.

When did you start doing music professionally?

I’d say there are different phases to the evolution of my music. There was a time when I decided that all I wanted to do was music, but I was just moving recklessly without a direction. I was just making music and trying to put it out. I was not taking advice.

However, I soon got bored and decided to make “Nigerian music”, the kind of music that would appeal to the Nigerian audience. I was more interested in what Nigeria would want, not what the world would want. Also, I wasn’t doing it for me, I was doing it for a group of people.

I eventually moved from that phase to the phase of “doing it for me”. That was when I met Tomi Thomas, and he put me on his show “The Higher Vibration”. I was on the stage performing live music, promoting the single I had released at the time. These days, I am very clear about my artistic direction, and I am very sure about what I want to do with my music now.

How would you say that your childhood has shaped or influenced your trajectory?

I would say that my childhood helped me experience life from different perspectives. If I didn’t cultivate a certain mindset when I was younger, I wouldn’t have necessarily experienced life to the fullest now. I wouldn’t have known that there were so many things I needed to unlearn while picking up new stuff. I needed to experience growth not just physically, but mentally.

Tell me about your first project, “The Mushroom Cloud”.

The Mushroom Cloud was a process. Cumulatively, I worked on that project for almost a year, but the time frame within which I actually worked on the record when I was told that I needed to have an EP out was 7 days. 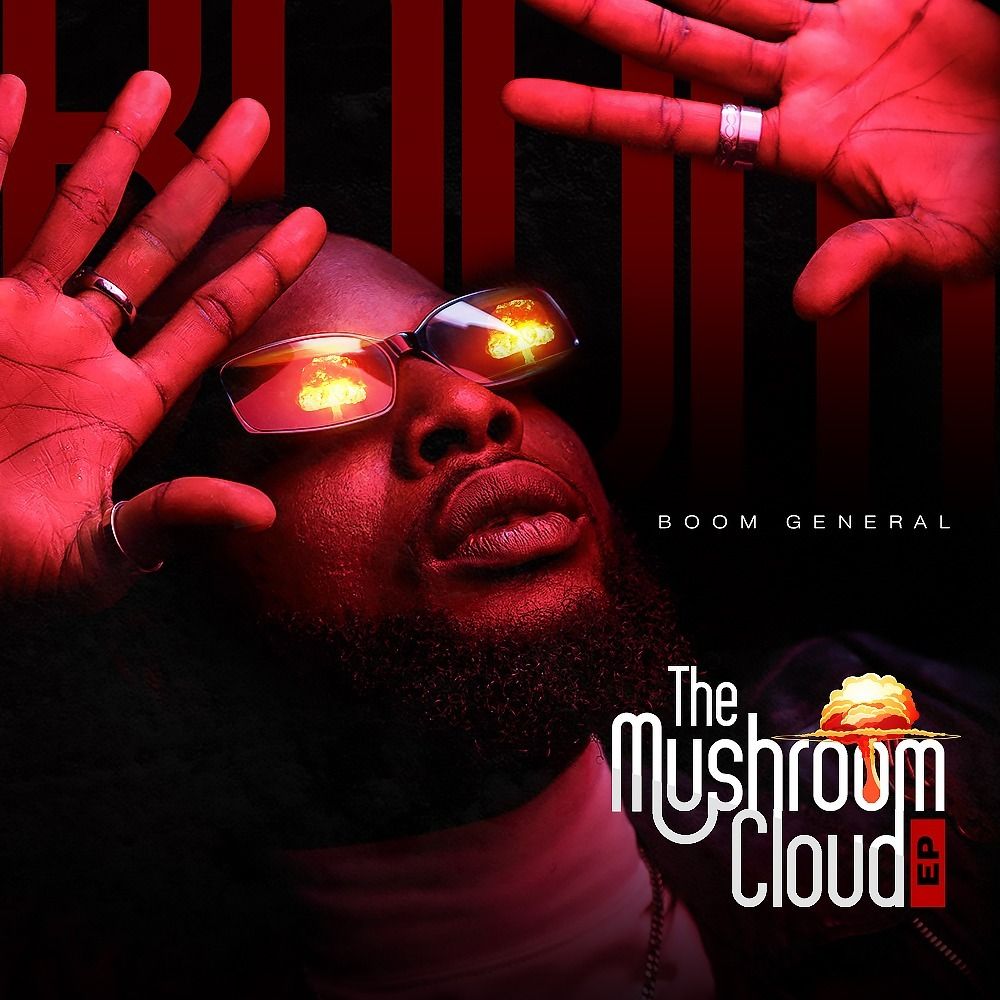 I’ll tell you a story. Before The Mushroom Cloud, I had recorded over 70 songs. Some were complete, but others were not quite finished. I wasn’t sure about what I wanted. At that time, I made a song called “You” featuring Tomi Thomas. Before then, I made “Odogwu”. It was the first song I ever put out, but it was not my kind of music. It was just me trying to play to the tastes of Nigerians.

After I composed “You”, I put it out immediately because Tomi (Thomas) said that I had to release music consistently.  I had “Slo It” from four or five years ago, but we re-recorded it. I had “Miyana” way before I was mandated to put the EP together. Tchaka made the beats for “Miyana”, sent a demo to me, and asked that I write lines for it. I struggled with writing the song for three months, then one day, I wrote 12 lines all at once. I asked Tchaka to come into the studio that night to record and we created magic.

Months later, I was going through what felt like depression. I didn’t feel like doing anything. This was during the lockdown. I went back to my guitar, playing and singing, unsure of the future. Then, Uncle Ace — my manager — called me up and asked that we record my EP. We went to the beach, enjoyed the ocean breeze, and he decided that on getting home, I had seven days to complete my EP.

Tchaka had two days to give me ten beats to choose from. I started writing and recording. At the end of the day, we had seven to eight songs. We selected four and added them to the already-released two. That’s how my EP was born.

Would you say that your fashion choices are a direct influence of your genre? No, the first question should be, under what genre would you classify your music?

My music is rapidly evolving. I used to be a rapper but when I switched to singing, I started doing dancehall. I’ve grown, and now I’m able to do more things, so I can’t place myself in any box. I’ll just tell you that I do music. There’s no genre, so to speak. I can do dancehall, soul, hip-hop, or drill. There’s no limit to what I can do. My brand used to be tied to dancehall, but now, there’s no specific attachment to it.

How has the reception for your music been?

I’ve gotten a lot of positive feedback. People have reached out to me from Israel, Canada, and Kenya. I’ve been at a show here (in Lagos) and someone walked up to me, telling me how they loved my music, and how they were surprised to see me in person.

Lately, growth has been my inspiration, because I want to be the world’s greatest. To do that, you have to grow every day, and you have to make sure it is actual growth, not an assumption of growth. Sometimes, we morph into something that seems great to us, but not to others, just because we enjoy how comfortable it is, but growth is not that simple. By the time you listen to my next project, you’ll see what I’m talking about. I’m certain that it will be better.

So, are there any artistes you’d like to work with in the coming years?

Bruno Mars! I have a song that I need his verse on. I’d also like to work with Mayorkun, 2Baba, and Burna Boy.

To people that already listen, I say thank you, I appreciate you. Keep streaming. Keep enjoying yourself. Keep practising to be the best at what you do.

For people who are yet to listen, I say; step into The Mushroom Cloud and let the light bless you. Boom General ah me dey here so!