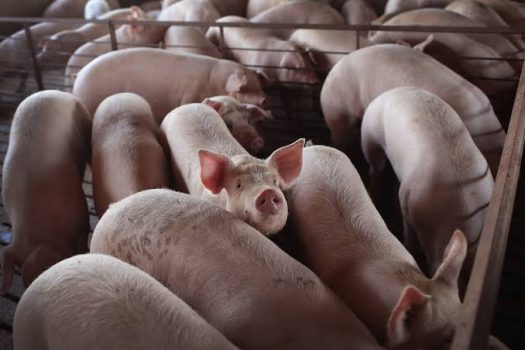 Animal Rights in Nigeria are Undervalued

While arguably many African countries have seemingly refused to recognise animal sentience and the preservation of animal rights, the efforts made towards the recognition and promotion of animal welfare by countries such as Tanzania cannot be overlooked…

It has been argued that in Africa, a disappointingly large number of countries have failed to make reference to animal rights within their legislations, whereas religious and traditional practices which pertain to animal cruelty have been protected by the law in such countries. For instance, the constitution of the Republic of South Africa, states that all citizens are entitled to freedom of religion, belief, conscience, thought and opinion; and anyone who belongs to a religious, cultural or linguistic community must not be denied their right to enjoyment of their culture, practice of their religion and employment of their language. And, in 2009, in a case to prevent the slaughtering of a bull for the annual Zulu celebration, the same legal framework guided the courts to rule in favour of persons wishing to conduct the cultural ritual.

The Humane League (2020) defines animal rights as moral principles founded upon the ideology that non-human animals are entitled to the freedom to live as they please, without being exploited by or subjected to the will of human beings.

While arguably many African countries have seemingly refused to recognise animal sentience and the preservation of animal rights, the efforts made towards the recognition and promotion of animal welfare by countries such as Tanzania cannot be overlooked. The Tanzanian Animal Welfare Act of 2008 provides for the protection of animal rights in the country. Additionally, programmes such as The Tanzania Animal Welfare Program and the Tanzania Animals Protection Organisation (TAPO) aim to protect the welfare of all non-human animals, raise awareness of and prohibit cruelty against all animals whilst providing care for animals in need.

In Nigeria, there also appears to exist in our legislation, numerous provisions for the protection of animal rights in our legislation. In an article by Mohammed Musa Kaugama, the author highlights several examples of such provisions, from the Endangered Species (Control of International Trade and Traffic) Act; the Animal Diseases (Control) Act; the Sea Fisheries Act; to the Criminal Code Act itself. Nevertheless, he goes on to argue that if one were to carefully peruse each section of these laws, one would find not rules made mainly for the protection of animal welfare and the criminalisation of animal cruelty, but instead a most opportunistic means of providing revenue for the government and protecting the interests of animal owners and not that of animals.

Perhaps it is for this reason that factory farming and the poor treatment of livestock before slaughter remains prevalent in the country. Arguably, such issues are not appropriately highlighted, addressed and criminalised by the law in such a manner that the penalty serves as an effective deterrent for perpetrators of animal cruelty.

It must be stated that the 1999 Constitution of the Federal Republic of Nigeria, similar to that of the Republic of South Africa, provides for the right of citizens to freedom of thought, conscience and religion, thus sanctioning the cultural rituals of various tribes in Nigeria, which involve the sacrifice of animals to traditional deities and ancestors for different purposes. The Igbos, for instance, make sacrifices for atonement or purification; to ward off malevolent spirits; for thanksgiving; and for funerals, often killing animals such as goats and cows during these rituals. Also, Christian celebrations like Christmas and Easter involve the slaughtering of animals for human consumption, and it cannot be overlooked that a majority of Nigeria’s population will not describe themselves as vegetarian — although, the consumption of meat, in itself, is not an illegal practice, the manner in which livestock are treated before slaughter is an issue which must be addressed. Furthermore, in Nollywood, where scenes of animal killings are shown, whether or not such acts are factual, disclaimers in the end credits stating that no animals were harmed in the creation of such films are perpetually absent. This evidences a blatant disregard for the growing public outcry concerning the poor treatment of animals in the country.

There exists cultures where certain animals are considered sacred or untouchable, and the penalties for harming or killing such animals are considerably high. For example, the custom of the Nembe people of the Ijaw tribe, prohibits the killing of snakes, compelling violators of this unwritten law to spend considerable sums on the burial rites of the sacred animal. These customs notwithstanding, the protection of the rights and welfare of animals in Nigeria remains unfortunately limited.

Asides from the less-than-ideal treatment of livestocks under religious and cultural practices, as well as the deplorable methods employed in factory farming in Nigeria, there exist instances where animals kept in homes for the purpose of companionship and security have been neglected and abused by their owners. Whilst dogs and cats are perhaps two animals that most enjoy pet status in Nigeria, affording them the ability to live in houses where they are cared for and their welfare considered a matter of importance, dog owners have, nevertheless, been seen to crop ears and tails of their pets, participate in unethical dog breeding, offer these animals alcoholic beverages and marijuana which are toxic to their systems, and even violently beat them when they have been “bad.” Kaugama in his 2018 article: Animal Rights Protection: Global Trends and the Nigerian Perspective highlights the predominant focus on the protection of domestic animals by animal rights campaigns, as it is this category of animals that are most in need of protection due to their proximity to human beings, which puts them at risk of abuse by humans. His disapproval of the Endangered Species Act which seems to make provisions mainly for the protection of wild animals that are relatively safe for human cruelty is quite clear. It appears that the author would prefer alterations to existing laws, perhaps even the enactment of new legislation that concerns mainly the welfare of domestic animals in Nigeria.

Furthermore, the financial status of animal owners has been linked to animal welfare. A 2019 article claims that poverty, education and scarcity of resources are some of the factors that determine the manner in which animals are treated in Nigeria. It can then be said that an underprivileged owner cannot be expected to care for an animal and an uneducated owner may be unsurprisingly ignorant of the concept of animal sentience as well as animal rights and welfare. In Nigeria where 47.3% of the population live below the average financial lines, and the percentage of literacy is in continuous fluctuation, it is no surprise that the rights and welfare of animals are constantly violated.

Nigeria is, regrettably, a place wherein the rights of human beings are often encroached on, despite provisions in her constitution and other Human Rights legislations. Thus, it is no stunning revelation that the rights of animals are even less preserved.

Suggestions towards tackling the issue of animal rights and welfare in Nigeria include a review and alteration of inadequate existing laws pertaining to the protection of animal rights; more campaigns, programmes and organisations aimed at public awareness and education on animal sentience and welfare; restoration of present veterinary hospitals, erection of new ones and employment of qualified personnel; prohibition of cruel practices involved in factory farming; sanctioning of gaming activities, etc.