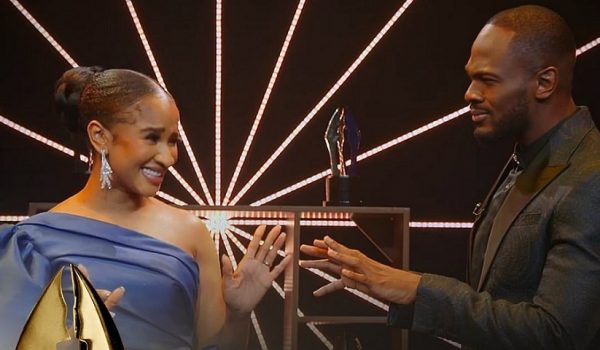 Since it launched in 2013, the Africa Magic Viewers’ Choice Awards (AMVCA) has gained a reputation as the most recognised awards ceremony in Africa. It is presented by Multichoice, operators of DStv and GOtv, and awards achievement in film and television. After being unable to hold in 2021 due to the COVID-19 pandemic, the award returns this year for its eighth instalment, with a longer eligibility period and an eight-day series of events. The eighth edition is set to begin with an opening ceremony on the 7th of May, 2022, and come to a close with the awards night on the 14th of May, 2022. The events will feature a runway show, a pan-African food festival and cultural day, and a gala for the potential awardees, amongst other activities.

On Saturday, the 19th of March, 2022, Nollywood actors Adesua Etomi-Wellington and Daniel Etim-Effiong hosted the AMVCA 8 Nominees Announcement, unveiling the potential awardees in thirty-three categories.  By the end of the announcements, viewers had been given enough to be excited about, with movies like Omo Ghetto: The Saga,  La Femme Anjola, and For Maria Ebun Pataki, as well as television series like The Smart Money Woman, receiving nominations for coveted awards. But viewers also got enough to be shocked about. Here are eight shockers that the AMVCA 8 Nominees Announcements left some viewers reeling about.

Eyimofe Gets No Nominations

Eyimofe: This is My Desire is undoubtedly one of the best films from Nigeria and even Africa in the last two years. A feature film directorial debut for twin brothers Chuko Esiri and Arie Esiri who also wrote and produced the film, Eyimofe received glowing reviews from most, if not all, of the critics who reviewed it, home and abroad. It excelled tremendously on the film festival circuit and was Nigeria’s major representative at the 17th Africa Movie Academy Awards (AMAA) where its cast and crew won five out of seven nominations. It was theatrically released in Nigeria in April, 2021, but it did not have a long lifespan in the theatres. As the AMVCA is a viewers’ choice award, Eyimofe’s inability to make a splash at Nigerian theatres might have put it at a disadvantage. But since the nominees are selected by a jury rather than by viewers, and viewers only vote on seven categories, Eyimofe might have stood a chance. However, the Esiri Brothers have confirmed that Eyimofe was not submitted to the AMVCA as they were not aware that it was eligible for submission. On this ground, the AMVCA jury may be forgiven.

La Femme Anjola Gets Nominated Multiple Times, But Its Lead Actors Never Do

The AMVCA jury loved many things about the Mildred Okwo film noir, La Femme Anjola, if the six nominations the movie earned have anything to say about the matter. For her role in this film, Kenyan actress, Mumbi Maina, is a contender for Best Supporting Actress. Abiola Popoola and Yolanda Okereke were nominated for Best Makeup and Best Costume Designer respectively. Tunde Babalola could take home the award for Best Writer; Okwo could win Best Director (Movie), and both Okwo and Rita Dominic could receive the award for Best Overall Movie on behalf of the film. But Dominic, herself, a former AMVCA Best Actress awardee for the movie ’76 and the actor who played the titular character in La Femme Anjola is not in the running for Best Actress this year. Similarly, Nonso Bassey, Dominic’s co-star, who has been lauded for his performance in the movie, did not make the nominations list. Recall that Dominic and Bassey were both nominated for Best Actor and Best Actress respectively at the AMAAs 2021 for their roles in this movie.

Good as it is, Swallow is not Kunle Afolayan’s best work, so its absence from the nominations this year is not very shocking. But it is absolutely shocking to not see Ijeoma Grace Agu’s name show up as a contender for Best Supporting Actress. Agu easily stole the show in the Afolayan movie, rendering what critics have called one of the best Nollywood acting performances of 2021. Perhaps, Swallow, too, was not submitted to the AMVCA, because there can be no other explanation for ignoring the excellent performance of this excellent actor.

After King of Boys lost all eleven nominations in the last AMVCAs, viewers were expectedly disappointed, if not outraged. It would seem that director Kemi Adetiba is uninterested in a sequel, considering that the conspicuous absence of the KOB sequel, King of Boys: The Return of the King, from the nominations list this year is because Adetiba reportedly did not submit to the AMVCAs this time around. And, really, who can blame her?

The AMVCA does not have a category for musicals. But that’s alright, because Tunde Kelani’s fictional portrayal of Ayinla, the Yoruba Apala music legend, fits into many of the existing categories, including Best Indigenous Language Movie or TV Series and Best Actor. But Ayinla did not make it to the list any more than its excellent leading actor, Lateef Adedimeji, whose performance has also been described by critics as one of the best Nigerian performances of 2021. The movie did not qualify for Best Cinematographer, either, despite winning that award at the 2021 AMAAs. Again, Ayinla might not have been submitted for the AMVCA.

Kelechi Udegbe Does Not Impress the AMVCA Jury

Although Bolanle Austen-Peters’ Collision Course is yet to premiere in Nigerian cinemas, it has screened at film festivals, including the Africa International Film Festival where Kelechi Udegbe won Best Actor for his performance in the film. Udegbe also took home the award for Best Actor in a Supporting Role at the AMAAs, beating actors from all over the continent. But, clearly, the AMVCA jury was not impressed enough to nominate the actor in the Best Supporting Actor category, despite the movie earning nominations in six categories — Best Director, Best Soundtrack, Best Cinematographer, Best Picture Editor, Best Movie (West Africa), and Best Overall Movie.

Somalia Gets Missing in Action

One of Africa’s strongest products of 2021, as far as film is concerned, is the Somali film, The Gravedigger’s Wife. Like Eyimofe, the Somali film made waves on the film festival circuit and at the AMAAs. A feature debut from Khadar Ayderus Ahmed, the film also made history as Somalia’s first submission for the Best International Feature Film category at the Academy Awards (the Oscars).

According to Busola Tejumola, the Executive Head of Content & West Africa Channels, MultiChoice Group, a good number of quality entries from across the continent were received for this edition of the AMVCA. Yet, The Gravedigger’s Wife, is not a contender for any AMVCA, not even in the category for the Best Movie from East Africa. At this point, it would not be surprising if it turns out that the Somali film was also not submitted for consideration.

Amina, and Nneka the Pretty Serpent Get One Too Many Nominations

Of all the movie and television series nominated for AMVCAs this season, the Izu Ojukwu-directed historical epic, Amina, swooped up the most nominations, with spots in thirteen categories. Tosin Igho’s Nneka the Pretty Serpent was nominated in seven categories. Surely, both movies earned many of their nominations. However, both of them were hardly well received, even by viewers. It is shocking and scary at the same time that the disappointing Amina or the poorly-executed Nneka the Pretty Serpent could actually go down in AMVCA history as the Best Movie (West Africa) and/or the Best Overall Movie in a period that produced films like Eyimofe.

Perhaps, we should blame the makers of those excellent films for not submitting their works to the AMVCA this season, thereby leaving space for less deserving films to take the spotlight. Or maybe we should blame the AMVCA, because if Africa’s bests do not feel the desire or the need to submit to the “most recognised” award show in Africa, then there is something broken about that award show. And whatever it is, Multichoice definitely needs to fix it.