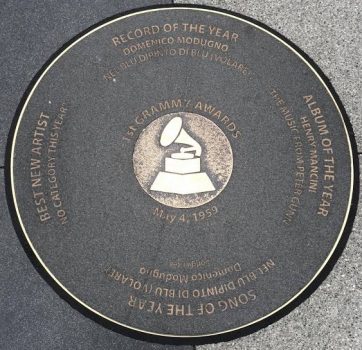 Should African Artistes Begin To Look Beyond the Grammys?

After Burna Boy’s win of the same category, in 2021, it was a historic moment for Nigeria, Africa’s entertainment capital, illuminating a beacon of hope for the country’s artistes to be future winners of the category…

Last weekend, many African music lovers across the world were infuriated when their favourite Nigerian artistes, Wizkid, Burna Boy, Tems, Femi Kuti and Made Kuti didn’t win any award in any of their nominated categories at the 64th annual Grammys. Beninese veteran, Angelique Kidjo topped Wizkid’s Made in Lagos, as well as Femi and Made Kuti’s Legacy+ albums to win the Best Global Music Album award.

After Burna Boy’s win of the same category, in 2021, it was a historic moment for Nigeria, Africa’s entertainment capital, illuminating a beacon of hope for the country’s artistes to be future winners of the category.

However, with Wizkid’s snub at the award, there was an intense ruckus on social media, especially, as to why the most celebrated music album of 2021 failed to win in its nominated category.

Wizkid missing out on both Grammy categories, he didnt make Made In Lagos to target Grammys, the album got global attention organically. He can do it again, African music will be back next year at the #Grammys

Sometimes life doesn’t give what we want, not because we don’t deserve it, but because we deserve more life .#Hero 🇳🇬💪🏿 #YoungLegend 🦅 pic.twitter.com/m5NTB10Enu

The reasons behind the prolonged ruckus were silent but salient indicators of a risky and depressive over-attachment to Western validation, as well as the glaring drought of sustainability measures for the growth of the African music industry.

In 2005, the Best African Act category was introduced at the MTV Europe Music Awards. In 2011, the Best International Act (Africa) was created at the Black Entertainment Television (BET) awards. Both categories have seen a myriad of artistes from Wizkid, to Ice Prince, to Burna Boy and Davido, among others, win the awards. While these awards, including the Grammys, have exported African music, especially the Afrobeats umbrella genre, to American and European markets, it is important to underscore the timelines to really discover the spirit underscoring these categories, as well as the sentiments bootlegging them.

The Grammys, created by the National Academy of Recording Arts, in the United States, was established in 1959. The World Music Album category (now revamped as the Best Global Music Album category) — the first opportunity for Africans to win at the Grammys — was first created in 1992. This is 33 years after the awards kicked off.

The above timelines suggest that these American and European award systems only began to think of African music as deserving of their awards when they started to see the economic potential of the awards. Within the past decade, African music has been on a dauntless progressive run, with major acts like Wizkid, Davido, 2Baba, Yemi Alade, Burna Boy, Sarkodie, among others, drawing massive audiences in these American and European climes. From the start of the COVID-19 pandemic till date, it has witnessed a meteoric boom, with emerging and established acts alike making chart histories across the world. 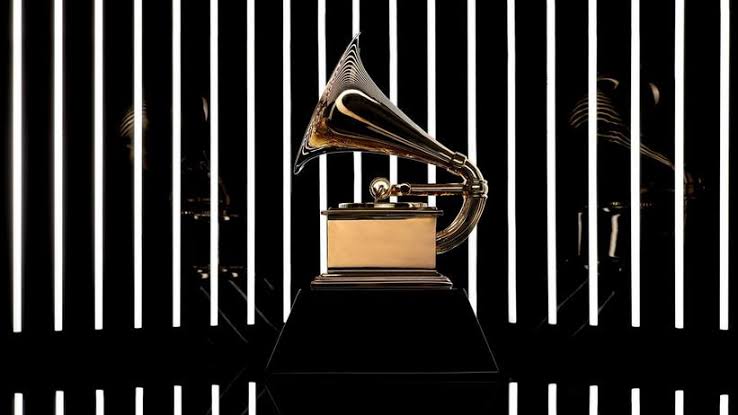 The Grammys, and everyone else, know it is profitable to spotlight African music. One would realise that the major record label companies (Sony Music, Universal Music, Empire, Warner Music, etc.) in Africa are actually American, because it is actually more profitable to invest in African acts at the moment. This is not a crime, in itself, because the positive ripple effects of their investments are already glaring in the African music ecosystem. It is still a win for Africa, but it is also an indicator to Africans to remember that they need to also be a major part of this investment and protect their local stronghold of the music ecosystem.

Another key thing to highlight is the flipside of this coin. The American and European economy is relatively more prosperous than any African economy. Therefore, artiste fees at shows, music streaming revenue, and publishing deals tend to have more monetary value for our African acts. Is it wise for them to keep taking such deals? Well, music is after all a business, so yes! The popularity of these acts signed to foreign labels would help midwife more artistes to the global limelight. The wealth they get can also be redistributed to more African investment channels. But is that enough?

It is then imperative to understand that the West is not a box that keeps on giving; it will definitely hoist its flag on the African music landscape, and if we are not careful, this flag hoisting will begin to create an identity crisis that would threaten the legitimacy of African music as an African-owned ecosystem. For instance, the Billboard Magazine, creators of the Billboard Music Awards, have already started attributing the growth of Afrobeats to the influence of Beyonce and Drake via their collaborations with African acts.

The over-attachment of African musicians to the Grammys, which is even more annoyingly pampered by African media, is actually a threat to the growth of African music. When you content-analyse the lyricism of many contemporary African discographies, you would discover one shared dream – winning a Grammy. It has become the holy grail for African musicians who believe their musical achievements will hit its zenith once they attain that gilded gramophone plaque. However, Africans fail to forget the example of Fela Kuti who never won a Grammy award, or any Western award, during his lifetime. Yet, his impact in the African music industry, from his socio-political activism, to creating the Afrobeat genre, and inspiring the Afrobeats sub-collective, has been inestimable. This further spotlights the fact that Africans are still suffering from the Stockholm syndrome of colonialism, where they keep looking on to the British and the Americans to validate their progress.

The danger of leaning to the West for affirmation (from charts to awards) is that we lose motivation as well as the opportunity to further strengthen our own indigenous music ecosystem. A plethora of African music genres are dying, with some already (or almost) buried (from Juju, to Rumba, to Makossa, to Apala, to Highlife, etc.). There is little or no continuity for these genres after their pioneers pass away. There is little or no spotlight of them, as well, in any of our local award systems, to further motivate the current generation of artistes to explore these genres. Until 2014, when the All-Africa Music Awards (AFRIMA) came on board, Africans did not have any platform to celebrate African music.

Another grave issue with this dependency on Western validation is the fact that it will shorten the sustainability of African music on a global scale. The Grammys can wake up tomorrow and cancel the African music category, for a plethora of reasons (especially political), and Africans will be left without any sense of direction or fulfilment. The same problem is evident in our charting systems. Africa has no significant music chart that can rub shoulders with any Western music chart. And without the efforts of a few music stakeholders in Africa, such as TurnTable charts, we absolutely have nothing in the works to correct this.

The most evident piece of this problem is the fact that Western music stakeholders will never fully and truly understand African musicians enough to award them or celebrate them. For instance, the Best Reggae Music Album category in the Grammys was won by SOJA, an American boy-band, snubbing all the other Jamaican nominees, from Sean Paul, to Etana, among others. Bear in mind that Reggae originated in the ‘40s from Jamaica. In 2022, Americans are winning the award over Jamaican artistes. Other non-Jamaican indigenes can and should rightly win this award, if deserving. However, there has been a long cry of bias and discrimination by the Jamaican community over Western mis-representation .

The solution to the problems bedevilling African artistes and their global appreciation lies first in their own hands. It behoves on the major industry players to synergise to create indigenous platforms, from charts, to streaming platforms, to award systems. Unity is the keyword. With more concerted efforts, our indigenous platforms would become the new holy grail of musical awards and charts for African artistes. The economic climate in Africa will always remain a threat to these initiatives. But where there is a will, there are ways. Wizkid losing out on the Grammys this year does not make him less of a brilliant music artiste. It does not mean that Angélique Kidjo, who has won the awards five times, would not be an excellent musician if she was not recognised by the West, not that Femi and Made Kuti would cease to become musical icons in Africa. It only means that it is time for Africans to celebrate themselves, and to be proud of it all the way.

Chinonso Ihekire is a multimedia creative, with expertise in writing, photography and filmmaking. His works have been featured on several pan-African publications, including Pan-African Music, Wakonte, More Branches, Afrocritik, Guardian Life, among others. He believes in the power of art to positively influence behaviour, and by extension, society. When he isn’t busy being a music nerd, he enjoys watching movies, organising events, and writing poetry. You can connect with him via social media. Instagram @chinonsotherevolutionary