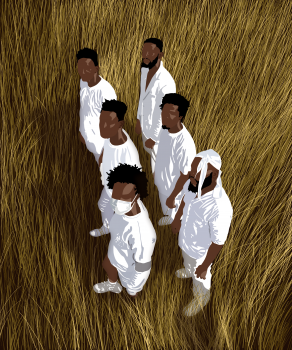 8 Songs You Should be Listening to Right Now

Is music a huge part of your life? If it is, then you already know how exhausting it is to keep up with the new songs coming out each day. At some point, we all make a conscious effort to discover new music, new songs that fit our taste, or even new singles from our favorite artistes. If you’ve been too busy to check out the best of the best songs out right now, here is a list of 8 songs you should definitely be listening to.

Ladipoe has been having a great year; the release of “Feeling” featuring Buju skyrocketed him to international fame, becoming the first Nigerian song to reach the number one spot on YouTube without an official video. His consistency and fame also saw him appearing on the BET Awards nominations list for Best International Flow, a category he lost to Little Simz.
His recent project with Fireboy – a hitmaker in his own rights – once again reveals his rap prowess, and understanding of the Nigerian rap scene. Already in Apple Music’s Top 10 Nigerian songs, this one will be in our ears for quite some time.

After the viral success of AV’s “Big Thug Boys” on every major streaming platform (thanks to TikTok), Nigerians were quick to suggest that he would become a one-hit wonder. But AV’s new song, “Confession” is an indirect response to that claim; on an Afro-pop instrumental laced with springy guitar tunes, AV reminds us of his brilliance, and his ability to create catchy tunes. You should definitely check this one out.

I bet this one slipped right through your hands; M.I. Abaga’s protégé, Loose Kaynon, recently released a 27-minute EP titled “Survivor’s Romance,” a project that sees the recently-married rapper discussing love, brotherhood, growth, and his relevance in the Nigerian rap industry. The project features guest appearances from M.I., iLLBliss, A-Q, Laz, and Big Daddy Jayy. If you’ve been waiting on hardcore Nigerian rap for a while, then this is a perfect add to your playlist.

Let’s take a moment to forget the TikTok trend that accompanied the release of this single, and appreciate the beauty that is this song. Despite the song’s brevity, Joeboy discusses his problems, but wishes not to remember them, concluding that he would rather drink alcohol than attend to these problems. Only second to AG Baby’s “High” on Apple Music Chart, “Alcohol” is here to stay for a long time.

Is it possible to have Ruger on a song and not bop your head to it? Teaming up with Jamaica’s Projexx, Ruger’s silky voice makes this remix an instant jam. After appearing on Wizkid’s “Made in Lagos” album, this could be Projexx’s second attempt to break into the Nigerian music industry.

There is a huge chance you have never heard of this Ghanaian creative collective. Boasting of 6 members cutting across producers, filmmakers, and DJs, SuperJazzClub makes experimental music in a scene dominated by Afro-pop and dance music. “Cameras” is a break from what you are used to hearing from Ghana, and also a brilliant infusion of rap and alternative music. Not necessarily a new tune, but “Cameras” is a must-add to your playlist.

“HAMMER IN A MESSAGE” —OBONGJAYAR

Based in the United Kingdom, Obongjayar is a Nigerian silently making waves in the European scene. His latest release, “Hammer in A Message” is a poetic “war music” commenting on the political state of things in Nigeria, with the Lekki Massacre as the backdrop. This is another unfamiliar sound you are definitely not going to regret.

Finally, Reekado Banks is back with his familiar sound. After almost a year of silence, Banks makes his return with a tune dedicated to the victims of the unfortunate Lekki Massacre. The song was released on the 20th of October, 2021 which marked the one-year anniversary of the deaths of a number of Nigerian youths at the Ozumba Mbadiwe Way, Victoria Island-Lekki Expressway. I know we all can’t wait for what Reekado has up his sleeves, but before then, we would make do with this.

Here is a playlist containing all the curated songs.