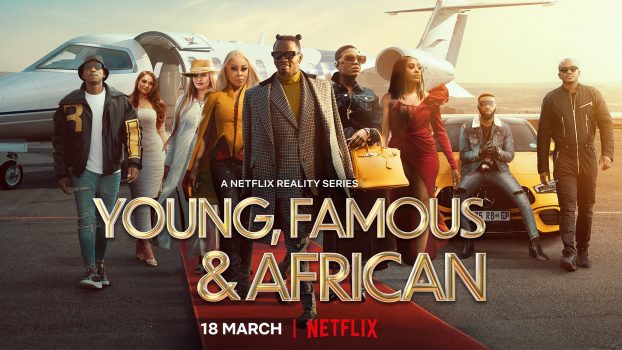 However, the makeup in the show had problems with shade finding – a relatable problem where makeup artists have a hard time finding the right shades of foundation and in most cases have to mix two different shades to create one…

Over the years, there has been a line-up of African reality TV shows, but this has taken a turn on the superseding ritual. For the first time, the show is not about an individual as in Bonang, about finding love as in Love Island South Africa, nor price-tied as in Big Brother Naija. Instead, viewers are entertained by the flaunt of culture, luxury, emotions, and lots of partying. Not to leave out the drama, because what’s an unscripted reality show without a little clap back when necessary? Bringing real-life events into the show, making it a lot more relatable and captivating, the show lets us into the lives of our favourite celebrities and clears some uncertainties and rumours by letting them tell their stories in the most vulnerable way.

Kicking off with the African Queen, Annie Macaulay-Idibia whose first outburst of emotion is at the dinner table at Khanyi’s party where her motherly instinct kicks in as Khanyi expresses her parenting method. Khanyi stated that her 15-year-old daughter was living next door to her and that they both had a good relationship and understanding. On the table, it can be seen that Annie is a clear definition of an ideal African mother, ever protective, like a hen over her chicks.

With herself and Andile on the same page in African parenting, Annie found herself opening up and laying bare her relationship with her husband, Innocent “2baba” Idibia: the series of baby mamas, the back and forth drama as well as the fact that her first child was his fifth, although they had been together for 19 years. Her openness in the show, although tapping into the viewer’s emotion, also raises mixed reactions. Fortunately, it clears a lot of rumours and assumptions. Although one thing is clear, Annie was working around with baggage and her insecurities surfacing was proof that she wasn’t healed, and Zari’s knowledge of this was the edge she used against Annie. Being involved in most of the episodes, it is OK to say Annie is the highlight of the show.

Next, Khanyi Mbau, South African TV host and actress, spotlights her personality. Knowing how to own a room, she starts off by letting us know she has been called a “gold digger” among other things. At the beginning of the show, she doesn’t look really likeable, especially with her expressions after her outburst of parenting with Annie. Beyond being objective and defensive at Annie’s thought to question her parenting method, she is still worried she might be making a mistake, so she visits her daughter to make sure she is putting up well on her own. Khanyi further gives the “nosy rosy” vibe, when she seems to be in everybody’s business besides hers. She however turned out to be the realest and opinionated, never intimidated to speak up.

For Platnumz, being absent from most of the season, it’s a good thing he lets us know a lot about him in such a short time. His relationship with his baby mama was quite a notable one, although kicking off the flirtatious “I want you” vibe with Nadia, the emotions seemed squashed the moment Zari walked into his party. Even a blind man will sense the chemistry between those two, and having been led on by Platnumz’s reach outs and musical expression of interest at Khanyi’s party, Nadia was hurt.

However, Platnumz’s co-parenting skill with Zari despite not being romantically involved was one to applaud. With a lot of this baby mama/baby daddy drama going on like a new trend, there is a reflection of the evolving phase in African parenting. On returning from his trip, joining back the show, Platnumz is met with the unexpected knowledge of a newfound connection between his friend Andile and his baby mama, Zari. His disagreeing reaction was rather unsettling, considering he was ready to move on with Nadia, and somehow, had an issue with Zari doing the same.

Jerry, a Nigerian fashion guru, did not come to play. With not always being in our faces, the sight of Jerry was always refreshing as he ensured to captivate us at any given time. With his properly tailored suits to his perfectly accessorised attire, he brought fashion to light on our screens. Doing his magic as he styled Annie for her vow renewal, and coming into the room looking all excited in that beautiful dress, put smiles on the faces of the cast members. The little Macaulay-Idibias and the dreamy couple had us “awwed” all through the scene.

Although the show entertaining and enlightening to watch, it did have its flaws, mostly the fights which were quite unnecessary in most of the scenes. The cast, especially the women, always had something to fight about, somehow dragging the men into it on the “blue train party.” We see Jerry who came off as the peacemaker most of the time, exploding into a whole episode of unjustified rant. This fight which resulted in an exchange of words between him and Naked Dj is likely the most hilarious thing the show has to offer, besides Khanyi’s badly laid hairlines.

About those hairlines, the beautician in me could not just let this slide. The makeup and hair, though not as awful as viewers rate it, did not exceed expectations. The reaction from viewers is quite justified. Funny how most viewers did not notice this fashion disaster until it trended on Twitter. Among others, the most captivating tweet was made by Nigerian fashion journalist, Vanessa Ohaha, who abruptly disassociated Nigeria from the bad styling, and also pleaded with the producers to hire Nigerian makeup and hair stylists, direct implication that Nigerians are more skilled beauticians than South Africans.

Hers was backed by another Twitter user, Innocent Acan, who referred to the wigs done as “hairline gymnastics.”

The black diaspora discourse on the wigs on Young, Famous, and African is hilarious because these guys don’t understand that for most Africans, a wig is a wig, & we’re not doing hairline gymnastics to make it look like it’s coming from the scalp. We really don’t care like that 💀

I hated to admit this until I saw Khanyi’s wig on the “Blue Train” episode. A stare at that gave me the same chills as seeing Terrance Howard as no. 18, in my Buzzfeed favourite 20 awful wigs from movies and TV. Afterwards came a tweet by a South African user  which accepted that Nigerian and American makeup artists are as good as proclaimed. While some admitted, few others opposed that fact, saying Nigerian makeup can get too much.

This sprung up a desire in me to fight. The whole idea of makeup is to enhance a person’s beauty, and most times when properly done can totally transform a person. With the application of over twenty makeup products to create a single look, and the comparison of the before and after, one can proudly proclaim the shapeshifting power of makeup. A clear instrument of this transformation is contouring — the use of makeup to define the cheekbones, create an illusionary slimmer nose, a poutier bottom lip and a more angular jawline, all this by a small contour stick. Having the power to guise, makeup transforms a person, as well as boosts the wearer’s confidence, by concealing facial insecurities, like scars, blemishes, untoned skin, and many more.

Being used as a tool in film for decades, in 1920, makeup innovator, Jack Pierce, applied the use of cotton and spirit gum to make prosthetics for the movie Frankenstein and The Mummy. 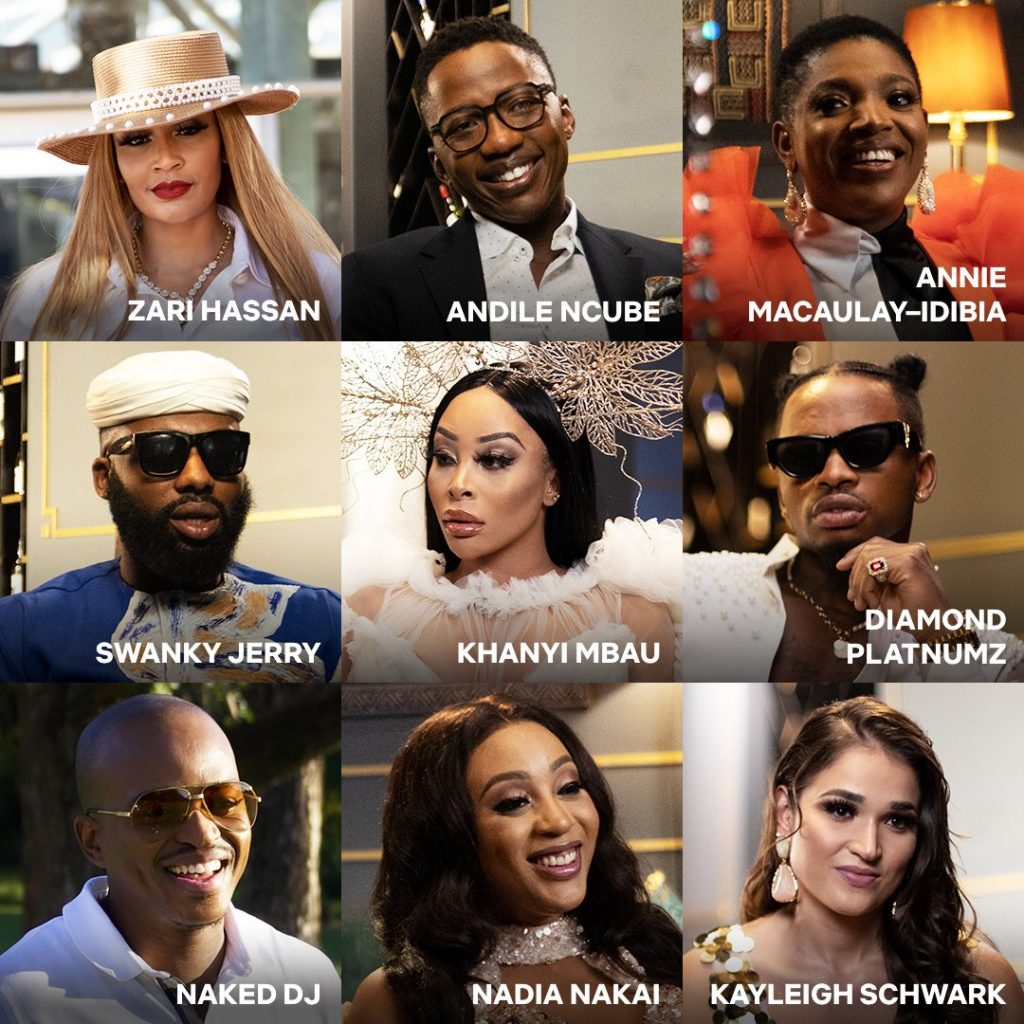 However, the makeup in the show had problems with shade finding – a relatable problem where makeup artists have a hard time finding the right shades of foundation and in most cases have to mix two different shades to create one. Although not obvious in most cases, when cast in light, there lay an obvious bridge between the skin shades and the products used on it. This has however become normalised as the production team of most western cosmetic lines fails to consider the shade variation of the African community. According to Sara Tishkoff, “When people think of skin color in Africa, most would think of darker skin, but we show that within Africa there is a huge amount of variation, ranging from skin as light as some Asians to the darkest skin on a global level and everything in between.”

Overlooking the bad publicity, now used as memes and jokes coming off the awful makeup and hair on some of the cast, viewers will definitely binge on “Young, Famous and African” as it is a good watch and deserves all the hype, with its cinematography, locations, parties looking like a scene from Paris Fashion Week, and the cast who were all came with their best.