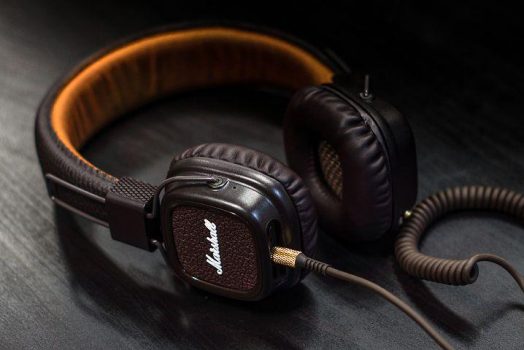 Nigerian parents loathe that individualism, disliking even more the privacy that comes with it. Really, parents the world over are suspicious of a child who is too private…

When the first headphones were developed in the late 19th century, something in Nigerian parents gave. Whatever that thing was, it was replaced with something more sinister, a Luddite bitterness. Nigerian parents just hate seeing headphones attached to the sides of your face, some trendy song alive in your ears, the rest of your body and soul dead to the world around you. Your mother has called your name twice, but your head is a busy place, a makeshift Lagos nightclub, a giddy swirl of denim mini-skirts and discordant pop music.

You can’t hear yourself and you can’t hear her. Now she’s pissed, bounding towards you with a pugilist’s fury. Only your mother doesn’t have gloves but a steel spoon in her hands, her ad hoc weapon, hastily plucked from the nearest flat surface, once used to serve melon soup and now the tool with which she will administer a moral lesson of the tough-love variety. Spare the rod, and the child, seventeen years old, spoiled and self-indulgent, will be lost to the music.

But it’s not only seventeen-year-olds who get the stick, the spoon. Seventeen or thirty-nine, a child is anyone who is broke, unemployed and living in his parent’s house. Rest assured, you won’t be getting whacked if none of those criteria describe you; if you are rich, that is. Money stops nonsense, as the ridiculous title of one Nollywood movie reads. So this piece really should be titled, “Why Nigerian Parents Hate Seeing their Broke and Unemployed Children Using Headphones.”

They hate headphones because they love you and worry those eardrum overlords would be the end of you. That’s the most common reason they give to explain their bile, and it seems to hold some truth. While I don’t have the facts at hand, I’d surmise that over a hundred or so Nigerians are lost yearly to one avoidable accident or the other because a headphone delayed their reflex response by a fatal millisecond.

One minute you are swaggering by the roadside, full of vim like a coprophiliac in a huge vat of shit, listening at full volume to “Monkey Gone to Heaven” by the Pixies. The next minute, because you have failed to heed the warning honks of an incoming trailer with faulty brake pads, you are the monkey going to Heaven.

Unlike televisions which encourage bonding and argument, headphones are anti-dialogue. They are a one-man or one-woman activity. When you have one plugged into your ears during a bus ride, it’s shorthand for signalling to your seatmate that you are closed off to conversation, that he should keep his scruffy opinions about the weather and the Buhari-led government to himself.

It’s the very acme of individualism; you are in your headspace, the übermensch who has soared above the trifles of human speech, blissfully detached from the community. You are like Scarlett Johansson playing Lucy, existing now in a plane of omniscient ken and immortality where secular bedlam cannot touch you.

Individualism doesn’t mix well with traditional Nigerian family values. Now this is me speaking in broad sweeps, but no one who grew up in a Nigerian household would deny that family members are expected to pray together, eat together, do everything together. We’ve had technological interlopers in the last few decades, like social media, which have greatly tinkered with the way family members interact with one other.

These days a father may be imparting wisdom to his son over a dinner table while said son has his attention split, the other half trained on the latest Instagram gossip. Overall, headphones are the greatest interlopers. They don’t just split your attention, they hijack it all, whether you’re using them to listen to a song or watch a movie.

Nigerian parents loathe that individualism, disliking even more the privacy that comes with it. Really, parents the world over are suspicious of a child who is too private. Perhaps it’s a strain that runs deeper in the more religious parents, eternally wary that sin flowers in lonesomeness. The patriarch in Adichie’s Purple Hibiscus leaps to mind. Parents want to know why their child often stays cubbyholed in his room.

Is he, perhaps, jerking off to some inappropriate porno material? Aren’t these the same antisocial symptoms that The Unabomber had in his youth? Is he getting indoctrinated in a secret Reddit chatroom by undercover ISIS agents? Headphones give you privacy—parents are estranged from their child’s musical tastes and the other auditory stimuli they are exposed to—and also the audacity to listen to anything you want: the unorthodox and immoral, and the unpopular and “uncool.” You are in a gathering of hippie, lean-sipping trap lovers but really just want to blast some Tope Alabi and Mercy Chinwo without having your musical choices sneered at? A headphone solves that problem.

We associate headphones with idle pleasure. Maybe that’s why it’s particularly infuriating for Nigerian parents seeing their unemployed graduate son, cross-legged, with headphones in his ears. They feel he could be applying himself more usefully, say, by hunting a job or cleaning the house. It doesn’t matter that he’s already cleaned the house, he ought to clean it some more. But maybe what really irks them, though they don’t pointedly state it, is that they feel their children have outgrown them.

They’ve grown used to being their moral fulcrum, edifying them and having them pay full attention. Now these children listen to voices ferried by electromagnetic waves, and can go hours doing so. Parents used to having their children depend on them now no longer make lively company. So yes, it’s true Nigerian parents don’t want their children getting crushed by trailers. But it’s also true that they might be jealous that these children seem to be having so much fun without them.

Michael Aromolaran is a Nigerian writer and cultural critic. He writes from Lagos, Nigeria. Catch him on Twitter and Instagram using his handle @_michaelberlin.