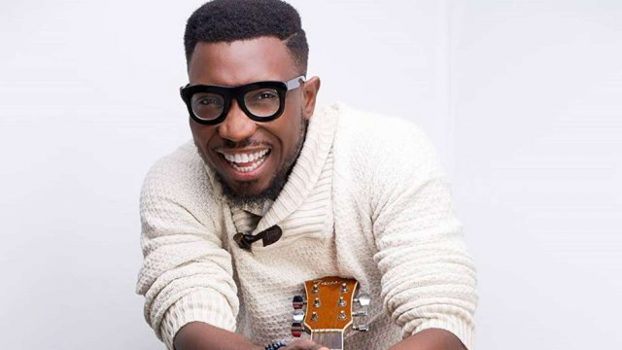 Timi Dakolo, “Everything”, And How Nigerian Gospel Songs Have Become Anthems Of Hope

Making faith-based confessions is a huge part of Nigerian Christian tradition. Christians are enjoined to emulate the stories of men and women in the bible who made boastful claims in the face of fear. The idea is that positive confessions can reconfigure the situations in the physical realm, aligning the circumstance with that which is spoken. For believers, the idea is to speak it into the air until what is imagined becomes tangible. It is perhaps this persuasion that influenced the artistic direction of Timi Dakolo’s recent single, “Everything (Amen)”, which has become a smash hit in Christian circles.

Produced by Cobhams Asuquo, “Everything” is an upbeat tune that has Dakolo making some affirmations, with backup singers echoing “Amen”. The first line of the song, “everything you put your hand go work”, is a reiteration of the Abrahamic blessing that runs along the lines of “the Lord shall bless the work of your hands”.  The song paints a picture of a typical workday in Nigeria: it’s easy to come up with a mental image of working-class people in different scenarios  – the young man selling sachets of water with beads of sweat rolling down his face, the woman selling bole, or the bus conductor hanging precariously from the door of a moving bus – singing the song. The tune is a summation of the hopes, aspirations and prayers of the average Nigerian, an assurance that better days are ahead.  When Dakolo says “you sef go be a boss”, it resonates, deeply.

In the verse that follows, Dakolo addresses people caught up in other situations: he reassures a woman in search of a child with the lines “one day you go born twins”, and to the frustrated tenant whose landlord “dey do like God”, he says “one day you go be landlord”.

Dakolo’s song could not have come at a more strategic time. At the moment, Nigerians have very little to be hopeful for. The economy is in freefall, prices of household commodities keep climbing, and banditry seems to be a government-sanctioned enterprise. For the Nigerian striving to make a living in present-day Nigeria, anything that presents a tiny ray of hope is received with open arms. It also helps that the song is danceable: a combination of positivity-laden lyrics and nuanced melody is the tonic that the average Nigerian needs.

This is not the first time that Dakolo is advocating for hope through his music. His song, “Great Nation” (released in 2011) is taken to be the unofficial Nigerian anthem, a call to strive and work for Nigeria, echoing hope and fidelity to the motherland. It is perhaps the perfect harmony of the song, or the depth of Dakolo’s voice or perhaps a wistfulness, the gentle tuggings in the heart of every Nigerian, but it is impossible to listen to “Great Nation” at the time it was released, without feeling that Nigeria was a hub of possibilities and a fertile ground for dreams.

Contributing to this trend is “Waymaker”, the song composed by Nigerian gospel singer-songwriter Sinach. Before the song became a global hit, garnering multiple awards and nominations (including the 2020 Dove Award for Song of the year), and getting covered by international gospel acts like Michael Smith and Leeland, the song served as a melodic supplication for God to open doors. The track has gone viral on a global scale. The song, an ululation of the might of God, seeks to dwarf every conceivable problem in the magnificence of God. Hence, in calling God a way-maker, the singer acknowledges that the future is bright and colourful. It is hardly a coincidence that the song became wildly popular during the Coronavirus pandemic, as it provided comfort to millions of people all over the world, united in the gripping anxiety occasioned by the pandemic.

In the same vein, the expression “what God cannot do does not exist”, coined and popularised by Pastor Jerry Eze (presiding pastor of Streams of Joy International), has become a constant refrain for the average Nigerian; a confession, a prayer and a proclamation of faith. The quip grew from Pastor Jerry’s morning prayers known as NSPPD (New Season Prophetic Prayers and Declarations).

The phrase has been criticized, with some arguing that “there are indeed things God cannot do”; there are those who assert that since God cannot lie, then that statement is null. However, such criticisms fail for being myopic and not fully absorbing the spirit of the statement. Of course, embodied within the statement is the acknowledgment that there are certain ‘negative’ things God cannot do. But the statement itself speaks about assumed impossibilities, situations that are in themselves impossible for man. Thus, Eze’s assertion is only a restatement of the biblical quote, by Jesus himself, no less, that “with God, nothing is impossible” (Luke 1: 37). In any case, Eze’s quotes have garnered such mainstream popularity, that celebrities like popular gospel singer Dunsin Oyekan wrote a song based on that title.

Ultimately, gospel songs in Nigeria operate as anthems of hope. With all the chaos around, people will definitely look for something, anything to latch on to. While it’s hoped that conditions improve, Nigerian Christians will continue listening to these songs, fuelling their respective tanks of hope as they croon and yell to lyrics that hint at a promise of better days.