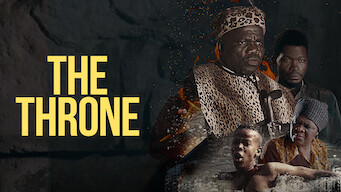 “The Throne” Review: A Banal Tale about the Hunger for Power

The problem with The Throne is that it doesn’t have much of an entertainment value. It brings nothing new or fresh to the table, and it doesn’t even bother to be the least bit gripping…

In The Throne, another South African film to make its way to Netflix (although not as a Netflix original), a Pedi chief’s throne is up for grabs, and his two sons are the only contenders. By birth right, Mothapo (David Mello), the chief’s older son, is entitled to the throne. But he left home years ago and has never returned, with no one in the village certain of his whereabouts. Lerumo (Sipho Eric Mdhlovu), the younger son, seems more interested than his big brother, so much so that he’s spent his entire life doing despicable things in order to ensure his own ascension to the throne. He’s the one who stayed home after his brother left, although he has a hand in his brother’s decision to leave.

He’s the one who takes trips aimed at bringing development and foreign investment into the community, albeit with personal interest. Either way, he wants the throne, and he’s working hard for it, too. But his ailing father (Charles Maja) will not so much as consider choosing him as the successor. You see, the chief believes that the preferred son will return to take his rightful place, even though said son now lives far away in the city where he owns a fleet of taxis and runs his own initially booming business. Lerumo does not stand a chance of becoming the paramount ruler unless he gets rid of everyone who stands in his way. So, with motivation from his wife (Innocent Sadiki), he goes full-blown evil, or something like that. 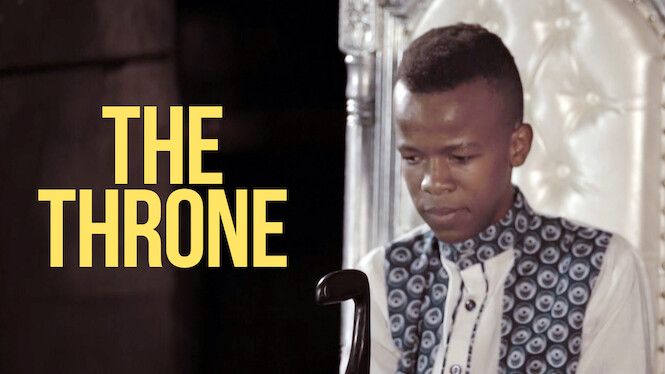 As familiar as the premise sounds, it also sounds very exciting. But don’t hold your breath. If you’re thinking The Throne is the South African Game of Thrones, you can’t be more wrong. There is no game at play here. Neither is there any real fight for the throne. There’s almost no content in this film, to be frank. Lerumo is the only person fighting for the throne, and all the people standing in his way do nothing but talk. The Percy L. Malboane-directed film never gets appropriately dramatic for its premise. It’s too slow and too dull and lacks even the tiniest bit of excitement. It’s a whole seventy-four minutes of very little happening and too much not happening; just soapy dialogue, scenes that cut too quickly, and predictable revelations.

The revelations are practically forced out, either through unnecessary and ill-timed flashbacks or through conversations that are so unnatural that it is abundantly clear that they’re in the film solely for the benefit of viewers. Worse still, they’re mostly delivered by actors who are merely reading from the already lacklustre screenplay. Mdhlovu and Sadiki, playing Lerumo and his wife, deliver the only thing close to good acting that this movie has to offer. In fact, Mdhlovu and his character do most of the heavy lifting. Mdhlovu, with the performance, and Lerumo with whatever little drama the film manages to have.

The one thing that works for The Throne is how it merges the spiritual with the physical and the traditional with the western. Even after Black Panther, it might still feel jarring to foreign audiences to see people in suits consulting witchdoctors or getting crowned kings in rural areas, or to see modern landscapes as the setting for rural African life, especially considering the way western film industries have often portrayed African traditional practices. But local and western still comfortably co-exist in many parts of Africa. And, 21st century or not, the supernatural and the physical still mingle in even the most westernised areas on the continent. However, many African films that attempt to portray these combinations (not including the local, low-budget films that are specifically tailored to the tastes of particular local audiences — and maybe this group is where The Throne actually belongs) tend to overcompensa­te, either by mystifying African spirituality, or by trying too hard to explain it to their global audiences in order to excite them.  The Throne does not make this mistake. It presents its spiritual world so unceremoniously that it couldn’t feel more normal. 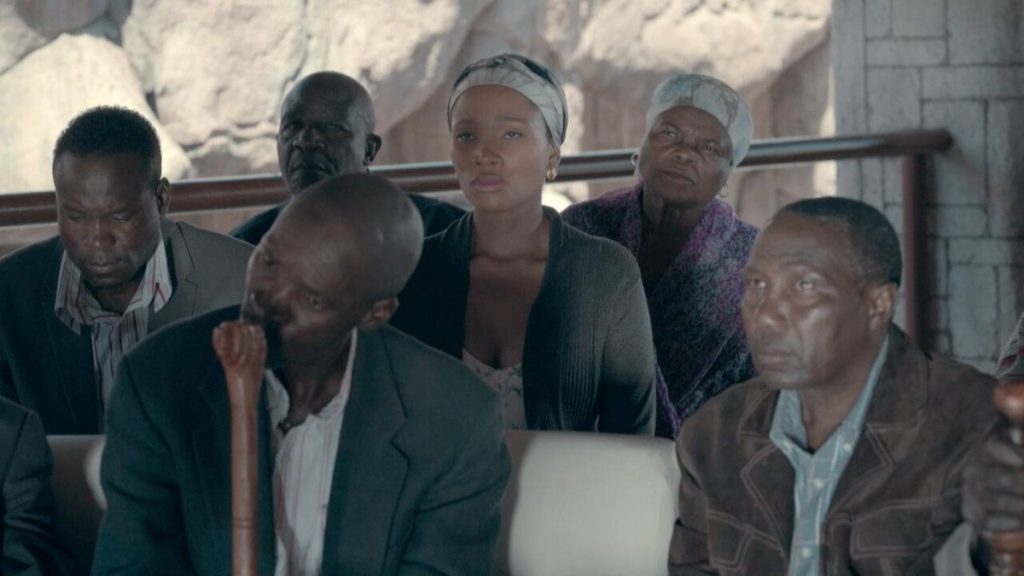 The Throne is a didactic film that’s supposed to tell an already overbeaten tale about the perils of jealousy, rivalry and the lust for power. But the problem isn’t that it’s unoriginal. There are a number of interesting films and series with the same premise. Multichoice even has a decent South African telenovela with the same title. Forget the “Africa for global audiences” class of movies and shows. There are a million similar stories that you can find in low-budget films from across Africa. No matter how ridiculous or cringe-worthy many of them are, their entertainment value is hardly ever in question. The problem with The Throne is that it doesn’t have much of an entertainment value. It brings nothing new or fresh to the table, and it doesn’t even bother to be the least bit gripping. There’s not a single character you can root for. There’s no surprise. There’s no real tension. Indeed, there’s nothing to care about. Not even the moral lesson.

(The Throne was released in theatres in 2021 and is now streaming on Netflix here).

Vivian Nneka Nwajiaku, a film critic, writer and lawyer, writes from Lagos. Connect with her on Twitter @Nneka_Viv and Instagram @­­_vivian.nneka.