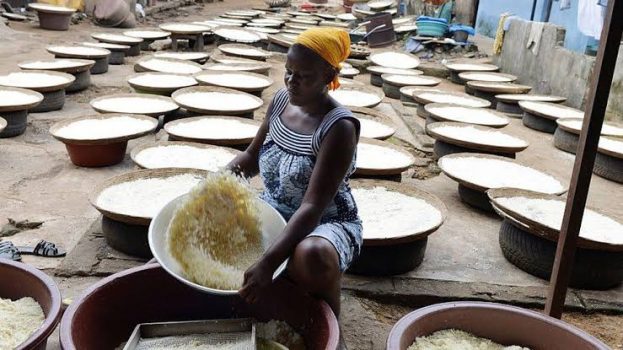 Hike in Food Prices is Causing a Shift in Consumer Preference in Africa, Research Now Says

The cost of rice and beans in Nigeria has people tilting toward pasta such as spaghetti and macaroni. There is a budding joke that a child in Nigeria presently has consumed more spaghetti than a middle-aged Italian…

I do not write as an economics expert, but present economic situations have seen global economies face higher inflation rates since 2019, and entered multiple recession stages since. Last month, Wikipedia locked edits to its page for the definition and meaning of the word, ‘recession.’ The world had not completely gotten over the effect of the global COVID-19 that raised concerns, not just for low and medium-income countries, but also for first world nations. Also, the present Ukraine-Russian crisis has caused tension for import/export businesses globally. All of these have led to a global food crisis. Africa is particularly vulnerable, owing to a lot of reasons including the effects of climate change, and increasing unemployment rate.

Lately, thanks to the social media algorithm, I find myself binging on food video content. One reel after another, and hours later, one has found several condiments that can be paired to prepare spicy noodles or a new technique for preparing egusi soup. It does make for good entertainment, partly because I don’t consider myself adventurous with food, and also because the content is far off from my reality — and, I daresay, the realities of average-earning Nigerians — with respect to the recipes available at my disposal.

A few days ago, I laughed at the tweet someone made about what online chefs define as a simple and affordable recipe contract to what Nigerians actually have in their pantries. Even though we can have a good laugh about these things on the Internet, the reality, still, is that the prices of food commodities have skyrocketed in recent times.

In Nigeria, the hikes began with the border closure back in August 2019, as the government claimed it was a means to reduce drug and ammunition smuggling, and encourage local production of agricultural products. Although the border has reopened, other factors have played out to keep prices surging. The pandemic-inflicted food hike was reported to have been caused by a recession due to the Coronavirus, and setbacks in the logistic supply chain. Reports had it that the cost of preparing a pot of Nigerian Jollof rice increased during this period with the hike in the cost of rice, tomatoes, meat such as chicken and turkey, and other condiments. I might add that the fact that there is a Jollof rice index speaks volumes of the popularity of the meal as a national dish. It is of little wonder that ‘oil rice,’ similar in preparation to Jollof, but with fewer ingredients and a cheaper alternative to Jollof, has become popular in recent times.

The warring countries, Ukraine and Russia, being exporters of items such as wheat, a sundry of edible oils and other agricultural raw materials, have steeped their prices. This month, bread makers in Nigeria embarked on a 4-day strike to protest the rise in pastry materials. Without a doubt, food security has been a challenge, especially for developing economies, and more and more, what were once regular, even banal, food commodities are becoming luxury items that consumers have had to compromise in their consumption. For the pastries industry that requires wheat flour, Bloomberg reports that countries such as Kenya, Egypt, the Democratic Republic of Congo, Nigeria, and Cameroon have sought for cheaper alternatives in local rice, sorghum, and cassava flour.

The cost of rice and beans in Nigeria has people tilting toward pasta such as spaghetti and macaroni. There is a budding joke that a child in Nigeria presently has consumed more spaghetti than a middle-aged Italian. Price increment is also not limited to imported goods. Locally-produced goods are also facing price hikes. People are substituting yam flour for plantain flour (elubo), cocoyam for garri (fermented and toasted cassava flour), and semolina. Observations from South Africa have it that as the prices increase, citizens are beginning to forego meat in their meals and buy bones instead. Consumers have also had to prioritise other food items. Buyers would have to choose between purchasing rice or maize meal (mealie meal) but never both at the same time.

Nevertheless, food is essential for sustainability and greatly impacts cultural and social experiences. As desperate times call for desperate measures, scarcity makes for innovations. More households are pushed further beyond poverty lines. Nigeria’s poverty rate staggers at over 95 million people, and across the continent, the number of poor people increases. People have to be creative in their diets. Whether in seeking alternatives to wheat, reducing portion sizes, making do with available ingredients, or outright ditching of certain meals altogether as observed in South Africans doing away with meat. Mealie meal is still and will be largely consumed in Southern and Eastern Africa, especially for low-income families. It is referred to as nshima in Zambia, nsima in Malawi, sadza in Zimbabwe, bugali in the DCR, and ugali in Kenya. It is also, possibly, similar to what Nigerians call akamu (pap).

Across West Africa, as prices rise, cassava products remain a staple in diets. Garri and fufu, produced from fermented cassava, and paired with different kinds of soups, are still largely consumed in Nigeria and Ghana. A granulated form, attieke, is eaten as a side dish or main meal in Cote d’Ivoire as well as in Ghana where it is known as akyeke.

What is peculiar in African countries is a reduction in the quality and richness of the meals consumed. Take mealie meal, for instance, whose nutritional quality has been debated over time. Where I come from, the Ijaw ethnic group in southern Nigeria, a variety of cassava products called kpo-kpo garri can be paired with fish, groundnut, or spicy pepper soup, and consumed as a side dish or snack. Although it lacks the “street credibility” that garri and fufu possess, its cheaper price has presently made it a favourable lunch meal for public sector workers.  Soups paired with these are also losing their aesthetic appeal or taste and becoming more functionary in quenching hunger. Kiri igina, a kind of easy-fix soup in my locale, prepared raw, and only using the heat from repeated pounding in a mortar, is becoming even more frequent in households.

It is also likely that households will become more creative and tilt towards other unconventional food sources. Certain cultures have explored insects in their diets. Locusts are considered delicacies in some cultures in Nigeria, and grasshoppers are considered a healthy luncheon in Uganda.

Although the instance does not measure up, one cannot help but think about wartime diets. Susan Shepler wrote in a report paper, The Real and Symbolic Importance of Food in War: Hunger Pains and Big Men’s Bellies in Sierra Leone, describing meals during the civil unrest in the country. When the staples such as rice and cassava became scarce, people began to mix the rice with bulgur (the food brought in as relief materials) and called it “combat.” More dietary changes evolved to consuming frogs they later termed “waterfowl.” In all, there are speculations that as inflation tips at higher values, food prices across the world will see more upsurge well into the coming year. More inventive ways to prepare the next meal are expected.