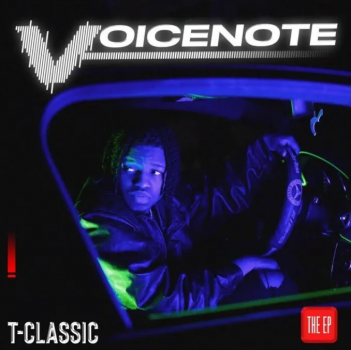 T-Classic’s Second EP, “Voicenote,” is Yet Another Remarkable Project

Like most voice notes, the tracks on this EP are brief, and none passes the three-minute mark…

Tolulope “T-Classic” Ajayi had the year 2019 on its throat with two singles: his breakout single, “Nobody Fine Pass You,” and the Mayorkun- and Peruzzi-assisted “Where You Dey.”

For T-Classic, these two songs served as his passport to the Afrobeats market. He raked in more money from shows, tours, and collaborations. A year after, he crowned this accolade with the release of his debut extended play, Underrated, which was released under Sony Music West Africa.

In the last 18 months, T-Classic’s prominence in the music industry had taken a downward turn. While a record like “Makaveli”  hit more than one million streams on Spotify, the same can’t be said about other released songs.

Last month, he released his second extended play, Voicenote. It sits on six tracks and only features British singer, S1mba, with Niphkeys, GospelOnDeBeatz, Reward, and more handling the production.

The project starts with ominous guitar strings, but this didn’t last for long as T-Classic’s voice, a boisterous drumline, shimmering synth, twangy shakers, and a hard-hitting kick all collide to serve as the foundation for the production of “Oliver Twist.” Thematically, it might have taken inspiration from Dbanj’s 2012 classic hit, “Oliver Twist;” nevertheless the delivery is more subtle, caresses the ears, and more emotionally driven. The song serves as a homage to beautiful, delectable Nigerian celebrities. In total, T-Classic name-checks six of them. One of them is married, and it seems he has stopped the chase when he says, “And I like Adesua/ As you can see mi o capable (ra a)” The last line is in deference to Bankole Wellington, Adesua’s husband. If Nancy Isime would make him turn into salt like Lot’s wife in the Bible, T-Classic seems ready for such tribulation. He says, “See I like Nancy Isime/ Make I turn Salt I go look her back/ Or make I follow the way, yeah.” Beyond the craving for women, “Oliver Twist” serves as a tribute to all the beautiful women around.

Love might have been a dominant feature on this EP. But on the second track, “Dangerous,” it took a detour as T-Classic explores his time out having sex, and partying with a girl. He retells the story of how she doesn’t give in to love but only to all forms of hedonism. In “Dangerous,” a boisterous instrumental aids the storytelling. When he sings, the horns come through underneath; not necessarily intruding into the song, but brightening the production, and giving off a pleasant feel. The song ends with a delightful drum roll.

Adebajo Oluwanifemi Adebanjo, professionally known as Niphkeys, is one of the best Amapiano beat makers. He brings his intimidating prowess to bear on the Amapiano-influenced, luxury fashion brand-titled “Jimmy Choo.” Like most explorations of South Africa’s deep house sub-genre, T-Classic avoids elaborate lyrics, rather hinging the track on a luminous production. Even when T-Classic tries to sing, he leverages more on repetition and melody. Did it come out well? Yes. It shows T-Classic understands what catches his fans’ attention. “Jimmy Choo” is drenched in R&B, and pays copious tributes to Amapiano. Thematically, it’s tethered to sex and party. 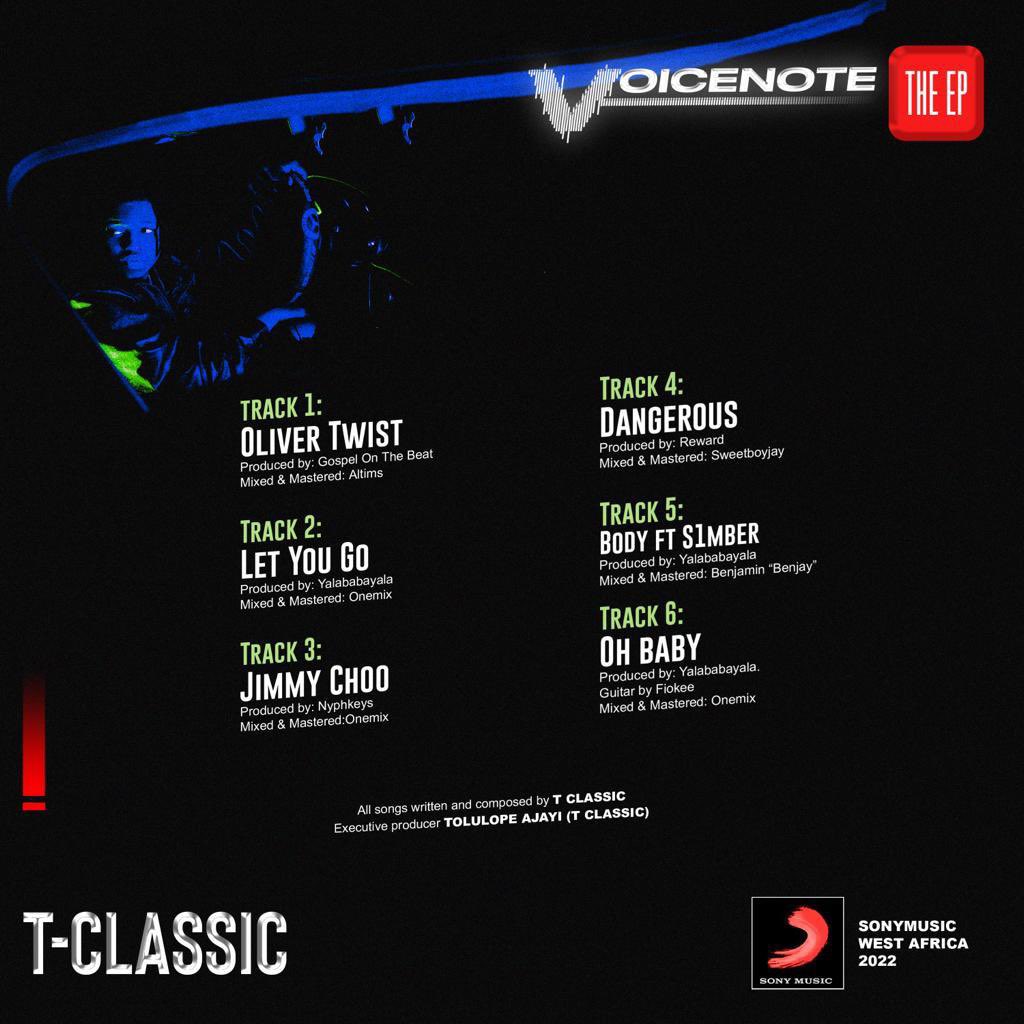 “Jimmy Choo” swiftly transitions to “Let You Go.” There is no break in between, and it makes listeners wonder if this was deliberate or an oversight from the EP arranger.  The song features a radiant backup vocal performance by an unnamed female singer. Lyrically, “Let You Go” assures, and offers endearing words to a lover. The mellow tempo of the song positions it as a potential wedding playlist starter. The unnamed singer almost steals the shine off T-Classic at the tail end of the song. She delivered well, and makes one wonder why she doesn’t get credit on the song. “Let You Go” sees T-Classic at his pristine stage; the songwriting is superb and concise.

The production of “Oh Baby”  sparkles. Even before T-Classic’s vocals come up, you already get enthralled with the mix of Afrobeat and Ghana Highlife production. On this song, T-Classic clearly sees into the future but cherishes the comfort of the past. It’s a potpourri of different cultures and eras. “Oh Baby” gives off a wedding aura, even though the lyrics don’t. On this song, T-Classic asks the girl for a nice time out. He hinges his request on the money he spends on her. His spending spree on the girl should serve as a passport to the girl’s “paradise,” he reasons. The crowd vocals at the bridge softly aids his articulation. It somewhat masks his seeming anxiety.

T-Classic ends the extended play on the wrong move with the chaotic, ear-arching S1mba-assisted “Body.”  The frenetic production doesn’t excuse the chaotic state of the production. Not even S1mba’s neat delivery could save the day for T-Classic. 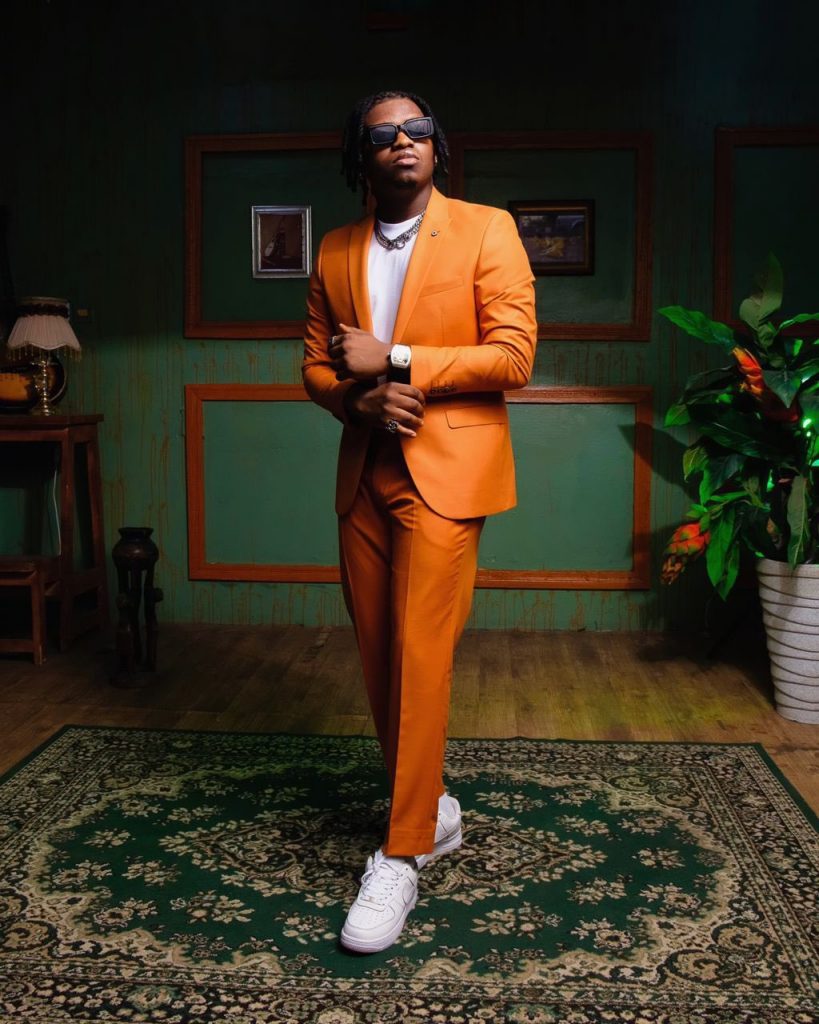 Thirty months after the release of his Underrated EP, it’s exciting listening to T- Classic on a new project. He’s more mature on this project. His hiatus paid off. He explores more with sound, and co-opts one of the finest beat makers to bring out the potential in him. Like most voice notes, the tracks on this EP are brief, and none passes the three-minute mark. Some were superbly done, but on other tracks, the mediocre mixing and mastering overshadow its brilliance.

Nonetheless, Voicenote is a joyous and remarkable addition to T-Classic’s discography.