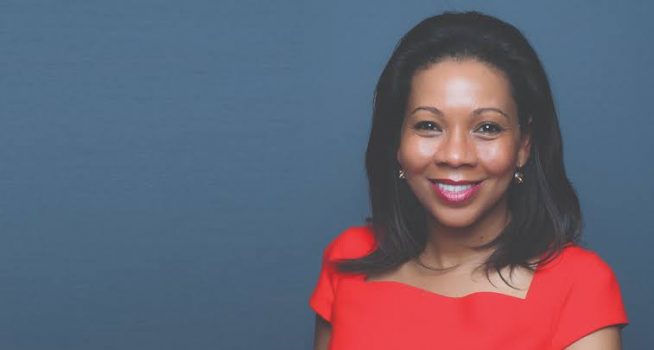 Six Women at the Forefront of Tech in Africa

In December 2021, Wave, an African tech startup based in Senegal, raised over $200 million in its first round of funding. This immediately made the startup the first francophone startup to be worth over $1.7 billion. In the same year — more than 8 months earlier — FlutterWave, a fintech startup based in Nigeria, raised $170 million in its Series C funding, bringing the company’s total valuation to over $ 1 billion. Today, FlutterWave is worth over $3 billion, by reason of its Series D funding, which raised over $250 million.

Technology startups are seeing a massive surge in the global space, especially in Africa, whose startups collectively raised $700 million in 2020, despite the crippling ripple effect of the pandemic. It is no surprise that African startups have attracted investors from far and wide; the continent is a fertile spot for innovative solutions. This is due to the backward state of its political institutions, whose incompetent hands have contributed to an underdeveloped state. Also, the youth population and their increased exposure to the Western societies has in turn created in them a need to create solutions for Africans. As expected, the most successful African startups have been in the field of financial technology, healthcare, energy, and education.

However, despite the astronomical growth of startups in Africa in the last few years, a strong gender gap has permeated this space, putting female CEOs on a lesser pedestal when compared to their male counterparts. For example, African startups raised a collective capital of $1.19 billion in the first half of 2021. Unfortunately, female CEOs raised just 14% of the total capital. While this might sound like a huge disparity, it is in fact an improvement from the previous year where female CEOs only raised 2% of the total capital.

This gender imbalance is not new, and it can be traced back to Africa’s gender gap problem in the entrepreneurial space. Women-led businesses are constantly hitting the rocks, while their male counterparts soar through the skies.

But in spite of the gender gap in funding, female entrepreneurs have made their marks in the African startups space. Here are six women making a significant difference in African tech industry.

Odunayo Eweneyi is one of the leading tech entrepreneurs from Africa. In 2021, she made it into the revered Time Magazine list of 100 influential individuals around the world. The year before, she had also been included in Bloomberg’s Bloomberg 50. Her massive contribution to tech in Africa made her into one of the 6 women Vogue Magazine recognised as the forerunners of the tech boom in West Africa.

After graduating from Covenant University in 2013, Odunayo, with two of her friends, Somto Ifezue and Joshua Chibueze, started Piggyvest in 2016. The trio had the simple idea to create an online savings platform for users. Today, this idea has transformed into millions of dollars in valuation, and boasts of over 3.5 million users across Nigeria.

Even though PiggyVest is Odunayo’s most successful startup, it isn’t the only one she manages. She owns FirstCheck Africa, a start-up led and managed by women only, focused on providing funding and capital to female-led innovations. Also, she is the founder of PushCV, an employment platform that strives to connect employees to potential employers.

Rebecca Enonchong’s name has been present in Africa’s tech space for more than 20 years. In fact, her company, AppTech has been around since 1999, years before the surge of tech startups in Africa. AppTech, according to the company’s official page, provides “implementation, training and application management services for companies around the globe.” In addition to this, Rebecca is the CEO for I/O Spaces, a co-working area presently located in the state of Washington.

Aside from her active involvement in tech, Rebecca also actively immerses herself in social causes. Today, she is a board member in the World Health Organisation, AfriLabs, and a number of others. Naturally, these achievements have attracted international communities and magazines, making her one of Forbes’ Female Tech Leaders to Watch in Africa.

Kenya’s poverty rate is one of the highest in the world, with 16% of her population living below $1.90 each day. To tackle this problem of extreme poverty, Judith Owigar created JuaKali, a platform that has helped thousands of Kenyans secure a legit source of income. The primary function of this platform is to connect young Kenyans to blue-collar jobs in their communities. Judith’s tech startup hopes to reduce the red-tapism that is slowly engulfing the informal sector, and also providing a source of livelihood to uneducated Kenyans. Just like an employment platforms, users can create profiles that showcase their skills, with hopes that a potential employer will notice them.

But that is not all; Judith Owigar also founded AkiraChix, which focuses on women in technology and how they can create innovative solutions to Africa’s biggest problems.

Bamboo is one of the most popular investment apps in Nigeria. Offering Nigerians an opportunity to buy stocks from the world’s biggest companies, Bamboo is a must-have for individuals keen on building wealth. Yet, in spite of its wide use and popularity, most do not know that this startup was co-founded by Yanmo Omoregbe, a woman who has been at the forefront of tech in Nigeria for years.

Over the past few years, Bamboo has raised over $1.5 million in funding, while also completing trade for over 30,000 investors. Yanmo explains that the ultimate why behind the brand is simple: she wants Africans to develop a penchant for investing; that is, offering them an opportunity to build wealth over a long period of time.

Africa’s health crisis has been a major concern for decades, all thanks, too, to the precarious state of most African nations. To solve this problem, Nneile Nkholise created iMed Tech, a tech startup that focuses on designing and manufacturing African-made solutions to a plethora of medical conditions. Rather than travel overseas for quality medical treatments, Nneile believes that Africans are capable of creating innovative medical solutions without leaving the borders of the continent.

Damilola Odufuwa isn’t a tech CEO like many others on the list, but her contributions cannot be swept under the carpet. Today, Damilola works at Binance, one of the largest Cryptocurrency companies in the world, as the Lead PR Manager. Also, she is the Co-Founder of the Feminist Coalition, a body which strives to provide equal opportunities for women in tech, education, finance, and the arts.

Damilola’s biggest dream is to bring in more women into tech. She says, “There’s a lot of misinformation about what types of roles are available in tech — breaking them down will encourage more women to get into the industry.”

This “breaking down” is what Damilola Odufuwa propagates through the Feminist Coalition, while also supporting women to achieve their greatest dreams in other fields.

Regardless of the gender barriers facing them in Africa’s labour markets, thousands of African women have held the mantle of leadership against all odds. They have crept into spaces, only to emerge when nobody was watching. African tech spaces are experiencing major surges daily, and there is no doubt that more women will be directly involved.