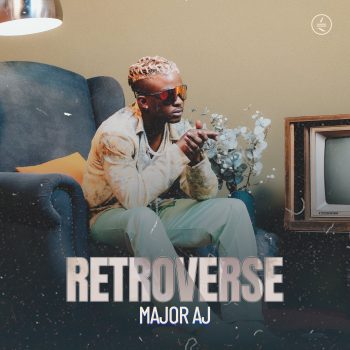 “Retroverse” EP is a striking debut from Major AJ

Retroverse proclaims Major AJ as one of the Nigerian music industry’s brightest new hopes. His sound is fresh, eclectic and looks set to stand the test of time…

You might have watched the short behind the scene cuts of Major AJ’s photo shoot on YouTube. With a retinue of fashion stylists, a PR team, label staff, and more, the youngster was hyperactive. In one of his speeches, he said he was “cut out to blow, it’s thirteen minutes to blow.”

Don’t blame Major AJ. He wants to be prominent in the Nigerian music industry. He has put in the work, and if he’s lucky, he might get the required level of acceptance from the fans as he just churned out his debut Retroverse  extended play.

The Nigerian music industry has been touted to be monotonous since artistes seem to gravitate toward the same sound. To see an outlier has been tasking. The few who started as one have joined the bandwagon to make money off the mainstream market.

Here comes Major AJ, the Retrobaby who is a mix of 1980s and 2010s sounds. Born in Kanji Town in Niger state, Nigeria, the church and his family served as catalysts for his interest in music. However, since there were no studios in Kanji, Major AJ made do with YouTube instrumentals, writing to the beats while patiently awaiting studio sessions.

While studying for his first degree at the University of Ilorin, Major AJ participated in some talent hunt competitions. He won the UNILORIN Got Talent contest. This victory served as his much-needed motivation. From then on, he took his music more seriously. He was signed to Chocolate City Music in 2021, just a year after he moved to Lagos State.

Nestled on a mélange of Afrobeats, Soul, and R&B, Retroverse finds Major AJ exploring topics like love, self-praise, trial, etc., in the thirteen-minute duration. The EP is structured in such a unique way that you may not notice when it reaches the last track. It is no wonder why I have played it more than 20 times in the last 24 hours. 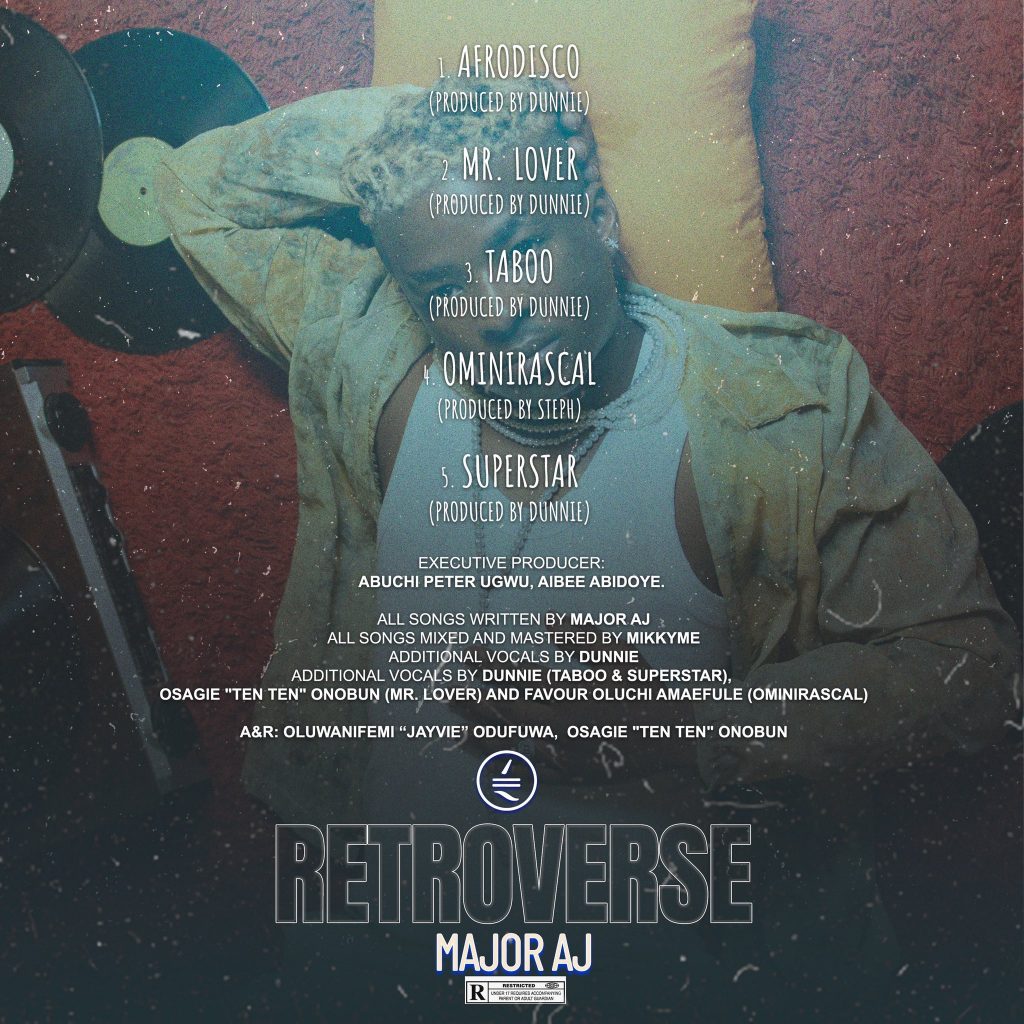 The EP opener, “Afrodisco,” is a fresh breath of R&B inflection. From the mid strings, drum roll, shakers, and sunny synth, Major AJ skillfully rides on this production to draft in a feel-good sound. It’s a cheering, declarative type of music. And even though the lyrics are not superb, they are easy to remember. They are  lyrics you might have heard in thousands of songs before; yet, Major AJ deploys his in alluring ways. While the first verse is an apology, in the second verse, he showers encomium on the girl.

The first time Major AJ mentions his name on this EP is on the second track, “Mr. Lover.” The song is a mix of self-adulation perforated in love. It samples Angélique Kidjo’s “Agolo.” The wavy production is a tribute to 1980’s Soul music with some copious inclusion of 2010s Afrobeats. Major AJ understands his job well enough. He doesn’t rush; rather, he stretches his vocals, spins on the track, gives some joyful lyrics, and throws in some shots at his perceived rivals (the girl’s boyfriend and Sugar Daddy). He’s unfazed by their antics. According to him, the girl is his, and the prowess of his competitor doesn’t count. The recursive bridge of the song makes it more captivating.

Still, the arrangement of the EP dwarfs its brilliance. Songs like “Ominirascal,” and “Superstar” were not placed properly. On the former, Major AJ re-appropriates Fela Kuti-styled backup singers for the chorus. It’s a fine blend of Afrobeat, Afrobeats, and Soul music. And although too much was happening on this song,  Major AJ took control of it. The chorus incorporates Michael Jackson’s “Wanna Be Startin Something.” The song’s brevity aids its replay value, and you might not even notice that Major AJ delivered only one long verse. It came out so well that you can excuse him for breaking the sonic rules.

“Superstar” sounds like a victory lap song hinged on a personal tale. It’s autobiographical, and in my opinion, a good starter for  the EP.  Just like “Taboo,” “Superstar” is a long verse touching on various topics. Finally, Major AJ reveals a little about himself: how he lost his dad early, the influence of YouTube on his craft, his avalanche of failures, etc. You can feel the bitter-sweet aftertaste. The crowd vocals are superb amid the perky production of the song. It is braggadocious and serves as a formal introduction to Major AJ, a  wake-up call to anyone who’s still sleeping on him, and  a “thank you” to his fans who had been with him since day one.

The production of “Taboo” is built on soft drums, guitar, bass line, and synth. Lyrically, it explores intense love making between Major AJ and a girl. When Major AJ said “Jah’e lo, save meI don dey quote Psalm 91 since but she no even show,” it summed up his tribulation with the girl. Major AJ doesn’t look like he’s leaving the girl. While he calls the girl Emere (a spirit), he still vows to keep following her. 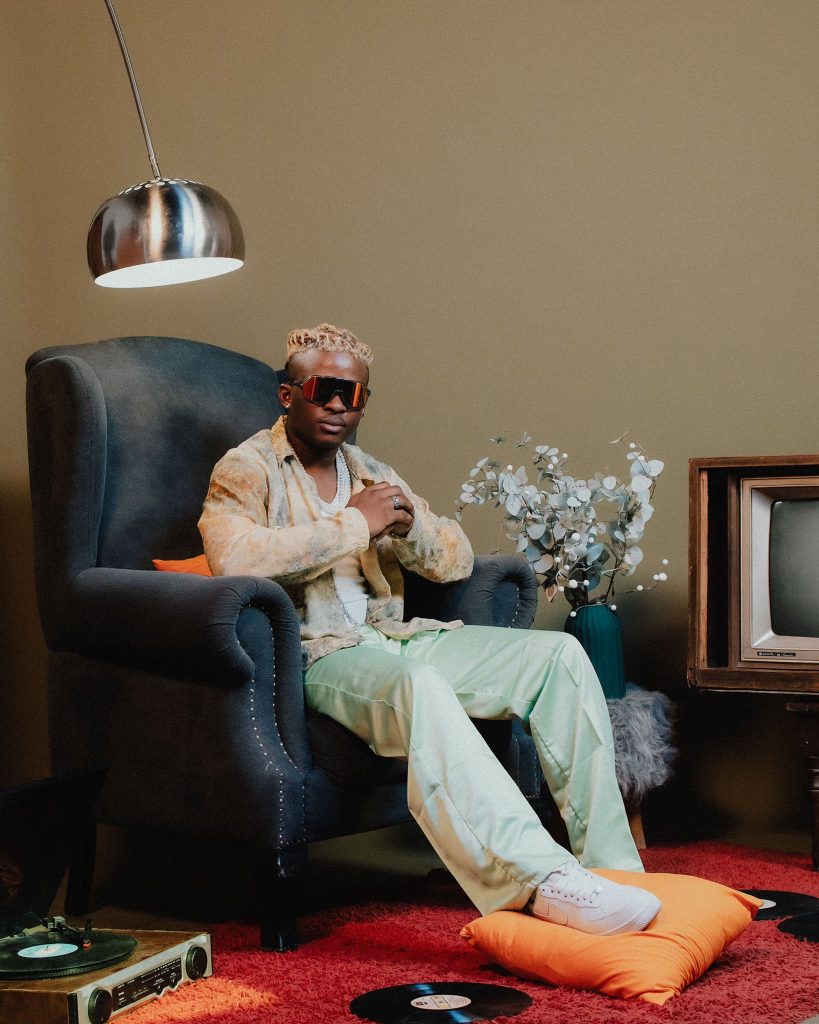 Retroverse proclaims Major AJ as one of the Nigerian music industry’s brightest new hopes. His sound is fresh,  eclectic and looks set to stand the test of time. Welcome, Major AJ.