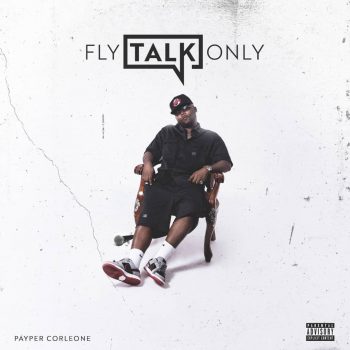 In Fly Talk Only, he falters sometimes, failing to properly examine the peripherals of romance that do not cater to his masculine ego. Yet, he shines with his self-awareness…

Asides his electric bars and mafioso rhymes, not much is known about Corleone’s life outside of the recording booth. There’s a repertoire of cartel references throughout his discography which is ultimately encapsulated in his last album, In Don We Trust, which sounded like a musical tribute to Martin Scorcese’s oeuvre. Corleone has spent most of his career headbutting the scene, demanding the respect of his peers, clawing his way to the table where made men ate, and all of this struggle is evident in most of his lyrical content. But with his fifth studio album, Fly Talk Only, he has taken a slight detour from the course, exploring the more familiar themes of love, lust, and the transactional luxury that binds them together.

Still high off his second Headies Lyricist-on-the-Roll nomination, the Bayelsa-born, Lagos-bred MC dropped his fifth album Fly Talk Only last Friday. The independently-released nine-track album features six producers and six guest artists, each delivering either a verse or a hook to give the listener a stunning sonic experience. In Fly Talk Only, Corleone doesn’t dwell entirely on godfather-styled illustrations of life as he did on his last album. Instead, he navigates the complexities of vanity and romance, and examines the function of luxury in intimate connections. In this album, Corleone is wearing the masculine pride of Tony Montana, stewing in the pecuniary rewards of being a gangster, and at the same time, reaching for an emotional recourse in the arms of women who are drawn to hustlers like himself.

The album opens with the eponymous track “Fly Talk Only,” a track familiar to Corleone’s mob-speak persona. The song opens with the famous line from Scarface character Tony Montana: “All I have in this world is my balls and my word, and I break ‘em for no one.” Corleone’s sharp-witted delivery is laid upon A2’s thumping drums, and he goes on an inspired exposition on his powers, street credibility, credit scores, and why it’d be best for you to stay out of his way. While this isn’t the only track on the album where he references his cartel leanings, it does well to establish his machismo – a trait with which he stubbornly prods his romantic relationships throughout the album. He would explore similar themes in the Ghetto P-featured track, “Ashluxe” where he magnifies his industry significance while showing off his mic skills with smooth, slithering rhymes.

On “Dior n Gucci,” Corleone pays a hazy tribute to the similarly-named song by the late New York rapper, Pop Smoke. With help from hometown buddy and trapper, 22kthecloutgod, he introduces the listener to the offerings of high-fashion and luxury splurges. Even though the track is the least remarkable one on the album, the Brooklyn-inspired drill drums make for an earworm, bouncing off the inner walls of your ears while both Bayelsa-born rappers routinely namecheck expensive clothing brands with the vainglorious gusto of newly-minted capos.

He re-establishes this position on the tracks “No Money, Just Vibes (NMJV)” and “ILWTW.” On the former, he raps “all of the rumours are true/ I like my women in twos.” In both songs, he’s club-hopping and slut-totting, giving a comical take on lascivious engagements between sexes.

It’s on the third track, “For Your Love,” that the album finally starts its emotional ascent. “I’m getting late for your love,” guest feature, Quiries, sings from his core. His solo verse before the first hook paints an illustration of a man reaching out desperately for the affection of his love interest. But Corleone quickly overrides this seeming neediness with ego-laden, yet honest emotional demands. “I’m still single so baby you’re lucky/ God made you ‘coz I need to be happy,” he raps over AY Mix’s compelling Afrobeats production. He wants intimacy, but he doesn’t beg for it. He demands it like he’s entitled to it, like Tony Montana courting Elvira Hancock in the car sales shop during their first time together. In return, he promises protection (“follow me and you’ll never get lost”).

To Corleone, he’s the priced prince promised to women who are willing to concede their affection to him. On the album’s fifth track, “She Rocks,” he gives a self-absorbed reflection of a woman’s admiration for him. “She likes the way I vibe/shawty she likes my style,” he drawls proudly. On the song’s hook, featured trap artist, 7thwonda, repeatedly quips, “took my phone and punched her number/usually she don’t give it to strangers.” Corleone’s lines are doled out in the laidback demeanour of a man at peace with himself and his empire. The drill drums are jumpy and proud. The lady is a groupie with a specific taste for Corleone and members of his geng. There’s another scarface reference to put the situation in better perspective. 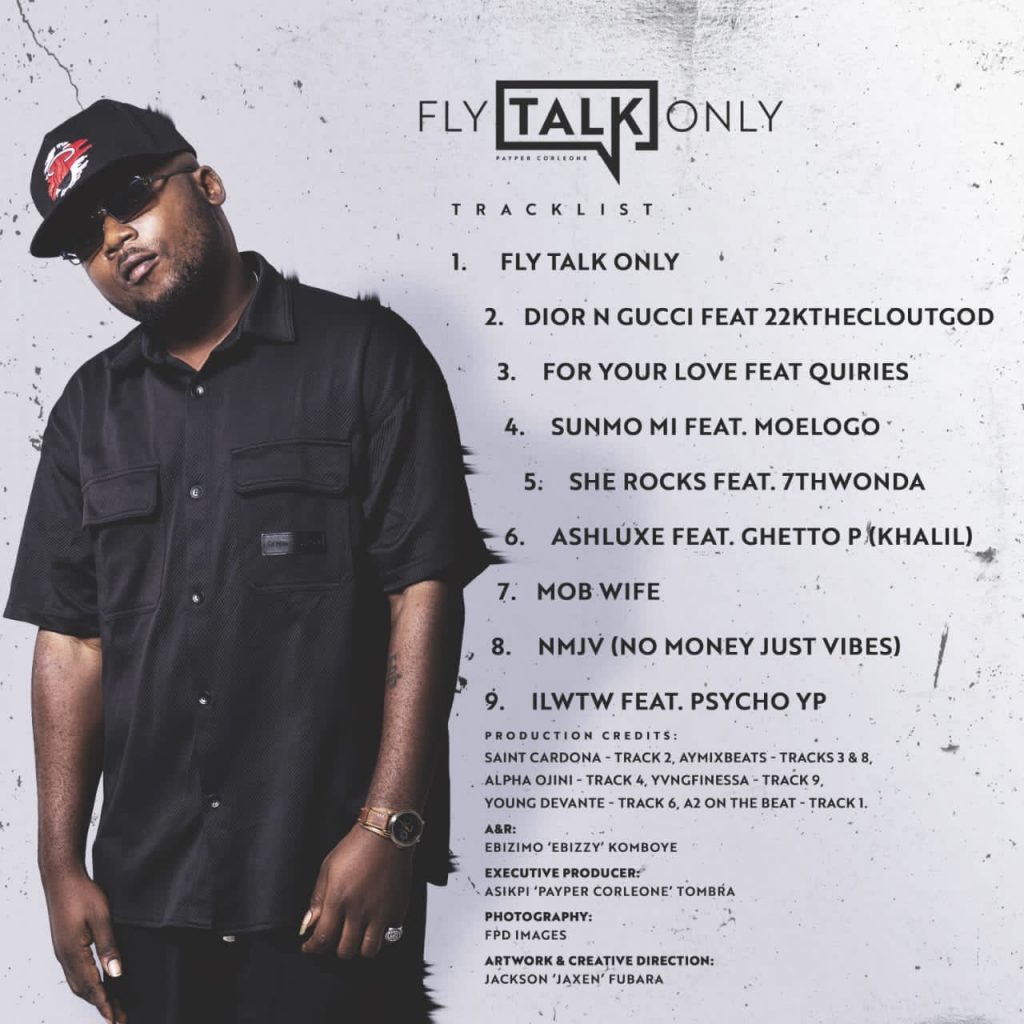 On “Mob Wife,” Corleone is finally able to combine his Cosa Nostra fantasies with the intricacies of intimacy. Rapping over somber soul keys, he delicately examines the place of money in establishing intimacy. “Love is good but money is better/chase the bag, and when you have it, get the right queen,” he advises.  In a genuine moment of reflection, he’s Michael Corleone, mulling over the peculiar complexities of establishing romantic relationships while saddled with the responsibility of running both nuclear and mob families in harmony. The Godfather quote, “a godfather brings peace and prosperity to his family, and I am determined to live by that rule,” plays after the last verse of the song, and the outro contains a voice note from an ex-girlfriend eulogising the impact of Corleone’s financial support in her life.

Corleone’s only moment of true vulnerability comes in “Sunmo Mi” where criminally-underrated London-based singer, Moelogo, delivers a desperate cri de cœur for reassurance with his heartbreaking vocals. On the track, Corleone lays bare his insecurities, expressing a yearning for reciprocal affection. At some point, he comes to a defeatist resolve that he may never be able to get his love interest to feel the same way about him as he feels for her. Alpha Ojini’s afrosoul keys set the tone for Corleone’s sober reflection, and the sincerity of the latter’s trepidation is well illustrated by the inflection of his delivery.

As with his last album, it’s now clear that Corleone’s best collaborators are the less mainstream acts. Quiries’ and Moelogo’s spirited contribution to the tracks where Corleone explores his emotional relationships stand out as the album’s best moments. Ghetto P brings complementary firepower in “Ashluxe,” while 22kthecloutgod and 7thwonda make a case for the growing trap subgenre in the Nigerian hip-hop scene. While Corleone falls back to the traditional hip-hop bops, he sometimes experiments with drill beats. But he soars highest on Afrobeats strings, carefully selected to convey his bluest moments.

Corleone has carefully crafted a personality for himself throughout his discography, and shows a solid grasp of this persona through delicately-constructed nuances. In his world, he’s a mob leader with a lot of money; and he’s looking for love and sexual gratification. In Fly Talk Only, he falters sometimes, failing to properly examine the peripherals of romance that do not cater to his masculine ego. Yet, he shines with his self-awareness, and this is accentuated by the coherence of his intentions. He flaunts his obsession with the Hollywood mafia subculture, making smooth references that crystalise the ideals he’s trying to espouse, while smoothly weaving it into his everyday existence. His biggest strength, as usual, is his masterful writing, stringing together clever lines after clever lines to give weight to the consequences of his statements. 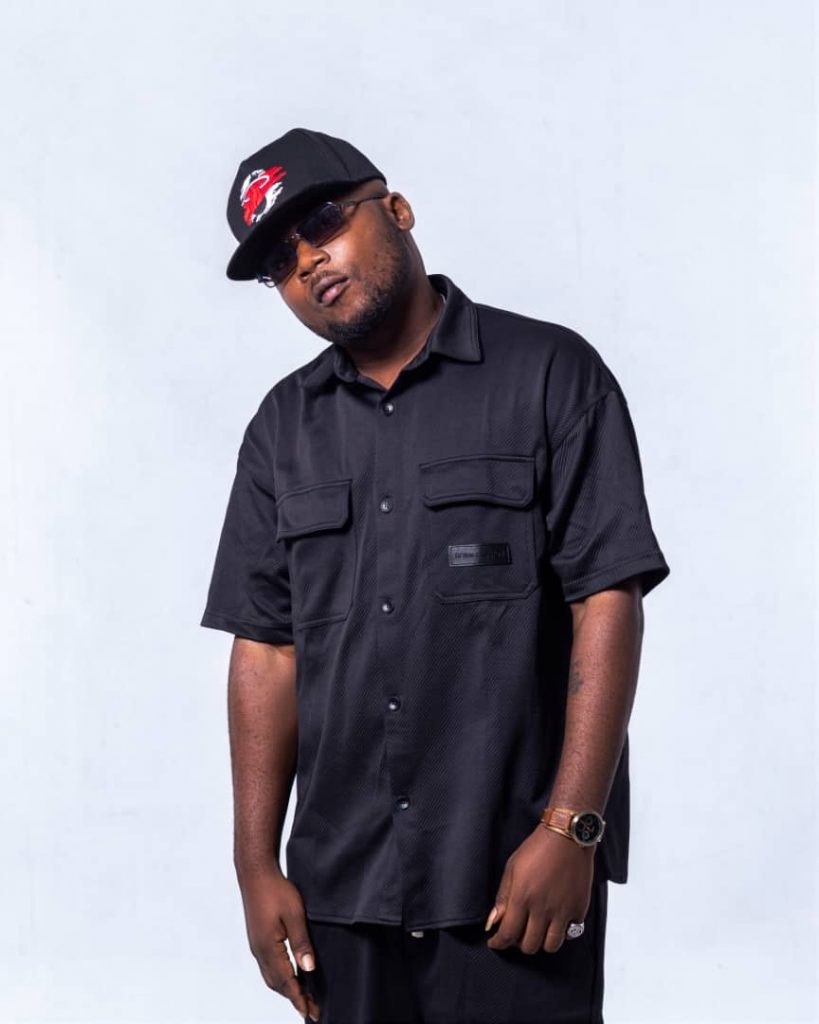 Payper Corleone has remained true to hip-hop music, stubbornly refusing to veer away from the path by taking the more lucrative route of more popular genres. For this act of defiance, we are rewarded with another coherent body of work. It’s too early to crown this album as the best hip-hop album of the year, but it stands tall amongst other entries by his peers.

Victor Daniel is a lawyer and a writer. He has been published in Brittle Paper, Kalahari Review, African Writer, Lolwe, and many others.