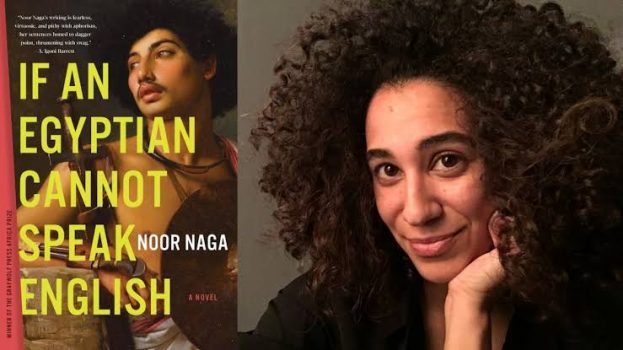 Naga’s greatest strength is in capturing the excruciating detail that attends the gradual atrophy of relationships, the gradual accent to loving, the emotional compromises and the descent towards a discovery of what cannot be…

For people in Anglophone Africa, fiction from Northern Africa has been especially hard to come by in recent times. What we get, when we do get, are translated works from Francophone North Africa, and other parts of the Maghreb, especially the works of Leïla Slimani, Tahar Ben Jelloun, and a few others. Of course, the reason for this scarcity can be explained away as being a result of the pervasiveness of Arabic and French in the region. In recent times, younger writers like Noor Naga and Rihan Adly are emerging to bridge the gap in translations since they write directly in English. Noor Naga’s debut novel, If An Egyptian Cannot Speak English, which won the 2019 Graywolf Africa Prize as a manuscript, tells an interesting story of an unlikely love affair in the heart of Cairo.

The two nameless protagonists at the center of the novel are simply identified as “the American” and “the boy from Shobrakheit.” The American woman is a diaspora Egyptian born in New York, who returns to Egypt in the Aftermath of her parents’ marital issues in an attempt to find a sense of purpose. The Egyptian man is also a product of a dysfunctional marriage in the village of Shobrakheit in the Egyptian Nile Delta. By orchestrated chance, the two meet in a bohemian cafe in downtown Cairo and fall in love afterwards. What follows is a painstaking study of what it means to have a relationship stilted by the most fascinating of all limitations—language.

The idea of a language problem in a relationship also intuits the idea of inexpressible feelings. Only so much can be felt without language. At the core, this limitation exposes issues of class and poverty. While the American teaches English at the British Council in Cairo, the Egyptian man from Shobrakheit is a now jobless cocaine-addicted revolutionary photographer during the Arab Spring of 2011 that shut down Egypt and led to the overthrow of Hosni Mubarak’s regime. He spends his time feeling nostalgic about the heydays of his life during the revolution. Their relationship is not at all perfect. It is filled with lies, subtle intransigence and outright lack of trust. Gradually, we come to learn, from the American’s point of view, the deep misogynistic tendencies of the Egyptian man: “He is both childishly romantic and a hater of women.”

But even then the reader can perhaps be unsure of the truth in this. The very idea of language limitations makes the point of views of the two characters unreliable. Naga’s use of alternating point of view technique, in which succeeding chapters are told through the first person narrative of either of the two main characters, sheds light on the different perspectives that can be had from the same event. The idea of the limitations of language gives the narrative its philosophical arc. “What would happen,” the author seems to have asked herself before she began to write, if an Egyptian who cannot speak English falls in love with an American who cannot speak Arabic? Noor Naga cleverly navigates this conceit with care and empathy.

Each chapter begins as a series of questions that are followed by answers that navigate a form of the idea of how language and the inability to express it can become the albatross in a relationship. The American feels this more acutely, believing that the last piece to a perfect relationship is the understanding of language. How can the right feelings be conveyed with the vehicle of language, and what language best works for a relationship? At one point when the Egyptian accuses her of being condescending to the street dog (in other words, a rich snob), she sends him a text that reads in part: “If I had been able to speak to you in English, you would not have thought I was condescending to a dog.” There are quarrels that they have which are punctuated with questions like, “what are you trying to say?”

Naga makes an attempt at unconventional structure in the novel, perhaps the better to adequately capture the unconventional love story it tells. The chapters, apart from being a series of questions and answers, have no paragraphs. The prose is continuous and the dialogue is subsumed within it in the form of italics. It turns out that this structure is entirely unobtrusive and the novel reads smoothly and quickly. The structure also carries the excavations of traumas that suffuse the novel. The acute psychological insight into the nature of relationships between people, in friendship, in families, in work places, reveals innate disruptions. The disruptions that happen within these relationships—divorces, joblessness, addictions, depression and suicides—are sometimes captured in prose that is as fragmentary as the broken thoughts and language of the characters. Some chapters consist of just a few lines or, in some cases, a single sentence.

Naga’s greatest strength is in capturing the excruciating detail that attends the gradual atrophy of relationships, the gradual accent to loving, the emotional compromises, the descent towards a discovery of what cannot be and the ephemeral states of human passion and the artifice that informs them. If An Egyptian Cannot Speak English throbs with questions of how much can be compromised in relationship, in family and in personal and national existence. Clearly the American’s love for the Egyptian is tied to his marked difference from him, especially in character, ideology,  education, and class. What is most fascinating here is how their differences, stoked by their budding love, is revealed in accreting details. At one point, one might begin to doubt the nature of the love that exists between the two.

The Egyptian seems to be a product of national dysfunctions and governmental failures. His addiction pockmarks the relationship with memories, dark patches, highs and swoons. He experiences symptoms of withdrawal and frequently fantasies about contacting his dealer since he stopped using after meeting the American. From his point of view, the story becomes increasingly dark and violent. The prose, from the Egyptian’s perspective, begins to look like drug-induced hallucinations in places. After he moves into the American woman’s apartment, he begins to feel increasingly suffocated by its walls and history. He feels trapped in the apartment and yearns to go outside and yet he feels obliged to remain in the apartment. Leaving the apartment is metaphorised as leaving her or even resulting in emotional cataclysm. 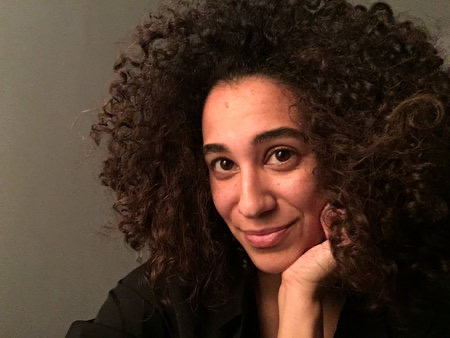 (Read also: Khadija Abdalla Bajaber’s The House of Rust is a Story of Myths, Fantasies and Quests)

Naga’s immersive story captures how the legacy of violence treads through the national and personal history of Egypt. This is also a story of revolution, both personal and collective. Here, national concerns become personal traumas. The poor in Shobrakheit and Cairo are constantly displaced by the lust for property and space among the rich and powerful. In the aftermath of the Arab Spring, nothing much changed, according to the Egyptian. The revolution had been conducted for the benefit of people who didn’t contribute to it. His grandmother loses her house in the village years before to a combination of his mother’s greed and the insatiable desire of the rich to possess. There are echoes of guilt in both the Egyptian and the American about their families. Perhaps this explains the traumas that they heap on the question of language barrier in the novel.

Naga’s lyrical prose is full of achingly poetic observations. During the revolution, people “stained the asphalt with their lives.” When the American removes her clothes, “the whole apartment is littered with twisted, tortured pants.” The Egyptian speaks “heartbreaking English.” There are evocative descriptions of the city of Cairo that tickles the senses for their beauty and craft. The psychological insight into the nature of modern relationships can also be equally provoking: “There’s a danger between us, but I’m not always sure who it belongs to. Which of us needs protection and which of us should be afraid?”

The narrative brims with symbolism in places, especially with the descriptions of the inner structures of the American’s flat, the airy rooms and the dark kitchen. These connections might have buckled at the hands of a lesser talent. In Naga’s steady hands, the sense of place and time that the novel repeatedly evokes is heightened. The novel’s expansive descriptions of place is filled with beauty and intimacy. In Naga’s mature writing, Cairo, a city of roughly ten million people, becomes not just the national heartbeat of Egypt, but also an acute picture of cosmopolitan Arab cities, with all the daily struggles, the traffic, the crowds, the pollution, and the dusty streets. Naga captures a society that is sometimes stilted by religion, and yet full of bubbling life in secular circles. Not since Naguib Mahfouz’s The Cairo Trilogy has Egypt’s capital city been drawn with such empathy and contemporary awareness of the sights, sounds, and smells of a city in flux.

Noor Naga’s debut novel, If An Egyptian Cannot Speak English, is a curiously beautiful book. It is an engrossing tale of migration and return, of love and hate, and revolution and ennui, of a society startled by the suddenness of change, and above all, of language. The sex scenes are nuanced and pithy with beauty and an admirable command of the language of empathy, sensibility and thought. If An Egyptian Cannot Speak English announces a talent poised to do great things in the coming years.

Chimezie Chika’s short stories and essays have appeared in, amongst other places, The Question Marker, The Shallow Tales Review, The Lagos Review, Isele Magazine, Brittle Paper, Afrocritik and Aerodrome. He is the fiction editor of Ngiga Review. His interests range from culture to history, art, literature, and the environment. You can find him on Twitter @chimeziechika1.