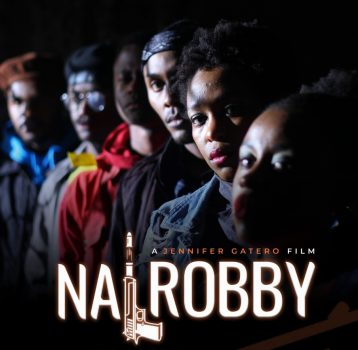 Gatero weaves a tale of lies and deceit within a tale of crime and romance, telling a repetitive but suspenseful story about human nature and how division frustrates common purpose…

Greed and human fickleness are at the heart of Nairobby, a Kenyan crime mystery-thriller written and directed by Jennifer Gatero (who also plays a minor character in the film), and newly streaming on Netflix. Six university students are forced into hiding after a heist which they planned for months goes completely sideways. They get cooped up in an abandoned building, trying to survive.

With thirty-seven million Kenyan shillings on the table, money which ought to be shared among the university’s thirty-seven scholarship students but which the students believe would be stolen by the dean (Jack Chege) without their intervention, everything becomes an option, even murder. Being scholarship students themselves, the point of the heist was to prevent the money from being embezzled and to hand it over to the rightful owners, one million shillings per student. But after their noble, yet illegal, cause gets thwarted by an unexpected higher power, greed and selfishness creep in. Tempers flare, secrets are let loose, there’s a lot of slut-shaming that could have been done without, and double-crossing becomes the order of the day.

Nairobby starts at a very fast pace and in a very strong place, creating tension from the very first scenes. We see six youths run out of a car and towards the building that they will spend the bulk of the film in, an odd upbeat song playing in the background. One of them doubles back to retrieve a gun from the car. The other five run into the building and immediately begin to squabble over why the heist failed. Tasha (Lorna Lemi), who works in the dean’s office had guaranteed them that she had the access codes, only to be unable to disable the alarm during the heist. Vivian (Jeritah Mwake), Oti (Neville Ignatius), and Yobra (Sanchez Ombasa) throw accusations. Tasha insists that she has nothing to gain from selling them out. It takes a while before any of them realises that they’re missing one person. When Nick (Martin Gathoga) finally joins them in the building, he has a fatal injury. Only Tasha so much as considers taking him to the hospital. Even his medical-student best friend, Kama (Martin Ndichu), is too afraid to risk it. From there on, things only get worse for them. They’re stuck in the building, turning against one another as they attempt to figure out who among them is a traitor.

Interestingly, other than one flashback where Tasha pitches the heist to the rest of the team, the film does not so much as provide a sneak peek into the heist itself. Instead — and the film is better for it — Gatero weaves a tale of lies and deceit within a tale of crime and romance, telling a repetitive but suspenseful story about human nature and how division frustrates common purpose. Despite their best intentions to steal back money that belongs to them and their fellow students from the authorities, the fighting and division among them make it impossible for them to conquer the system. At the end of the day, they remain victims, but with a worse fate than what they would have had to endure if they hadn’t opposed the system in the first place. Sadly, the message remains vague until we’re spoon-fed at the end: “You cannot fight the system if you’re too busy fighting each other.”

But the journey to that end is tedious. Gatero doesn’t bother with any initial setting up of the characters. She dives straight into the action, and almost everything there is to know about them or their situation is revealed within their hiding place. It’s an approach that both fuels the suspense from the start and allows the screenplay enough leeway with the character motivations as the events play out, adding a layer of unpredictability to the story. But it also makes it easy for the characters to be written inconsistently, with their personalities at every point in time dependent on what twist and turn Gatero intends to introduce to the story at the relevant time. And there are many of those, so many that the plot has to move too fast from one drama to the next. One minute, the group is in mourning over a death; the next minute, they’ve forgotten about their grief and are now conspiring against one another. One minute, partners are all lovey-dovey; the next, they’re seducing other people. It makes it difficult to care about even the most likeable of the characters, since we never seem to know who they really are.

Plus, the film relies too much on dialogue, and it gets particularly monotonous since the dialogue is heavily repetitive. In a bid to identify the traitor among them, the six students retrace their steps by word of mouth, recounting the same events over and over again.

Much of the plot is focused on the roundabout that is the film’s mystery, and even the students (and the actors who play them) get tired of it. It’s not as if any new information pertaining to the heist itself gets uncovered the second or third time. Whatever new knowledge we get as they repeat their stories comes in form of secrets and character motivations, all of which could have been introduced without having to tire us out with the same lines and stories time and time again. The monotony is rather unfortunate, because if you’re too exhausted to keep watching, you’ll miss out on the message, together with that entirely unpredictable — albeit far-fetched — ending. 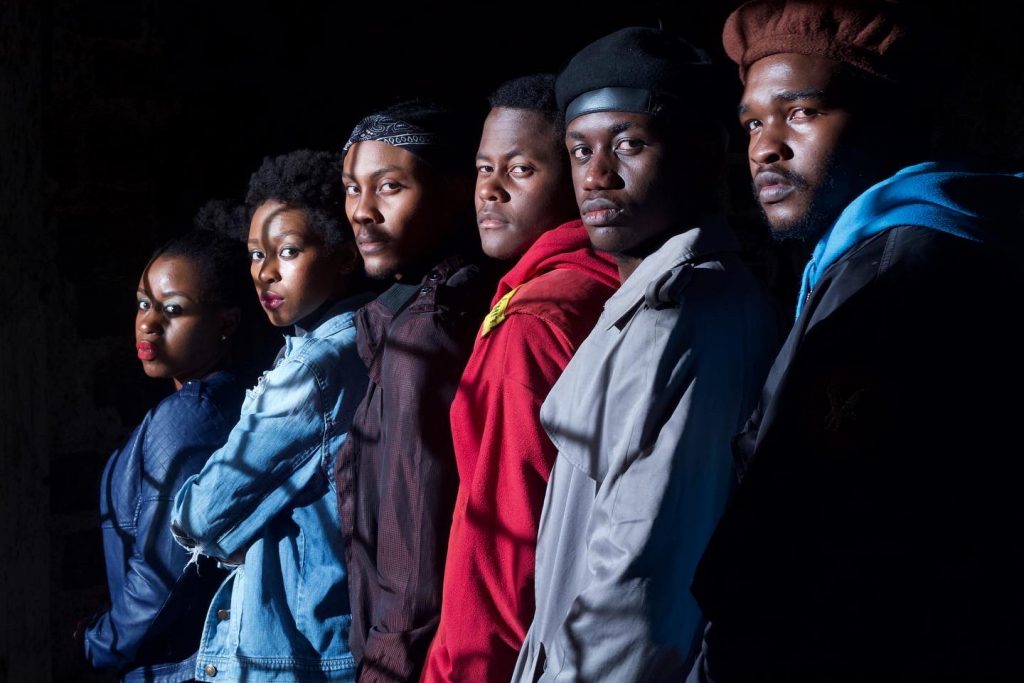 Nairobby doesn’t boast of a lot of strong performers, whether cast or crew, and it is abundantly obvious that this film’s minimalism is not a mere stylistic choice but a matter of budget (Gatero has revealed that the film was funded by a stranger from Facebook). But there is something to see here. And at seventy-seven minutes only, it’s not time terribly spent.

(Nairobby was released in theatres in December, 2021 and is now streaming on Netflix here).

Vivian Nneka Nwajiaku, a film critic, writer and lawyer, writes from Lagos. Connect with her on Twitter @Nneka_Viv and Instagram @_vivian.nneka.