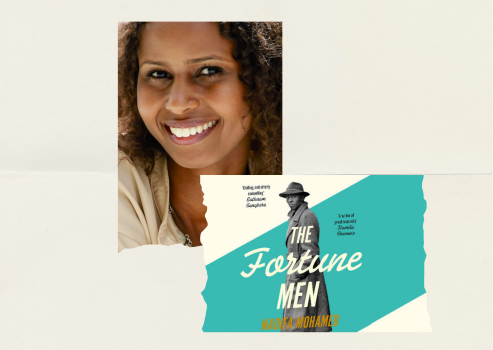 Somali-British author, Nadifa Mohamed, has won the 2022 Wales Book of the Year for her latest work, The Fortune Men. The novel wins the award in the Fiction, People’s Vote, and Overall English Language categories. Mohamed will receive a prize of £4,000.

Published by Viking Press, UK, in 2021, The Fortune Men is a fictional account of Somalian merchant, Mahmood Hussein Mattan, who was executed after being wrongfully accused of murder. The novel was previously shortlisted for the 2021 Booker Prize, earning Mohamed the spot as the first Somali novelist to be shortlisted for the prize.

Speaking about Mohamed’s win, Leusa Llewelyn, Literature Wales’ interim CEO, said, “A special congratulations to Nadifa for winning the hat-trick with The Fortune Men. It’s no surprise at all that she has captured the judges’ and the readers’ hearts with this powerful novel about injustice and oppression. The Fortune Men brings alive the multicultural docklands of our capital city in the 1950s with its sights, smells and sounds, with Cardiff becoming an intriguing character in its own right within the pages of this captivating novel.”

The Wales Book of the Year award is an annual prize that recognises the best literary talent from Wales. The award is reached from a pool of winners from the Poetry, Fiction, Creative Nonfiction, and Children and Young People genres.