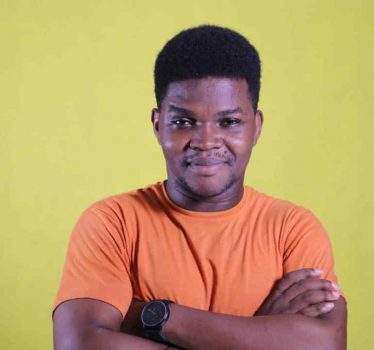 Is Theatre Still Alive in Nigeria? Joshua Alabi’s Journey as a Theatre Practitioner in Nigeria

…Joshua Alabi has taken the mantle of leadership as a theatre practitioner in Nigeria, hoping to revive an art form that once dominated the nation…

Western historians suggest that theatre as we know it began in Ancient Greece, in 534 BC., during a Greek religious festival. But African historians have rejected this notion, arguing that theatre arts have existed in Africa way before then. They have cited rituals, festivals, and community projects as exemplary forms of theatre. That theatre is a collaborative form of art that aims to replicate life through actors on a stage validates the argument of African historians. Most African rituals and festivals perform the same function as theatre, telling the stories of their ancestors, gods, and heroes through acting, dance, and music. However, theatre as a written tradition — involving a script/play text — began in ancient Greece.

Theatre has evolved through a number of transformational stages, brushing with religion and the government, which in turn has defined the scope of theatre in the past. For example, the clampdown on theatre by the church — due to accusations of immorality — led to the emergence of mediaeval theatre,  a form that focused on Biblical and moral plays. Contemporary theatre is nothing but a conglomeration of history passed down, modified, amplified, and designed to suit the modern audience.

Naturally, as several parts of the world developed its theatrical forms, Africa did the same. African theatre saw a huge popularity in the postcolonial era, becoming a tool of protest, nationalism, and activism. This period saw the emergence of playwrights like Wole Soyinka and J. P. Clark from Nigeria, Ama Ata Aidoo and Efua Sutherland from Ghana, R. Sarif Easmon from Sierra Leone, Ngugi wa Thiong’o from Kenya, and a number of others. Today, a number of their plays are still being performed, and have as well, retained their relevance.

Despite the relative fame of these play texts, and their inclusion in Nigeria’s secondary school syllabus, theatre has been pushed to the backseat of the arts. Today, most young Nigerians are oblivious to the arts of the theatre, with some even confusing this art form with its screen counterpart, filmmaking. While both share certain qualities, the ephemeral nature of theatre establishes itself as a distinct art form.

To revive this art form, Joshua Alabi has taken the mantle of leadership as a theatre practitioner in Nigeria, hoping to revive an art form that once dominated the nation.

Being a student of theatre myself, Joshua Alabi wasn’t a strange name to my ears. In fact, I had dreamed of working with him for as long as I could remember. Eventually, when we spoke for the first time, he needed a sound engineer who could provide the necessary equipment for his show in Ibadan. My heart skipped with joy; this was my first shot at working with a Master of the Arts. Unfortunately, my involvement in this project hit the rocks. A few years later, I had the immense opportunity to speak with him again, this time an effort to document his life and his involvement in theatre in Nigeria.

During our first WhatsApp meeting, he apologises, admitting his busy schedule made it impossible to meet earlier.

Alabi, a recipient of the Mervin Stutter Award for Performance fell in love with theatre years ago while he lived in the barracks with his parents, and watched his mother get involved in tribal communities’ events. Watching his mother perform in these events made him pick up interest in performance. He filled in for an inexperienced actor, eventually becoming his first shot at acting.

He explains, “I got into theatre because of my family, as a young chap I had a very free family. I grew up in a family of 8, and I was the last child. My mom was in love with the Yoruba culture, and as a choir mistress, fashion designer, and of course a devout Christian, she was heavily involved in community projects.”

Years later, Joshua Alabi would organize community theatre shows, free and accessible to all, a trait he had learned from his mother. The ability to connect with so many cultures — despite the marriage barrier — was a major quality of his mother; he says, “No one could really tell where she was from. She celebrated with the Igbos, the Efiks, and the Yorubas.”  This universalistic nature of his mother is a trait Joshua proudly wears and utilises for theatre purposes today, breaking the barrier of language and cultural differences.

But Joshua’s love for stories and spectacle didn’t come from his mother; it was his grandfather, a hunter and magician who lived in Osun state. “As a child, I used to visit my grandfather,” he says, with excitement in his voice, “who would pull tricks on me. Of course, as a child, I used to be amazed. Also, he would tell me stories, and sing folk songs. So, I had this childhood background filled with stories, songs, of ritual performance, all of which eventually led me into theatre.”

Today, Joshua works through Kininso-Koncepts Productions, towards revitalising theatre arts in Nigeria by introducing children to the stage. In his words, Kininso “is rejuvenating the idea of theatre, of what theatre should be, of what artists are, and what they should be like. Kininso, over the years, have employed the highest number of theatre graduates.”

Joshua offers these graduates a chance to pursue a profitable career in theatre, tackling the problem of unemployment in Nigeria. He not only tries to give theatre graduates but individuals from other backgrounds a place to work in.. Joshua adds, “We also have people who work with us who don’t have theatre background, or who didn’t study Theatre Arts in the University.”

Joshua Alabi has a simple dream: “…to create an industry from a place that has no industry.”

Kininso-Koncepts boasts of collaborations in South Africa, Italy, France, and the United Kingdom. It has recorded participation of over 10,000 children, and has staged plays in several parts of the country and across the world. In addition, Alabi has worked with Jennie Reznek, a renowned South African playwright, as well as Lara Foot, also a popular South African playwright and theatre director.

Alabi has created plays that deal with suicide and mental health, history, and politics. An interesting project of his is JoinBodi, a play written and performed in the guerilla theatre style. The play was staged in Yaba, a busy hub in Lagos, and it focused on the anger, dissatisfaction, and frustration of Nigerians regarding political change. It also made political statements on the implementation of policies, and the sheer dishonesty of the country’s leaders. Despite being a novel occurrence in the environment, it was well received by the audience.

But there are challenges, Joshua says, “the number one challenge to doing theatre in Nigeria is Nigeria first. Nigeria is a problem, and for every problem Nigeria faces, the theatre faces the same problem. Nigeria feels like a country that was created to frustrate every initiative.” 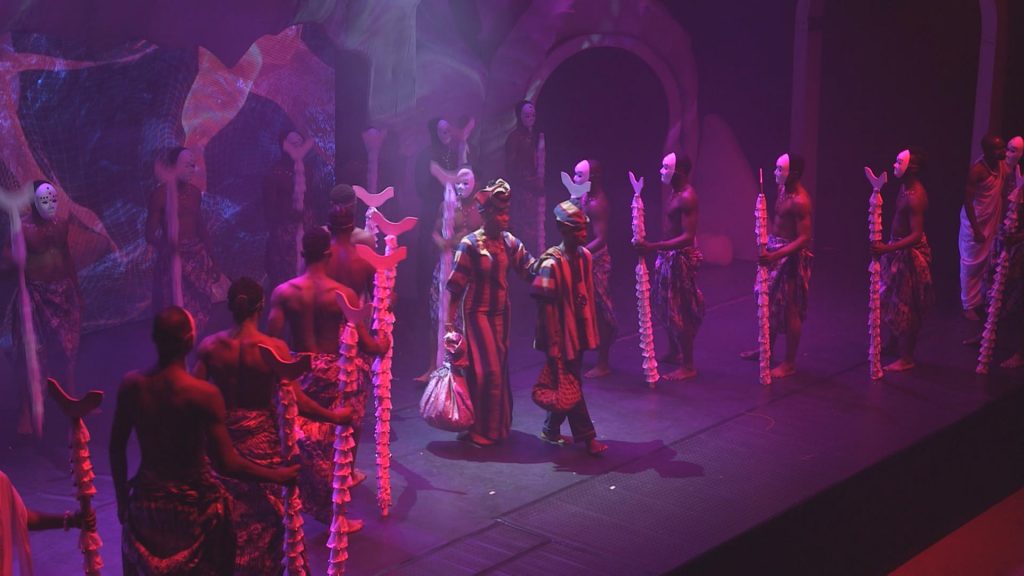 There is a lack of theatre spaces in the country, Alabi laments. Even though most theatre practitioners have chosen to use concert halls and event centres, it still fails to match up to the standard of a proscenium theatre. Also, these spaces have been designed to fit around 300-500 people at a time, a factor which has deterred many. According to Alabi, this is all due to a lack of appreciation for theatre; the lack of spaces contributes strongly to inconsistency, which in turn affects visibility.

Alabi notes that, additionally, theatre is poorly funded by the Nigerian government. There is no funding set in place by the government, and every form of financial support has been primarily from private entities and international bodies, notably from the United Kingdom, Germany, and South Africa. As if this is not enough, Joshua Alabi mentions that there is no  structure in place to support theatre, thereby suggesting that it is an art left to fade away and die. To tackle this, he explains, “We write grants and letters of funding to international organizations, and it’s been good for the most part.”

Thankfully, Joshua Alabi’s goal is to help the dimming light of  theatre in Nigeria. With his team of artists, actors, dancers, singers, managers, directors, designers, he has vowed to breathe life into theatre in Nigeria, despite the obvious challenges. Joshua has hopes for the future. He says, “So far, we are trying. It’s not great yet, but we are trying. We are propagating the gospel of theatre.”

David Adewusi has appeared in the Kalahari Review, Praxis Magazine, African Writer, and Naked Convos. Currently living in Ibadan and being forced to study in a Nigerian institution, his biggest dream is to be left alone.