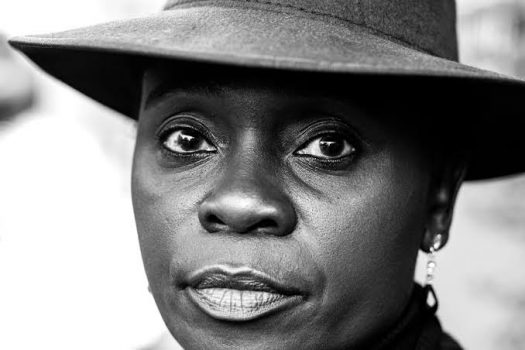 The lives of the characters are subject to the precolonial Ugandan history which foreshadows their lives, and in most cases, are irredeemably part of the history of how they came to be…

Ugandan novelist, Jennifer Makumbi, has gained a reputation for telling epic stories deeply steeped in the Ganda culture and history, and in a language very indigenous to the stories. Her third published book and her second novel, A Girl is a Body of Water also known as The First Woman, like her epic debut, Kintu, carries on the gargantuan task of self-rediscovery and interrogation of unspoken history.

In Kintu, we find the clan of a long dead powerful patriarch go back centuries in time to atone for their father’s mistake in order to find restitution from the curse which haunts them. In A Girl is a Body of Water, Makumbi takes on Kirabo Nnamiiro, a 12-year-old restless girl, haunted by the belief that she is possessed by a second self, and the unspoken mystery of her absent mother. Kirabo is brought up by her grandparents in their home where she is afforded an eventful childhood in the village of Natetta, among many other children. This eventful childhood included an inseparable friendship with Giibwa with whom Kirabo did everything and went everywhere, and a relationship which began as an antagonism with Sio, one of the handsome boys in the village with whom she would later fall in love. At twelve years old, when Kirabo’s coming of age set in, she decides two things: first, she was no longer satisfied with having two selves, and she wanted to get rid of the derision-causing one; secondly, that the life she had with her grandparents, in which she saw her father intermittently when he came to visit Natetta, and where she did not know her mother, left a gaping hole in her mind as to who she was. To solve the first problem, she forms a friendship with her grandfather’s other lover and sworn enemy of her grandmother, the blind and beautiful “witch” Nsuuta. Secondly, she begins to ask a lot of questions about her mother. Her questions are mostly met with deafening silences, the kind which met one head on and left one powerless to prod further. But then a new window opens into Kirabo’s life that spanned through the years of her coming of age. 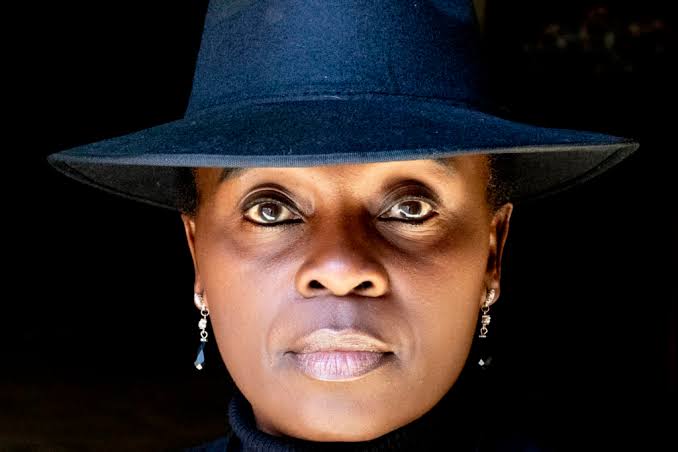 Eventually, Kirabo goes with her father to the city to live with him in Kampala, where she faces the tough challenge of a stepmother unwilling to raise her. Her father then hands her over to her aunt who raises her, and eventually, Kirabo is sent to a boarding school. As Kirabo’s life progresses, her identity crisis intensifies. With every new mysterious turn from being denied knowledge of her mother, to the hostility of her stepmother, to being taken away from her father’s house, and going to boarding school, her life revolves in unprecedented ways. In each of these turns of event, the reality of Kirabo’s life knocks her down in new ways, and she is forced to stand up to new realities. Going through life in urban Kampala, the contrast and the irony of human existence plays in her mind as she remembers Natetta. Going through a phase where she realises that her mother probably did not want her, and she could not stay in her father’s house at great cost to his marriage, the psychological void left on her mind by her mother’s absence deepens.

As Kirabo searches for her mother, she also interrogates her place in society as a woman, the roles women are made to play, and why it is so. These questions resurface in her life in various facets; in the story Nsuuta told her about the “original state of the woman” as a bold prototype which has now been softened to the coy personality that was now the norm in society. According to Nsutta, the ruins which resulted from this prehistoric infamy against the woman was what resulted in the ruins in between her legs. But then, Nsuuta, after moving to the city, begins to live with Aunty Abi who tell her that what is between the human legs is the flower from which women bloom. Yet, when in a classroom, Kirabo tries to draw a parallel between the protagonist of Elechi Amadi’s Concubine, and the original state of the woman as told her by Nsuuta, everyone looks at her, confused. Kirabo’s story is filled with many such instances where renewal of knowledge is necessary and what she previously knew and where she was, was no longer enough.

A Girl is a Body of Water explores various social themes including feminism, womanhood, love, family history, slavery. As a backdrop to the life of the characters, it touches on the political theme of political unrest and dictatorships and how they affect people. Set in Post-Colonial Uganda, it spans through the troubled period of Ugandan history which included Idi Amin’s despotic rule, and the war with Tanzania. The lives of the characters are subject to the precolonial Ugandan history which foreshadows their lives, and in most cases, are irredeemably part of the history of how they came to be. In the broad scope of the book, we see how the old order stands against the new, and how the lives of the characters are helplessly intertwined in history. We see how history is a cyclic pattern repeating itself. In this way, the novel is hardly about Kirabo alone; it is also about the people who surround her. It is not a novel where the life of an individual is examined in isolation from the society, but one in which a protagonist’s life is looked at in relation to society. The society is so present in the book that if you removed the society, there would be no Kirabo, but you could remove Kirabo from the story and the society remains. Kirabo’s dilemmas are not examined in isolation. Her motherlessness (as a result of her mother abandoning her) exists side by side with that of her grandfather whose mother was captured by her great-grandfather and escaped after giving birth to a son for him.

A Girl is a Body of Water is written in English mixed with a lot of Ugandan patois. In terms of language, Makumbi is one of the most conscious contemporary authors whose books, despite being written in English, echoes her roots and the culture from which the imagination was conceived.

“I do not write for the west,” Makumbi is quoted to have said in one of the pre-publication covers of the novel. “If I can understand Shakespeare, then you can understand me.”

The book begins as one which promises to wield a lot of mythological mysticism, but it turns out, in the long run, to be more dictated by the psychological course of the protagonist’s life. One gets the notion that Makumbi set out to write a book where mythology played a bigger role and was unable to fully achieve the goal.

The novel could have been shorter. Makumbi’s writing here is very detailed and descriptive, but many of the concerns in the book, especially with regards to feminism and how women were perceived in postcolonial Uganda, could have been relayed more briefly, yet more efficiently. The book doesn’t offer any new insight into its treatment of the perception of women in post-colonial Uganda. Its biggest accomplishments lie in how it reaches into the psychology and motive of its characters, and how it shows in various ways, particularly in the antagonism between Alikisa and Nsuuta, that things are never how they seem. With a bit of thoughtfulness, reading this book brings one to the reality of deeper motives into people’s actions.

Novels, being works of arts, do not just tell us people who are good and those who are bad. They go beyond the moral binary of black and white. Stories, too, deal with the difficult questions arising from the tricky realities the characters in the books we read encounter. An existential novel tackles the question of why we live; a love novel takes a look at love and what inspires it; a historical novel tries to gain insight into how things come to be the way they are; an epic psychological novel like this one explores the characters and their motives. A novel can ideally be about all the above and tackle all of them, or some of them. In that way, the omnipotent nature of stories, which is one of the great powers of the novel, is exercised.

A Girl is a Body of Water tries to answer the questions surrounding Kirabo’s life. Why, despite a childhood where she lacks almost nothing, does she remain restless for the mother she had never known, despite never lacking maternal care? Why did her mother leave, and what was the nature of her leaving that warranted it to be swept under the carpet? And with Kirabo growing into the realities posed by these questions, what effects has it, on her life? As the novel tackles these questions, on a broader scale of the story, we see a tale of friendship, love, loss of innocence and the numerous losses which spiral from it as a ripple effect. And as one tackles the questions of their lives, ranging from ambition, or a curious inquiry of psychological homelessness — as in the case of Kirabo — they are transformed in the process. 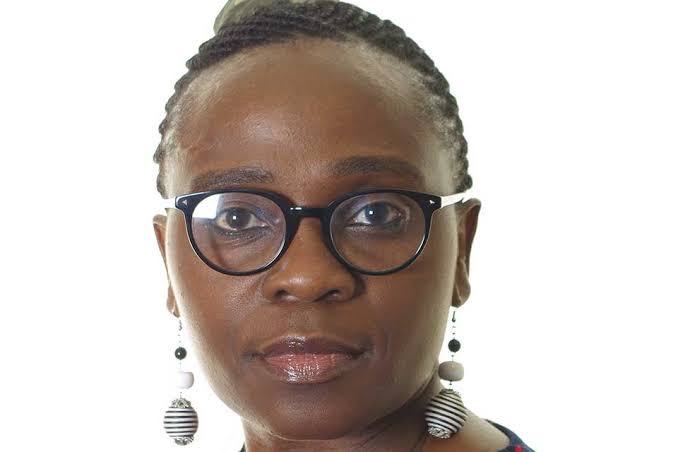 A Girl is a Body of Water is a psychological coming of age epic tale, of a girl who in the course of her transition into womanhood is brought face-to-face to the question of her identity. If we could take mother as a metaphor for the soil which feeds the root, we could say Kirabo’s story is a story of a child hurled into an existence where she is only half immersed in her true origins, and eventually seeks to reinstaste her rightful place, at the risk of being defiant. Deep into the story, Kirabo announces, “I am going to announce that I exist.” And she further goes on to say, “I Kirabo Nnamiiro, will not be stuffed into an Anthill. I have a mother. Her name is Lovinca Nnakku. I did not come out of nowhere.”

A Girl is a Body of Water and Kintu are similar in how they relay how history is inescapable in the lives of its bearers. It should be remembered for its in-depth characterisation and attention to its multitude of characters. Jennifer Makumbi in this work shows us how the coming-of-age story of a young village girl can be approached with a new level of seriousness. The book achieves new heights in a number of things — language and psychology, mostly — but it also a new height for coming-of-age novels in Africa and everywhere else.