Imaginative, Stimulating And Thrilling – Further Consideration Of Kemi Adetiba’s “King Of Boys: The Return Of The King”

King Of Boys: The Return of the King, a seven-part Netflix limited series and sequel to Kemi Adetiba’s 2018 blockbuster King of Boys, is a thrill.

After five years in exile, vindicated of all crime, Eniola Salami (Sola Sobowale), returns to Nigeria and declares her ambition to run for governor in Lagos’s forthcoming gubernatorial election. But things aren’t as they used to be for her. Before her exile, she had money and political power to decide the fates of any politician, but while in exile, her kingdom crumbled and another rose in its stead. Odudubariba (Charles “Charley Boy” Oputa) is now the big dog in the underworld she used to control, and Aare Akinwande (Akin Lewis) controls the policy from his prison room. Having lost her wealth, political strength, and underworld dominion, instead of resorting to thuggery and diabolism as she is known for, Eniola Salami chooses to be mild and civil.

No Nigerian film has found a better use for digressions like King Of Boys 2: The Return of the King. A generic, run-of-the-mill film with a stellar cast of brilliant Nigerian actors, the miniseries is about the intersection of crime and politics but it’s mostly about loss, ambition, greed, and revenge.

The miniseries is an afterthought; some extra treats are borne out of the success of the original. What is exciting about the original was its audacious story dynamic, which injects fiction with a tinge of reality that’s refreshing as it’s funny. Crisscrossing the exposition in the series through its tricky plot construction, this sequel captures the rich connection between politics and crime. Adetiba creates strings of imperfect patchwork events and curiosity that pay off in almost satisfying ways.

Influenced by traditional Yoruba films and American gangster classics, Adetiba designs this film with a unique personal identity. Using Sobowale as a protagonist is perhaps inspired by the old Yoruba film, Lagidigba Ilubinrin, where Sobowale played the role of a king in a feminine kingdom. With a façade of greatness, the film hands in a pretty good attempt at deconstructing Nollywood history.

The film is easily structured, in that many of the details of its plot can be picked up on the first viewing. Each of the three main subtexts unwinds with a situation that could easily form the subplot of any standard gangster movie. But where the original reveals the fiendish nature of Nigerian politics in a relationship with the underworld, in this sequel the politics seems drawn out. The theme of crime in this film runs like an afterthought. 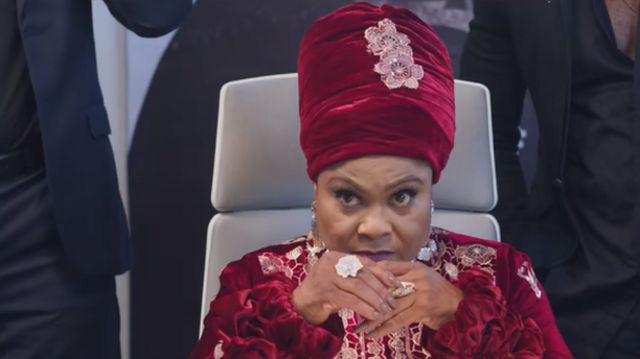 The screenplay in King Of Boys: The Return Of The King follows Hollywood campy screenwriting formulas for hit films. On multiple occasions, the screenplay strays from the central plot, but doubles back on itself with the unfolding of patched-up interlocking stories about characters that dwell in a world of crime and politics. Adetiba creates a tainted world where there are no ordinary people, a world where unexpected situations force the characters to take desperate and absurd measures.

The dialogue in King Of Boys: Return Of The King is laden with proverbs, idioms, and pop culture references, with wisecracks finding their way into more than a few statements. The problem is, some of the dialogue is unnecessary and only peripheral to the plot. For instance, Sobowale’s excessive use of Yoruba proverbs and idioms borders on the superfluous at certain points in this sequel. That being said, the abundance of idiomatic expressions, proverbs, incantations, and chants is proof that Adetiba is a scholar of old Yoruba flicks.

While Sobowale’s acting propels the film, it is Nse Ikpe-Etim who adds grandeur to the film with her interpretation of the role of Jumoke Randle, wife of the Governor. Although a great actress, Sobowale occasionally overdramatizes her performances. Nse Ikpe-Etim, on the other hand, plays her role almost perfectly. With just two scenes, Taiwo Ajai-Lycett puts in a brilliant shift as the no-nonsense mother-in-law to Ikpe-Etim’s character, amidst razor-sharp dialogue. 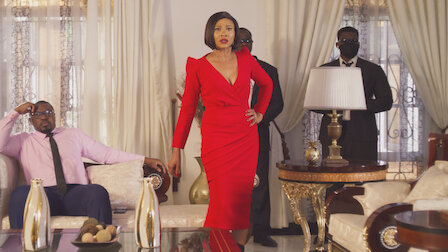 The elegant Toni Tones gives a good account of herself in her role as Eniola Salami’s inner demon, but occasionally her appearance seems disruptive and intruding. Remilekun ‘Reminisce’ Safaru does justice to his role as the fearsome, bloodletting Makanaki. His war of retribution doesn’t just add gore to the film, it boils the story until it climaxes. Charles ‘Charley Boy’ Oputa’s role as Odudubarioba is more aesthetics and less grit: his character lacks the guts and gore of a godfather.

Admirable as it is to see Adetiba taking the effort to infuse self-contained scenes that often unfurl like something out of a music video or action thriller, the many deviations, fascinating as they are, come at the expense of actually fleshing out the story. Even at seven hours plus, certain aspects of King Of Boys: Return Of The King feel undernourished and disjointed. In addition, the frame-within-a-frame-within-a-frame structure of the sequel makes it a tad too long, without necessarily providing a cinematic experience that is optimally satisfactory.

Carefully examining the cast ensemble and set design in this film, it’s clear that Adetiba injects some of the techniques from her days as the “Bruce Lee of (music) visuals” into this miniseries. Some of the scenes may be too drawn out, but she still succeeds in serving up a stimulating visual experience. With its glossy set and wide-angled image crafting, the film looks imaginative while also calling attention to itself. It boasts of a decent exercise in technique and style, even if the final product raises an eyebrow.  Ultimately, King Of Boys: The Return of the King struts proudly and holds its head up in an industry where excellent films are hard to come by.