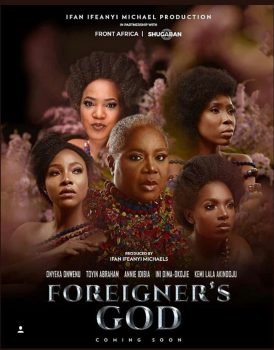 “Foreigner’s God” Review: A Good Story Ruined with Bad Accents and a Foreigner Nobody Needs

But if its white saviour narrative is its biggest problem, its most obvious flaw is that the movie is a feast of bad accents…

I am always wary of films about Africa (or parts of Africa) that feature white people, especially in major roles. I find myself wondering which of the one thousand and one ways the film will spin a white saviour narrative. Then, I hope that it will find a way to dodge the trope, but that rarely happens.

It certainly didn’t happen with Foreigner’s God, the Nollywood fantasy period film that recently hit Amazon Prime Video. Directed and produced by Ifan Ifeanyi Michael (Lotanna), Foreigner’s God could have been a wonder. Sadly, it ends up as a middling drama that feels grossly inauthentic.

Set in 1947 Enugu, just a decade and three years before Nigeria’s 1960 independence, the film follows an English documentary filmmaker, named Pepper Claude (Henry Brinton Coke), who comes to colonial Nigeria in search of “the mask of Anyanwu,” a cultural artefact of the Umuchu people. He is accompanied by Ikenga “Ayke” (Paul Sambo), a research assistant who was born outside of the country after his father, a native of Umuchu, was sold into slavery. But instead of the mask, they find a culture that brands certain women as witches and metes out horrible punishments to them without fair hearing. Unable to stomach the injustice, Pepper decides to stand up for these women, against the advice of Ayke, promising them justice and seeking to tell their story. Upon embarking on his newfound mission, Pepper meets and falls in love with Anya (Ini Dima-Okojie), one of the women accused of witchcraft and cast out, along with many others, into the camp of the witches.

Pepper is a white man (“onye ocha” as the natives call him) who announces “God bless Nigeria” as soon as he steps on Enugu soil and who wonders if the neckpiece that Ayke gives him makes him look more African. He teaches the local women good personal hygiene and preaches to the local men about how Africans supposedly contribute to the negative views of Africa held by the western world. He puts a pause on the research that brought him to Umuchu because he is a good man who felt the cancer in the land from the moment he stepped down from the Enugu train, and he cannot leave the said land “in the same despicable condition” that he found it. And even though the first woman he saves makes it clear that she does not want his justice, this white man thinks he can single-handedly bring justice to a community in which he is a stranger and whose customs he does not have any understanding of. 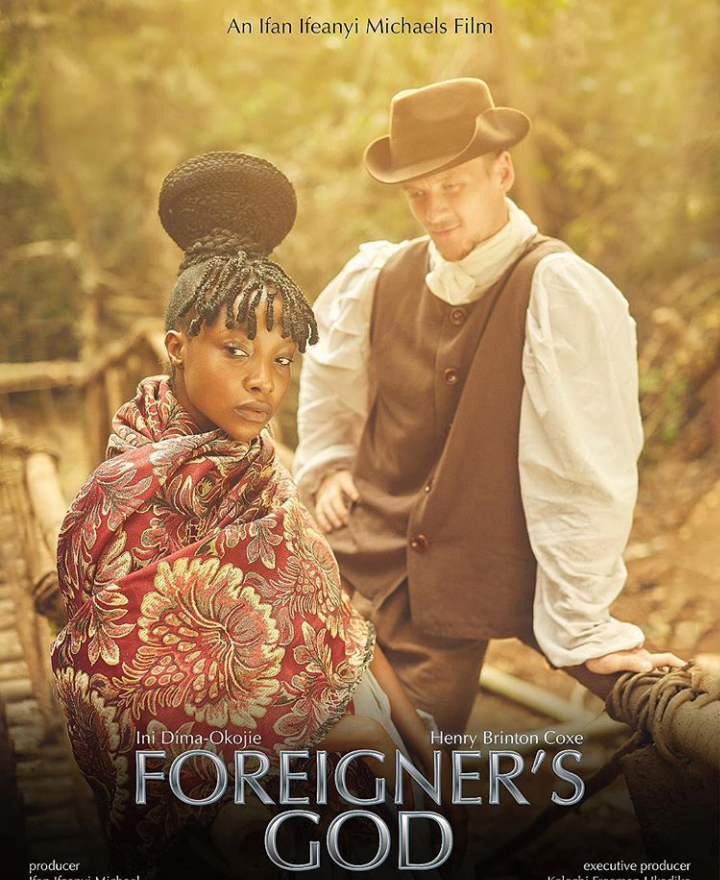 It is interesting that it is the traditional priestess, Nnebugo the Undying (played by Eucharia Anunobi), who identifies and brands witches, but it is Christianity, the religion imported into Nigeria by the white missionaries and colonialists, that is used to justify the punishments that are meted out to the women who are regarded as witches — the same punishments considered as savage by the white visitor. But Foreigner’s God, in its obsession with how the foreigner influences and affects its story, does not bother to interrogate this irony; neither does it interrogate the so-called barbaric culture that it focuses on. There is no attempt to understand the history behind the beliefs of the Umuchu people. Rather, the film takes the entire belief around witchcraft and reduces it to the autocracy of two “villains” — Dim Odigbo (Sam Dede) and Nnebugo.

In truth, Foreigner’s God did not need to be about a foreigner. Pepper really does not serve any purpose that one progressive native of Umuchu cannot serve, unless the point being made is that a village in 1947 Igboland could not possibly have had one progressive native who cared enough to stand against an unjust culture. It certainly does not help that Pepper is really never interesting to watch, and neither is the actor who plays the character. The film’s hero could just have easily been a native of the village. At least, that would have prevented the very weird situation where, so close to the end of colonial rule, a Nigerian woman who speaks English (because, according to the film, at least, the missionaries made sure that everyone “from the very old to the suckling child” could speak English) appears to be hearing the word “England” for the first time from Pepper and is surprised to see a white man with “hair like that of a woman” and “eyes the colour of the sky.”

But if its white saviour narrative is its biggest problem, its most obvious flaw is that the movie is a feast of bad accents. Of the major cast, Dede, who embodies the villain that is Dim Odigbo to near perfection, is the one actor with an appropriate accent. Toni Tones’ otherwise decent performance is tarnished by her “Hollywood African accent” — that renowned blanket accent that America’s film industry created for every African character that could possibly exist. Nancy Isime follows in Tones’ footsteps. Toyin Abraham and Anunobi opt for a caricature of an Igbo accent. Dima-Okojie and Bamike “Bam-Bam” Olawunmi put in good shifts in terms of their acting, but even they don’t sound like they belong in the time and place, despite their best efforts. And Sambo is very far from convincing as a person who has spent his entire life in England.

Curiously, even though the film does not feature nearly enough Igbo, the indigenous language of the Umuchu natives, (and the explanations in the film do not justify the use of English as the default language of choice among the natives), some of the non-Igbo actors have a surprisingly good hold of the language, with Dima-Okojie making quite an impression.

The white saviour narrative and the bad accents aside, there are a few things that work in the film’s favour, albeit imperfectly. Visually speaking, the era is very well recreated, even if the opportunity to establish the setting with excellent cinematography is lost and the visual effects circle between okay and poor. 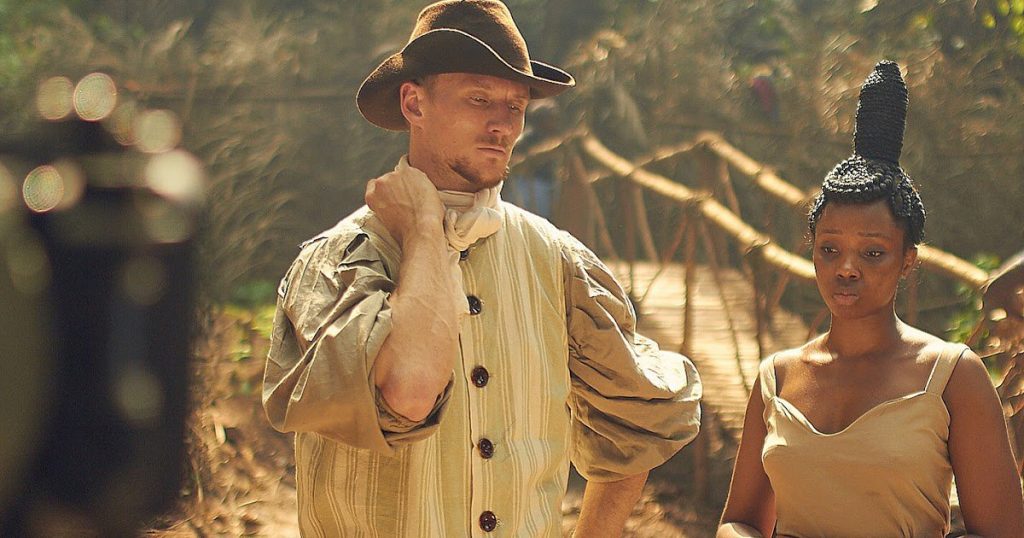 Plus, Foreigner’s God boasts of an interesting story that is considerably well developed. Although the plot initially feels scattered, it ultimately comes together. And while the messaging is too on the nose and almost suffocating — screaming out in literally every dialogue and action — the film covers a multitude of sensitive issues, from racism, colonial-era slavery and the part Africans played in slavery generally, to gender-based prejudices, rape, and everything in between. It even manages to touch on the desperation to japa, portraying how Nigerians looked down on their own country while aching for the white man’s land as far back as 1947 when the white man was actually in charge of governance in Nigeria.

Still, for all its ambition, Foreigner’s God is a let-down. It could have been a good film. But it adopts Hollywood’s problematic representation of Africa, and it wastes a good story on yet another white saviour that nobody needs.