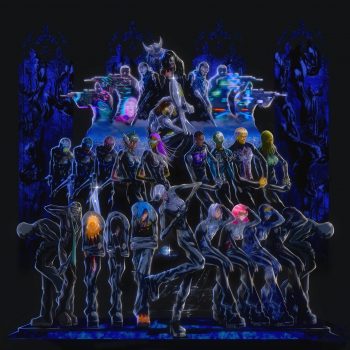 …while this complexity, sometimes, becomes the altar for his crucifixion, it also gives him the distinction he needs to soar…

Art, sometimes, can be depressing. To see through it would be to see through life itself, to see through smoking mirrors. And sometimes, the more you look, the less you see. With artists, a conceptual representation of life can be a chaotic experience, although one lush with excitement. And this is exactly the same experience that chaperones the sophomore and latest conceptual album dubbed, Final Heaven: Subaru Boys, from the Nigerian alté music kingpin, Cruel Santino.

To listen to someone like Cruel Santino, real name Osayaba Ize-Iyamu, you must first be radical at heart. With superlative genre-bending, incoherent ad-libbing and melodic exuberance, the 29-year-old singer has chiselled a catalogue of records that glimmers with artistic abstraction. And in Final Heaven: Subaru Boys, Cruel Santino’s penchant for artistic rarity soars in its peak, sparking a resurgence of the waning ‘Alté ’ community in Nigeria.

The alté community (pronounced alt-air, and short for “alternative”) is an artistic conclave championed by Santi and Odunsi around 2014, radiating more as an identity for bohemian creatives with more progressive and experimental art styles, than an actual music genre. Its adherents, from Santi, to Zamir, to Odunsi, Prettyboy DO, Lady Donli, among others, practise hyper genre-bending, making abstract collages with varied music styles from Indie Rock, Funk, Rap, EDM, dancehall, reggae, and so on. The styles seep too strongly as heavily non-African and could not be classified as Afro-fusion, sparking a clear distinction that later became christened by DRB members, Teezee and Boj, in their 2014 track, “Paper.”

However, while alté music caught on early, attracting a cult-following, scarcity of music from its key adherents and the low-marketing push from budding acts sentenced the community to its deathbed. With Final Heaven: Subaru Boys, there is hope for its survival, after all.

To listen to Cruel Santino’s Final Heaven: Subaru Boys, you might need some Aspirin and a lot of booze. But before you begin, you need to understand the spirit that skeletons the singer itself: the spirit of youth. Being a youth in Nigeria, and in many underdeveloped climes, can mean different things for different people. It is a life cycle of being endlessly profiled by the city’s conservative – many of whom occupy sensitive public institutions like the police, the Senate, the Church, and so on. It also represents a certain energy, a drive for innovation, a carefree confidence and an unquenchable thirst to succeed. Cruel Santino is this epitome of youth, just like the 70s and 80s Fela Kuti, in terms of radicalism. And in Final Heaven: Subaru Boys, he lives true to his legacy of defying the norm.

Cruel Santino creates music like time capsules, sonic vehicles to transport your mind to futuristic climes. Like in all his records, Final Heaven: Subaru Boys, aggressively unpacks a myriad of genre-bending, or what this writer prefers to call ‘genre fornication’ music. Cruel Santino blends sounds from Synth-y hyper-pop, reggae-dancehall and emo-RnB with a sort of smoothie-like rough smoothness. And this melodic eclecticism is actually the first and brightest highlight of this record. It radiates from start to finish, within all 21 tracks.

Final Heaven: Subaru Boys is a conceptual sound piece, primarily. Coined from Santino’s obsession with the Japanese culture, the moniker ‘Subaru,’ itself a Japanese name for a cluster of stars in the Taurus constellation, doubles as a popular vehicle brand. Santino’s project is baked in the spirit of teenage Japanese-anime obsession, with Asian song titles and phrases littered across the album. On one hand, its sonic direction is very progressive and unique, perhaps apt for the ‘final heaven’ distinction.

However, on a deeper look, it is yet another dive into the world of love and romance, with the album feeling like a story book of two teenage lovers.

Beginning with the Brazyybih-assisted “Matilda,” Santino sets the tone on the album with a mid-tempo groove, laced with fast raps and over-stretched future synths. In the song, he groans on a suffering relationship, as he tags the estranged lover a ‘subaru demon bitch.’ The song, interestingly, builds a scary energy momentum that will later be sporadically supported by the remaining songs in the album. The next song, “I Told Gus I’m Dreaming,” continues his love-themed adulations, as he affirms thus:

The album drifts along these lines, with varied differentiations like in the Koffee-assisted “Deadman Bone,” “Way of the Serpent,” and “Swagger Back,” where Santino gives a blurred storytelling on life’s struggles and survival, an ode to womanhood, and a vanity-doused self-extolling, respectively. With each song, Cruel Santino gives off a very refined artistic interpretation of everyday subjects, within the context of relationships.

Compositionally, it sounds very sexy, with finessed harmonies that seduce the ear, especially with the intricate details of children’s lullaby, like on the outro of “Heating Rocks” and on the intro of “Mermaid Aqua,” but rhythmically it can start to feel like an ear chore mid-way into the project.

The songs appear like Siamese children, often having a monochrome melodic template, boring the singer all the way into the middle of the album where “Deadman Bone” opens up with a reggae-dancehall energy that resets the mood of the project.

Lyrically, Final Heaven: Subaru Boys, soars for brevity of lyrics, characterised by repetition. Cruel Santino continues his artsy abstraction with his urban, ‘GTA’-type language, with a sprinkle of patois, pidgin and, for the first time in his career, Yoruba (albeit drowned in the Catholicism of his melodies). With a cliche subject matter and bland lyricism which only gets harder to hear because of his exaggerated vocal inflections and fast-singing pace, the project feels stressful to listen to at some point. The only song that has a significant recall value is the album’s lead single, “Final Champion,” where Santino choruses “Werey Touch me, werey touch me.”

When it comes to sound improvisation, you have got to give it to Santino. Unlocking his sonical vortex with his alté producers, Genio Bambino, Tochi Bedford, Le Mav, Tyler Turner, Odunsi (The Engine) The Monster Boys, and GMK (who mixed and mastered the album), Santino creates a sound unlike anything in the music market, even though the sounds start to feel like very eclectic mosaics of melodies from mostly 90s American Hip-hop.

With 21 songs, Santino stretches his eclectic legacy that was birthed in his earlier projects Suzie’s Funeral, and Mandy and the Jungle, giving off a very exciting sonic direction.

A strength of this project is Cruel Santino’s collaboration list. He works with his Nigerian alté counterparts: MAISON2500, Solis, Brazy, Brazzybih, Ebee, Seo, WiFiGawd, Chi Virgo, as well as the Jamaican superstar Koffee, Ghanaian singer, Amaarae, the American singer, Gus Dapperton, and the English rapper, Stormzy. On all the songs, Cruel Santino maintains a soft pace, allowing the individuality of the featured singers to power through the records. This happens in songs like “Born Again” with Amaarae, “Fallin” with Chi Virgo and Solis, “Wicked City” with Gus Dapperton, and “Evil Eyes Dirty Manners,” with Stormzy. On “Born Again,” Santino achieves a brilliant chemistry with Amaarae, rehashing the vibe on their hit previous song “Rapid Fire.” The duet with Koffee is another treasure trove, as it glows with a heightened adrenaline rush, epitomising the beauty of youthful exuberance via music.

“Final Champion” deserves special laurels on this album, as the song single-handedly has become the new alté anthem, sparking the revival of the community. Its hard-hitting basslines and piano synths inject a feeling of vibrancy directly in the consciousness of the listener, laced by Santino’s Hip-hop/90s rap flow.

“I got pace bitch/ No dey move like you be junkie/ Subaru boy, mermaid in the water no fit touch me/ Werey touch me, werey touch me (Hm, yeah)/ (Baby touch me, baby touch me)/ All my niggas on Subaru the boy/ We getting comfy/ Better watch your bitch/She taking me there, I had to run G,”

he talk-raps, sealing one of the most infectious choruses in alté history. In fact, when a snippet of the song came out last year, it became a holy grail for all alté music lovers, becoming one of the most vibrant snippets ever released in the Nigerian music scene.

Trying to understand Cruel Santino is like trying to solve a rubix cube. Santino began his career in 2011, where he grew a fanbase on SoundCloud under the moniker Ozzy B, birthing mixtapes like “Diaries of a Loner,” and “Birth of Santi.”

Later, in 2016, he morphed from Ozzy B to Santi (now he has transitioned to Cruel Santino over copyright issues), and put out Suzie’s Funeral, as well as his critically-acclaimed Mandy and the Jungle. In all of this, the singer has always dazzled with mysticism and complexity. His latest dive into Japanese and Mexican sub-cultures are rubber-stamp proofs of his seemingly dislike for pan-Africanist agendas in his discographies.

His music breathes with a certain universalism adored by music lovers from the Middle East, to Europe and even in Africa. He stands as one of the most experimental music-makers of his generation. And while this complexity, sometimes, becomes the altar for his crucifixion, it also gives him the distinction he needs to soar.

Cohesively, Final Heaven: Subaru Boys, is a statement sound piece, brimming with conceptual sound directions, a vague and cliched content compass, as well as sub-par lyricism. Its major antagonist, as mentioned, is its tortuous length, which feels more depressing with every listen. Its strongest points are Santino’s vocalisation, from his soft-groove emo-rap flows, to his pidgin-English buttered vibratos, as well as his stellar A&R; Santino’s collaborations, and also his successful mix of melodies.

Final Heaven: Subaru Boys does not eclipse the legacy of Mandy and the Jungle. If anything, it is shouldered by it. It is not Santino’s best work yet, but it comes very close. It is proof of the musical mad scientist’s relentless urge to remain radical and artistically excellent. 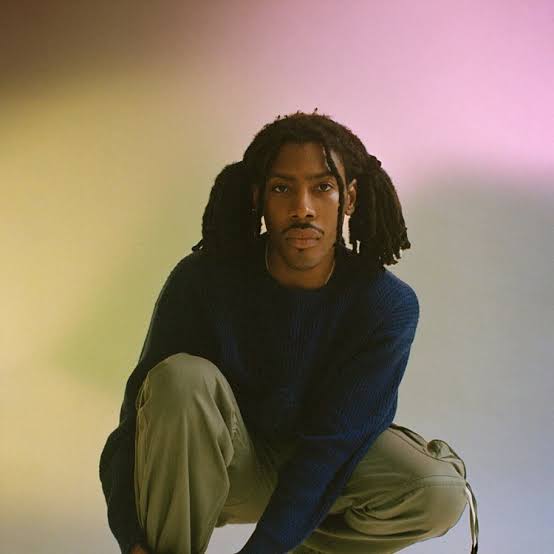 And with Santino’s musical offerings, it is only a thin line that barricades his genius from complete ambiguity. Final Heaven: Subaru Boys appears to be fenced on that line.

As hope rebounds for the alté community, one can only wonder about its sustainability. With a minority share of the music market audience, it means lesser shows and radio/TV airplay. Without a large marketing budget, it is bound to remain the underdog, with the digital community being its major lifeline. However, Cruel Santino’s recent record deal with Interscope Records shows that the global community has started to see the potential in alté music. Will it require more mainstreaming like Amaarae and Tems? Or will it be able to survive on its own, with its eclecticism and melodic rarity as its saving breath? Only time will tell.