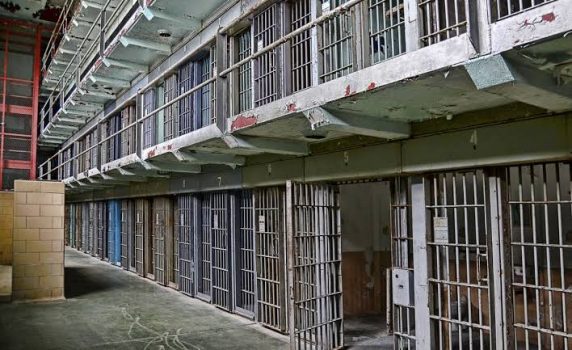 Beyond a Name Change, the Need for a Full Nigerian Prison Reform

Most of the prisons in use today were built during this era, and as you will come to see, very little has changed since then. Nigeria’s biggest prison, Kirikiri Correctional Facility located in Lagos, was initially constructed for 956 inmates, but is now occupied by 3,000 prisoners…

Last week, the Nigerian social media space was embroiled in a debate fest as Chidinma Ojukwu, the alleged killer of Super TV CEO, Michael Ataga, was crowned “Miss Cell 2022” in a pageantry contest organised at the Kirikiri correctional facility in Lagos. As pictures of the pageantry filtered into the Internet, people raised questions about the propriety of allowing a non-convict under trial participate in the beauty pageant.

There is actually nothing wrong with organising activities in prison. It’s a global practice. However, what I find insensitive & totally wrong is posting the information & pictures of Chidinma Ojukwu. This will only remind the man’s family of their loss. Such insensitivity!

However, the Nigerian Correctional Service (formerly known as The Nigerian Prison Service) explained in a statement that the contest was organised as part of events to mark the International Women’s Day with all prison inmates, whether convicted or awaiting trial.

Programmes like these are meant to engage the inmates meaningfully and give them a sense of belonging, even though they are not part of the larger society. Prisons are not just meant to hold criminals. Ideally, the prison system should be able to identify the unique challenges, factors such as poverty, lack of opportunities, criminal tendencies by association, mental state, etc. that led the inmate to commit the crime as well as devise personalised solutions to address these challenges. To this end, structured programmes such as recreational sports, religious services, educational developmental projects, and skill acquisitions programmes are organised so that inmates, upon release, are able to reintegrate seamlessly into the society which is certain to have developed far beyond their expectations and skill levels at the point of release. Recently, Eyitayo Ogunmola, CEO of Utiva, facilitated a training for inmates at the Ikoyi Prison on how to get into tech. This gesture was geared towards making technology inclusive for all.

But achieving this ideal is sometimes difficult in Nigerian prisons due to several problems including overcrowding, inadequate ventilation, poor feeding and poor medical treatment.

The origin of the Nigerian Correctional Service can be traced to 1861 when Lagos became a Crown Colony. At this stage, the focus of the colonial government was to guarantee the profits of the British merchants, protect legitimate trade, and guarantee the activities of the missionaries. Most of the prisons in use today were built during this era, and as you will come to see, very little has changed since then. Nigeria’s biggest prison, Kirikiri Correctional Facility located in Lagos, was initially constructed for 956 inmates, but is now occupied by 3,000 prisoners.

In Ebonyi State, the story is the same. The Abakaliki Correctional Facility located in the state was built to accommodate 387 inmates, but now accommodates no fewer than 1000. In most Nigerian correctional facilities, over 150 inmates inhabit cells that were originally designed to accommodate about 50 people.

Other African countries such as Ghana, South Africa, and Egypt face similar challenges of overcrowding, congestion and unsanitary conditions. Amnesty International in 2012 reported that prisons in Ghana accommodated 14,000 inmates, while the facilities should hold only 8,000. Prisons in Egypt are described as being notoriously violent, causing high suicide rates among inmates. A study in South Africa found that occurrence of HIV and tuberculosis were higher in prisons in the country than in the general population.

However, the ratio of those awaiting trial these countries are lesser. Ghana’s pre-trial detainees are at 11.6% , and Egypt’s is at 9.9%, while South Africa’s is at 34%. Nigeria, on another hand, is at 72.4%. This goes to show that the Nigerian justice and prison system is inherently flawed. The Nigerian prison system poses a significant human rights problem in the country. Unlawful arrests and unethical activities by the Nigerian Police have led to an increase in inmates which in turn exacerbated the already harsh conditions in prisons across the country.

The Nigerian government needs to ensure that the judicial system is fit for its purpose, to prevent unnecessary and unjust arrests in the first place.

According to recent statistics from the NCoS, out of 75,772 inmates currently in the Nigerian prison system, about 51,384 are awaiting trial. The figures also revealed that most of these Awaiting Trial Persons cases (ATPs) were delayed indefinitely. In this scenario, prisoners who don’t have the means to hire a lawyer to speed up their case end up languishing inside the prisons for years, with no hope in sight. For those whose cases manage to get through, conditions for bail are strict and difficult to meet.

With more population comes increased cost of running the prisons. The Federal Government allocates about ₦17 billion annually for feeding inmates. When broken down, this amount is barely enough to cater for prisoners. The Comptroller-General of the NPS, Ahmed Ja’afaru identified that a measly sum of ₦450 was being spent on each prisoner daily.

With a thin warden to prisoner ratio, overpopulation in Nigerian prisons also pose significant security risk, making it easy for inmates to stage jailbreaks. Over the last few years, there have been several successful jailbreaks in the country with about 3,400 inmates fleeing from prison. For instance, in December 2021, gunmen stormed a medium-security prison in Jos, managing to free about 250 inmates. That was the second time a jailbreak was happening in that prison. The first happened in July when four inmates escaped. Aside from jailbreaks, there have been several other riots involving prisoners, clashes between armed persons and law enforcement at police stations to forcefully release detained suspects. Most of these incidents have been widely reported on local media.

The poor living conditions in these correctional centres have also damaged the physical and mental wellbeing of many inmates as they are made to endure dehumanising conditions. Some have even lost their lives in the process.

In order to decongest the prisons, Justice Ishaq Usman Bello, a former chief judge of the Federal Capital Territory, started visiting prisons in his jurisdiction to free prisoners whose remand period had exceeded the maximum sentence possible for the crime committed.

The Federal government has also set up a presidential committee on prison reform and decongestion, headed by the Attorney General of the Federation. The committee claims it has freed about 10,000 inmates in four years. The government has also approved the construction of 3000-capacity custodian centers across the country in the six geo-political zones to tackle the scourge of overcrowded correctional centers.

In the thick of the COVID-19 pandemic in 2020, the Federal government released over 7,800 inmates in a bid to decongest the prisons and curb the spread of the virus among inmates.

But beyond the exercise of the prerogative of mercy, and other such goodwill gestures, more institutional measures still need to be put in place. The criminal justice system in Nigeria needs an overhaul. Improved legal and administrative frameworks should be introduced to ensure that inmates are given a swift and fair trial to decongest the prisons.

Chidinma Ojukwu winning a prison pageant caused a stir, considering how sensitive the ongoing case is as a person was murdered. It is important to shed light on the Nigerian prison system, and how dysfunctional it has become. A reform is imperative, beyond just a name change.