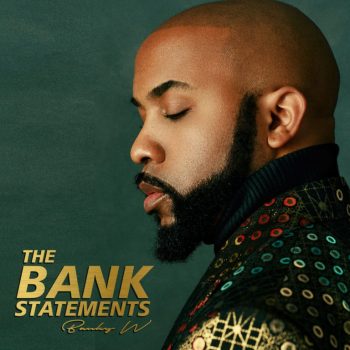 “The Bank Statements” champions the trinity of the evangelical, the political and the romantic. And in all the songs, Banky W’s EP achieves excellence in lyrical and rap delivery, depth, and melody.

Banky W’s return to the music scene after four years is marked by the evidences in his personal evolution in that hiatus. Since 2017, he has gotten married, gone into politics, become a father, apparently after a longer wait than expected – and amidst all the challenges in these brave endeavours, he has gone deeper into his Christian Faith.

One does not go through all of these without changing in some ways. The vantage of change is hence, one of the most important ways to view “The Bank Statements.” This short body of work is mostly Bankole Wellington updating his listeners with the journey of his life with his music. Asides being a mirror to Banky W’s personal evolution, the EP displays W’s versatility, intermingling in the boundaries between RnB, pop, hip hop and gospel. And he does these quite effortlessly while achieving a remarkable depth. W’s versatility and level of depth in the project is enough to place it as one of the most brilliant EPs of the year, in style and in content.

In the first track, “Welcome to the Bank Statements,” W displays his rap prowess, for which he has been known for over a decade. “This is not an intro/ this is my keynote…speech./ Welcome to the Bank statements, this is not a statement, but advice taken…” W’s rap is a rare one which strays from the usual hip hop culture of braggadocio and talks about spending money lavishly. Instead, he talks about being judicious: “Before you buy that Bentley/ make sure you buy a building…” he raps at one point. The core of his message is didactive, espousing sobriety rather than what the usual hip hop is known for.

The following track is a party jam titled, “Jo” which, alongside the 7th track, “Talk and do” were the earlier released tracks off the album. In the third track, “Song for you,” W returns to his trademark RnB where he delivers a heart-rending love song. “I don’t believe that the heart/ knows what to do from the start/ but I know the right thing is never too hard for me to do when I’m with you…” “Jo” is an attempt to express love philosophically and romantically.

The EP features two gospel songs. In “Selense” a song which is about rejoicing in God in gratitude for his blessings, he features one of Nigeria’s biggest gospel artistes, Mercy Chinwo. There is a great chemistry between the two singers. The song is fast-paced with danceable rhythm, tailored to evoke dancing from the audience. The second song, “My destiny” is a different kind of gospel song. Here, he sings with a gospel choir. In this song, featuring The Brookstone Community Choir, Banky expresses gratitude for God’s mercy and surrender to God’s will for his life.

The last track, “Talk and Do,” the only socially-conscious song in the album, has a self-evident message which encourages Nigerians to be more proactive in their demands for a good nation. It features veterans such as 2Baba and Timi Dakolo. It also features vocal and instrumental performances from Waje and Seun Kuti respectively.

Asides making a masterful statement, W has also produced art that mirrors his growth. “The Bank Statements” is the work of a grown man; one not just grown in age, but in wisdom and in a sense of responsibility.

However, W seems limited, and this is the imperfection of the EP. It does not do much to break any boundary. It is, with all its goodness as a mirror of change and growth, still the work of a master charting known territories. In “Talk and Do,” W raps about his passion for social issues and why he went into politics. He tries to champion the cliche of how people should get involved in politics before they can complain with the status quo. 2Baba also delivers a touching verse, “Where is the love, where?” he says.

It is a beautiful song, but it is still the work of relatively wealthy people making a show of their empathy without considering the structural problems of a country like Nigeria. In the end, the song seems like a mere romanticisation of Nigeria’s problem.

“The Bank Statements” champions the trinity of the evangelical, the political and the romantic. And in all the songs, Banky W’s EP achieves excellence in lyrical and rap delivery, depth, and melody. If W’s aim when he set out to “do it one more time” was to restate his place as a master of the game, he has achieved considerable success. In terms of lyrical brilliance, the delivery in “Welcome to the Bank Statement” and in “Press Restart” are enough justice.

In “Press Restart,” he raps, “I know I’m not a perfect man/ but it seems I am paying for the sins of your ex man/ I am doing the best I can to show you I’m a different man…” and, he captures in it, so accurately, the problems of toxic relationships, especially one where one partner carries over the trauma of the past relationship into the next. The beautiful singing in “Song for you” and “My Destiny” are also top level.
Here, indeed, Banky W has made a bankable statement.